Update 11/13: The U.S. Court of Appeals for the 7th Circuit’s decided Thursday to throw out an earlier dispute on nontaxable housing assistance from churches to pastors in Lew v. Freedom From Religion Foundation.

(RNS) A federal judge has ruled that an Internal Revenue Service exemption that allows clergy to shield a portion of their salary from federal income taxes is unconstitutional.

The clergy housing exemption applies to an estimated 44,000 ministers, priests, rabbis, imams and others. If the ruling stands, some clergy members could experience an estimated 5 to 10 percent cut in take-home pay.

The suit was filed by the Wisconsin-based Freedom from Religion Foundation on grounds that the housing allowance violates the separation of church and state and the constitutional guarantee of equal protection. The group’s founders have said that if tax-exempt religious groups are allowed a housing subsidy, other tax-exempt groups, such as FFRF, should get one, too.

U.S. District Court Judge Barbara Crabb on Friday (Nov. 22) ruled in their favor, saying the exemption “provides a benefit to religious persons and no one else, even though doing so is not necessary to alleviate a special burden on religious exercise.”

The case, decided in the District Court for the Western District Of Wisconsin, will likely be appealed to the Chicago-based 7th U.S. Circuit Court of Appeals, which covers the states of Wisconsin, Illinois and Indiana.

The housing allowances of pastors in Wisconsin remain unaffected after Crabb stayed the ruling until all appeals are exhausted. Crabb also ruled in 2010 that the National Day of Prayer was unconstitutional; that ruling was overturned the following year.

Earlier this month, the 7th Circuit barred the enforcement of the Obama administration’s contraceptive mandate, an issue circulating through federal courts across the country and likely to be taken up by the U.S. Supreme Court next spring. 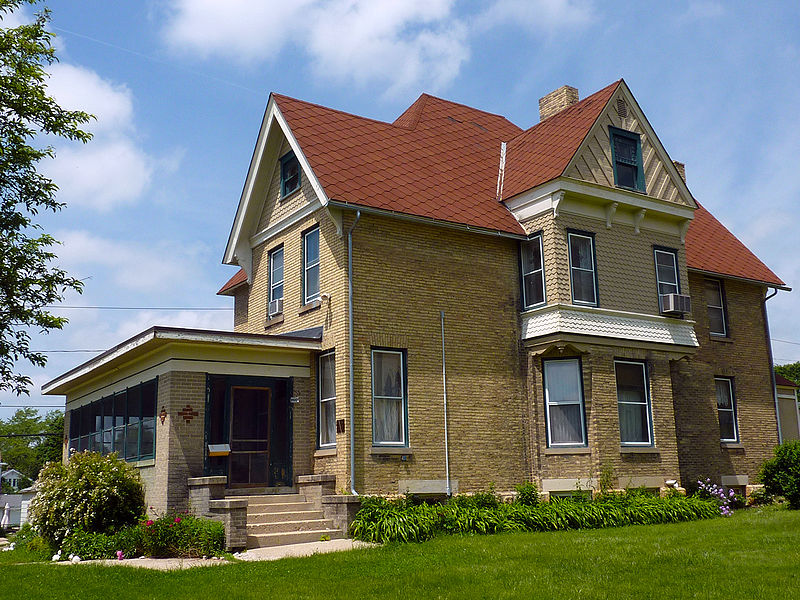 The parsonage of First Methodist Church in Monroe, Wis.

Churches routinely designate a portion of a pastor’s salary as a housing allowance. So, for example, a minister that earns an average of $50,000 may receive another third of income, or $16,000, as a tax-free housing allowance, essentially earning $66,000. Having to pay taxes on the additional $16,000 ($4,000 in this case), would mean an 6 percent cut in salary.

Crabb ruled that the law provides that the gross income of a “minister of the gospel” does not include “the rental allowance paid to him as part of his compensation, to the extent used by him to rent or provide a home and to the extent such allowance does not exceed the fair rental value of the home, including furnishings and appurtenances such as a garage, plus the cost of utilities.”

Tobin Grant, a political science professor at Southern Illinois University, said the exemption dates from an era when churches paid clergy who lived in church-owned parsonages.

“Over time, fewer churches owned parsonages and instead gave clergy housing allowances, which were also treated as tax-free. The difference, however, was that these were regular salaries that now had an exclusion. Part could be tax-free, part couldn’t. So, why not give a pastor a huge housing allowance, which is tax free?”

The ruling addresses the housing allowance, while parsonages are still tax-exempt properties, like the churches that own them.

Peter J. Reilly, a contributor to Forbes, writes that the exclusion goes back to 1921.

“I’m not sure what Congress could do in this instance,” he said. “There is strong clergy influence on both sides of the aisle though, so there is a good chance that Congress will at least try to make it look like it has done something.”

The law’s tax exemption has been contested since a decade-old dispute between the IRS and California megachurch pastor Rick Warren. In 2002, the IRS attempted to charge Warren back taxes after he claimed a housing allowance of more than $70,000.

He eventually won the federal court case, and that led Congress to clarify the rules for housing allowances. The allowance is limited to one house, and is restricted to either the fair market rental value of the house or the money actually spent on housing. 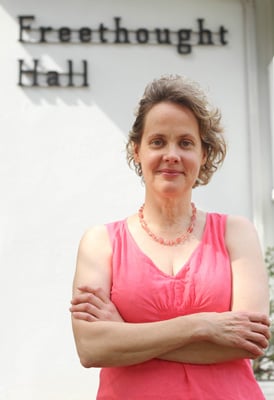 Annie Laurie Gaylor and Dan Barker, co-presidents of the Freedom from Religion Foundation, which brought the suit, hailed the decision. “May we say hallelujah! This decision agrees with us that Congress may not reward ministers for fighting a ‘godless and anti-religious’ movement by letting them pay less income tax,” they said. “The rest of us should not pay more because clergy pay less.”

“The clergy housing allowance isn’t a government establishment of religion, but just the reverse,” said Russell Moore, president of the ERLC. “The allowance is neutral to all religions. Without it, clergy in small congregations of all sorts would be penalized and harmed.”

Church housing has been a hot topic in recent months as the Southern Baptist pastor of one of the nation’s fastest-growing churches is building a 16,000-square-foot gated estate near Charlotte, N.C. The tax value on the 19-acre property owned by Steven Furtick of Elevation Church is estimated to be $1.6 million.

Earlier this year, the federal government offered the Freedom from Religion Foundation a tax break available to religious groups that it rejected.

Separately, in a federal court case in Kentucky, atheists are challenging IRS regulations that exempt religious groups from the same financial disclosure requirements of other nonprofit groups.