(RNS) A Pentecostal couple who believes in faith healing has been sentenced to 3 1/2 to seven years in prison for neglecting to take their sick son to the doctor. 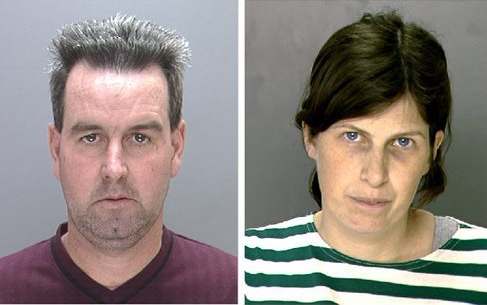 Herbert and Catherine Schaible were sentenced to as much as 20 years in prison for the faith-healing death of their son.

Herbert and Catherine Schaible were already on a 10-year probation for the 2009 death of their 2-year-old son, Kent, who died of untreated bacterial pneumonia, when their second son, Brandon, died last year.

“We believe in divine healing, that Jesus shed blood for our healing and that he died on the cross to break the devil’s power,” Herbert Schaible told police after the death of his second son.

The family are third-generation members of northeast Philadelphia’s First Century Gospel Church, which teaches it is a sin to call on the help of a doctor.

“My religious beliefs are that you should pray, and not have to use medicine. But because it is against the law, then whatever sentence you give me, I will accept,” Catherine Schaible, told the judge, according to The Associated Press.

The couple expressed remorse for violating a 2011 court order in which they promised to seek medical care for their other children as part of their guilty verdict for involuntary manslaughter in Kent’s death. Last November they pleaded no contest to third-degree murder charges in Brandon’s death.

After the couple finish their sentences, they will then face 30 months of probation.

Philadelphia Common Pleas Judge Benjamin Lerner told the couple that it was not their son’s time to die. “You killed two of your children … not God, not your church, not your religious devotion — you,” the AP reported.

According to testimony at the couple’s preliminary hearing, Brandon was sick with diarrhea and vomiting and was having trouble breathing before he died. Instead of taking their son to the doctor, the parents prayed for his healing and called a church pastor to come and pray with them while they rocked him on their recliner in the living room.

At the preliminary hearing, Philadelphia Deputy Chief Medical Examiner Dr. Gary Collins testified that Brandon died of a combination of dehydration and bacterial pneumonia. Had Brandon been given antibiotics and fluids he could have survived, Collins said.

The Schaibles have seven surviving children, with six of them who are younger than 18 in foster care.

News
Assemblies of God, the largest Pentecostal denomination, hosts biennial convening in Orlando
Follow us on Facebook!
Submit your photos to RNS