Several news agencies out of Kansas are reporting that Fred Phelps—founder of the infamous hate group Westboro Baptist Church—has died, citing a statement from one of his relatives.

Much will be made of his death, and some will surely celebrate it. I understand that impulse; years ago, as a deeply conflicted adolescent struggling greatly with being gay and a fundamentalist Christian, I felt the sting of his hateful words intimately.

But today, as an openly queer atheist, no part of me feels glad over his reported death. A sad and bitter life has ended, leaving behind a legacy of hate in its wake.

I have little to add to the chorus of voices condemning his years of dehumanizing anti-LGBTQ (lesbian, gay, bisexual, transgender, and queer) activism. They will find no disagreement from me.

But I will say this: the end of Fred Phelps is no victory. His group will continue its work, as will others opposed to LGBTQ rights. Those of us committed to promoting human dignity and compassion must continue ours.

The LGBTQ equality movement has demonstrated that people generally change their minds because of relationships, not shouting matches. Thus, Westboro Baptist Church’s work was doomed to fail from the start.

WBC and Phelps may have been good at getting attention, but they’ve largely failed to change hearts and minds in their direction. (If anything, they’ve made anti-LGBTQ views that much more unattractive.) May their utter failure to promote their vision of a divided world be a lesson to us all.

The consequences of that divided world are evidenced in the life of a man who was widely known of but not well-known. Phelps spent much of his life in a compound, largely interacting with those outside the bounds of his community through press releases and shouts offered across barricades and police tape.

Attempts to reduce the humanity of others cut us off from the world, reducing our own humanity in the process. Perhaps the legacy of Fred Phelps is not his anti-LGTBQ activism, but that his life serves as a perfect example of the isolating effects of hatred. 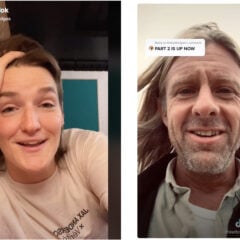