(RNS) More than six in 10 Americans say publicly held corporations should be required to provide employees with health insurance plans that include no-cost contraception coverage, with smaller majorities saying the same for privately held corporations and small business. 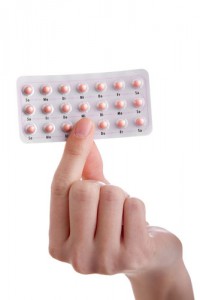 More than four in 10 Americans support the Obama administration’s controversial contraception mandate, which requires nonprofits and businesses to provide birth control even if they have religious objections.

The poll from Public Religion Research Institute comes as the Supreme Court prepares to issue its decision in a challenge to the contraception mandate filed by the evangelical owners of the Hobby Lobby arts and crafts chain and a Mennonite-owned wood cabinetry business.

Churches and houses of worship are exempt from the mandate, but nearly 100 nonprofits, colleges and universities and businesses run by people with religious objections to various forms of contraception have filed lawsuits over the mandate.

A 2012 poll by the Pew Research Center found that 48 percent supported a religious exemption to the mandate, while 44 percent said businesses should be required to cover contraceptives like other employers. The PRRI poll asked a bit differently, asking whether institutions and businesses should be required to provide their employees with health care plans that cover contraception or birth control at no cost. Pew asked whether those groups should be extended an exemption.

White evangelicals especially believe religious liberty is being threatened in the United States today, at 83 percent, compared to 55 percent of Catholics and 53 percent of white mainline Protestants.

While more than 50 percent of Catholics believe that public and private businesses should be required to provide employees contraceptive coverage, less than half of white evangelicals support the mandate.