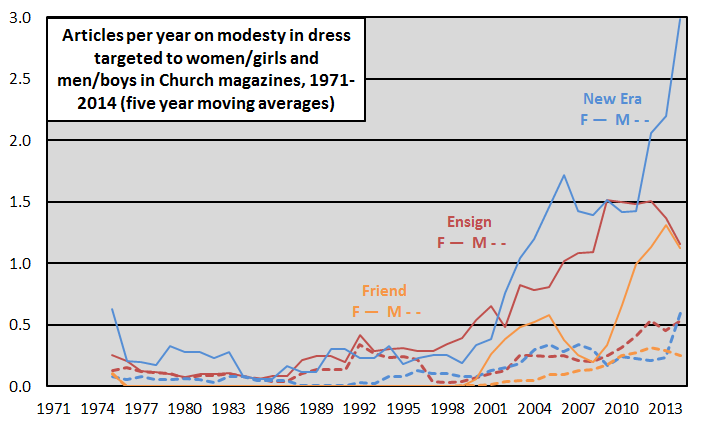 The Salt Lake Tribune reported yesterday on a fascinating study that the Mormon blog Zelophehad’s Daughters has done into the rise of modesty rhetoric in Mormonism.

Using three official LDS church magazines (The Ensign, New Era, and The Friend), the author tracked references to modesty from 1971 to 2014. How many times did the magazines encourage Mormons to dress modestly? What age group was being targeted by this advice? What gender?

In related news, CNN reports on a story that has been brewing in the Mormon Twitterverse for days: A Utah public high school yearbook  Photoshopped sleeves onto the pictures of some female students who actually wore tank tops—without the students’ knowledge or permission.

When a tax-supported public school in a predominantly Mormon area imposes Mormon modesty standards on female students who may or may not be LDS—and does not alter boys’ photos in any way—that should tell us: “Utah, we have a problem.” 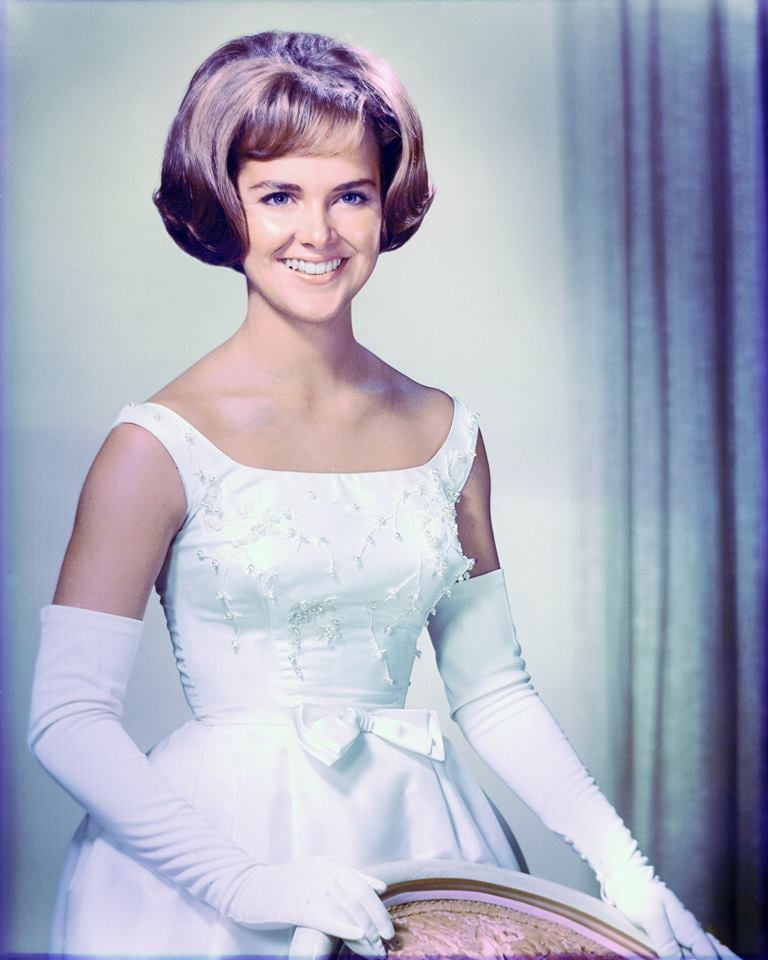 The 1964 Homecoming Queen at BYU

Interestingly, it’s a recent problem. The Mormon sexualization of women’s shoulders—and even children’s shoulders (!), as this Friend article from 2011 suggests—is something new.

Mormon females used to wear sleeveless tops and dresses, as this photo of the 1964 BYU Homecoming Queen demonstrates. The For the Strength of Youth manual didn’t have any restrictions about sleeveless clothing then (though backless and strapless were flat out).

There are likely several factors at work. First, as the broader culture has become more permissive, even to the point of marketing sexy clothing for little girls, it makes perfect sense that the Church would strive to counteract it, even if that means going too far in the other direction. It’s wrong for children—of either gender—to be dressed in a sexual way. As the APA reports, a too-early focus on sex can have negative effects on kids’ self-esteem and mental health.

Second, this may be part of a broader trend for the Church to spell out in  precise detail what its standards entail, especially for teens. For the Strength of Youth used to be sixteen pages. Now it is three times that length.

But neither of the above reasons addresses the question of why shoulders in particular have emerged as a litmus test of modesty.

Perhaps it’s because shoulders are a recognizable symbol of human power and strength.

In every one of these examples, the human shoulder is a locus of might.

As tense discussions continue to erupt about Mormon women’s power, it’s not an accident that the corporeal locus of that tension has become their shoulders.

We are acting out our discomfort with women’s power by covering their shoulders, the part of the body that most represents responsibility, capability, and authority.