About two hours ago, the New York Times reported that John Dehlin, the founder of Mormon Stories, and Kate Kelly, the founder of Ordain Women, are facing disciplinary hearings that may result in their excommunications from the Church of Jesus Christ of Latter-day Saints.

I’m heartbroken and angry, and not just because these are good people whose work I admire.

Kate is a courageous Mormon pioneer, asking our people to confront systemic inequality and bias against women, even when this has caused some people to hurl insults and threats in her direction.

John is a fifth-generation Latter-day Saint who has done more than any other person I know to help Mormons understand that doubt is not the enemy, but an integral part of a mature journey of faith.

I’m sad for them. But I’m even more sad for what the Church would look like without them.

And anytime an institution lashes out in fear against what it perceives as the Other, choosing dogma over love and advocating the tidy disposal of inconvenient people, we are all diminished.

The fact that these individuals received their disciplinary letters in a two-day period even though they live far apart from each other seems to signal that these are not isolated actions initiated by local stake presidents in two very different parts of the country, but a coordinated effort on the part of the LDS hierarchy in Salt Lake City.

I’d love to be wrong about that. But it doesn’t look like it, unfortunately. Already I have heard the question from a reader wondering if I am “next,” if this is a wider purge of bloggers and activists who have criticized the Church’s stance on homosexuality (check), women’s roles (check), or other matters (check).

If that’s what is coming for me, so be it. I would be terribly sad to be disfellowshipped or excommunicated from my church — excommunication meaning, literally, out of community.

I’ve been a Mormon for more than twenty years. This is my home, and Mormonism is part of my core identity. I love it.

But I have always known there might be a price for having my own opinions in a culture that so values conformity and obedience.

If the point of these pending excommunications is to strike fear in the hearts of other Latter-day Saints who love the Church but do not always agree with it on matters of social justice, then it has already failed. For Zion’s sake, and for my own, I will not keep silent. 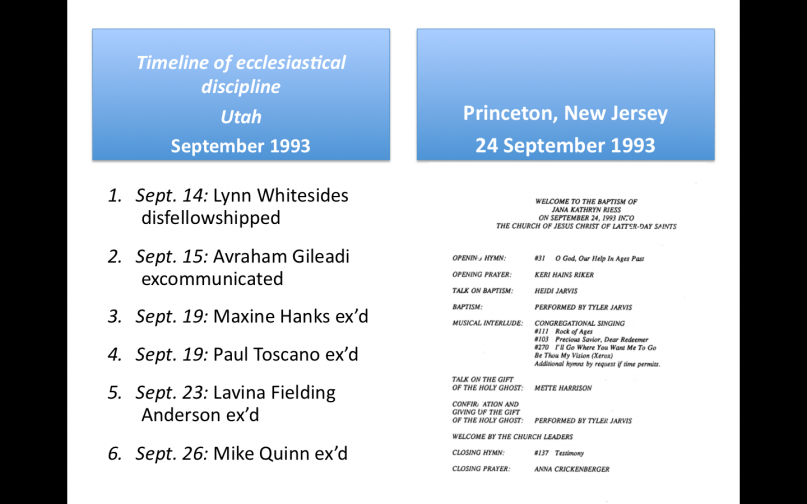 I joined this Church in September 1993 — which was not, as you can see from the slide above, the most welcoming time for a feminist to be baptized as a Mormon! I knew what was going on with the “September Six” excommunications and knew that the Lord was still calling me to join this Church.

As a supporter of gay rights.

News
Mormon leader: Nicknames for faith are ‘victory for Satan’ 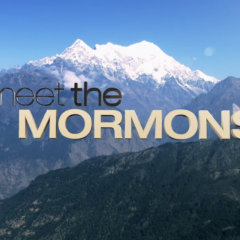 Flunking Sainthood
I’m a Mormon! But I’m not supposed to call myself that anymore.