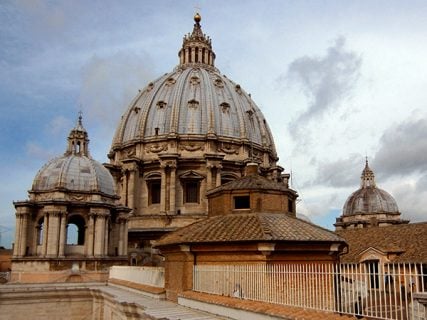 The Vatican on July 9, 2014 announced reforms to its bank, including tapping Jean-Baptiste de Franssu as its new president.

French businessman Jean-Baptiste de Franssu on Wednesday (July 9) was named new president of the bank, formally known as the Institute for Works of Religion, replacing Ernst Von Freyberg, a German who has run the bank since February 2013.

Six new lay members, including Mary Ann Glendon, a former U.S. ambassador to the Holy See and Harvard law professor, will join the bank’s board.

Australian Cardinal George Pell, head of the Vatican’s economic secretariat, announced the latest changes, which he said are designed to improve vigilance and transparency.

“There are many challenges and much work ahead,” Pell said. “The Holy Father has made it clear these changes should move forward expeditiously.”

The changes came only a day after the bank revealed a dramatic fall in profits and the closure of almost 3,000 accounts after an intense screening process that was launched after the bank was clouded by money laundering and corruption scandals.

“Our ambition is to become something of a model for financial management instead of cause for occasional scandal,” said Pell, adding he had the full endorsement of Pope Francis and the cardinals who elected him in 2013 to create a more transparent Holy See.

Von Freyberg said there were many incorrect perceptions of the bank, noting it did not hold “enormous assets” from Italian families or politicians.

Despite some media speculation about whether he was being forced out, Von Freyberg appears to be leaving for personal reasons. He said he has good relations with his successor and was proud of his legacy.

“We have created transparency, “ said Von Freyberg. “Today the (bank) is in good shape.”

Pell announced plans to transfer the bank’s investment business to a new central body called Vatican Asset Management. The IOR, as the bank is known, will focus on financial advice and payment services for clergy, congregations, dioceses and lay Vatican employees.

After embracing social media with the pope’s enormously successful Twitter account and Facebook sites, the Vatican is also creating a special committee to overhaul its global communications.

Lord Christopher Patten, a former British politician and ex-chairman of the BBC Trust, will take charge of the pope’s new media advisory board. The board will also include Gregory Erlandson, the former head of the Catholic Press Association in the U.S. and Canada and a 30-year veteran of the Catholic press.

Pell said the committee would spend the next year looking at changing media trends and ways to improve communication and reduce savings and duplication.