Some missionary cultures are in need of a conversion.

In recent weeks, I have been contacted by a growing number of adults who were sexually victimized as children while living overseas as their parents were serving as missionaries. These communications have been a stark reminder of what I learned when GRACE participated in independent investigations related to the abuse of children on the mission field.

Understandably, survivors of such abuse generally don’t trust the mission agencies to internally investigate such claims, nor to hand the investigation over to their lawyers. As a result, GRACE has acted as an independent investigator to search for the truth and to provide substantive analysis and recommendations. This approach not only opened the door for abuse survivors to communicate their painful experiences in a safe environment, but it also encouraged the mission institutions to develop a thoughtful, thorough, and compassionate response to abuse. These experiences provided me an unprecedented and unique exposure to the common problems inherent in mission cultures where abuse is present. 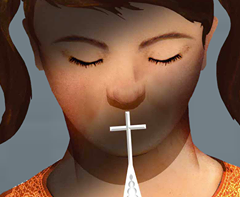 I will never forget my conversation with a young man who had been abused while attending a missionary boarding school. He never told his parents about the ongoing abuse because he had been warned by the missionary school administrators that, “Africans will burn in hell” if his parents had to leave the “field” to come care for him. This child suffered in silence for years, convinced that he was of little value to anyone, including God. In the course of our investigations, we interviewed dozens of child sexual abuse survivors who have walked a tragically similar path as this young man.   A path where the protection and preservation of God’s children take a back seat to the work and reputation of the missionary organization. A path where children find themselves in a foreign land being sexually assaulted by adults who profess a “love” for Jesus. A path where these same children are re-victimized by institutions that care more about ministry “success”, than the very souls of their little ones.

The physical, emotional, and spiritual wounds of such toxic missions cultures are deep and lifelong. One former missionary kid (MK) recently wrote, “When I think back on my growing up years, there were many time periods that were difficult, but note so terrifyingly helpless as my years spent as an MK.” Many of those abused on the mission field as children find it impossible to have any meaningful form of religious faith, while others walk away from the faith altogether feeling betrayed by God.   One abuse survivor told me, “Being abused on the mission field has destroyed any spirituality that I had with Christianity. I would like to have something to share with my children besides Santa Claus. I hope I will understand God one day.”

More and more survivors of physical and sexual abuse on the mission field are beginning to step forward to share their similarly painful and scaring childhood experiences. Blogs, Facebook pages, and films have assisted these brave individuals to finally expose the worst kept secret of many missionary cultures, while at the same time letting other survivors know that they are not alone. Below are just a few of the many websites dedicated to bringing this darkness to light. Take some time to review these sites and listen to the cries of God’s children:

There has been recognition by some missionary organizations of past and present failures related to the abuse of MKs. Unfortunately, much of this recognition has been fueled more by institutional concerns about reputation than by grief over the horrors inflicted upon these children. As a result, many hollow promises have been made followed by little genuine effort to demonstrate authentic repentance and to bring about substantive change.

A mission organization that treasures itself will destroy souls, including its own.

The DNA of international missions must be transformed if the mission field is going to fulfill its God given mandate of sharing and demonstrating the Gospel to all peoples, beginning with missionary children.

It is time for the world of missions to embark on a new path. I remain hopeful.