(RNS) Bishop Tony Palmer, a charismatic preacher who used a cellphone camera to record Pope Francis issuing an appeal for Christian unity between Catholics and evangelicals, died Sunday (July 20) after a motorcycle crash in the United Kingdom.

In January, Palmer held the smartphone that recorded Pope Francis calling on all Christians to set aside their differences. Palmer, a bishop and international ecumenical officer with the independent Communion of Evangelical Episcopal Churches, also helped coordinate the pope’s meeting with televangelists in June.

In the video, Pope Francis referred to Palmer as “my brother, a bishop-brother,” saying they had been friends for years. “Let us allow our longing to increase so that it propels us to find each other, embrace each other and to praise Jesus Christ as the only Lord of history,” Francis said. 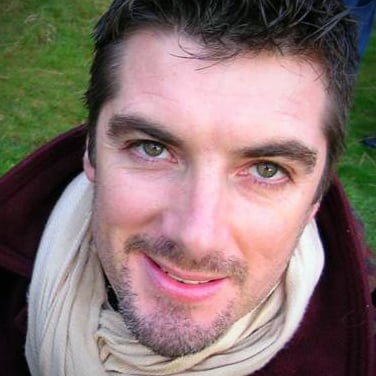 Bishop Tony Palmer died on July 20, 2014, after a motorcycle accident.

Born in the U.K. and raised partly in South Africa, Palmer had served as the director of the South Africa office of Kenneth Copeland Ministries. On Copeland’s website, Palmer said he had met Archbishop Jorge Bergoglio of Buenos Aires (now Pope Francis) in 2008 when Palmer sought permission to work with charismatic Catholics in the city.

In a February blog post for Patheos, Anglican-turned-Catholic priest the Rev. Dwight Longenecker focused on Palmer as representing something new in Anglicanism, especially for Palmer’s involvement in the Convergent Movement, a charismatic Anglican group that ordains women as deacons and priests.

“One has to ask, when Tony Palmer presented himself therefore as ‘an Anglican Bishop’ did Archbishop Bergoglio of Argentina have any idea that this was the background and was he aware of this rapidly shifting identity of Anglicanism? I suspect he did not,” Longenecker wrote. “How was a Catholic bishop in Argentina expected to be aware of the mushrooming complexity of Anglicanism?”

After the pope’s June meeting with televangelists, Longenecker wrote that the real division among Christians is not between Catholics and Protestants.

Retired Pope Benedict XVI invited Anglicans to join the Catholic Church, allowing priests to remain married and continue to have some autonomy. With a Catholic wife, an international background and a charismatic evangelical blend, Longenecker wrote, Palmer served as the perfect “face” for new Anglicanism.