I’m so pleased to be able to fill in for Boz this week as he enjoys a well-deserved time away with his family. Aside from being able to help out a friend, this guest post provides me an opportunity to address a topic that is of great interest and concern to me in protecting children from predators: Recidivism. 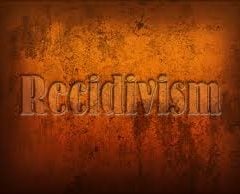 The Merriam-Webster dictionary defines recidivism as, “The tendency to relapse into a previous condition or mode of behavior.” This has become a hot topic in the last few years as it relates to the different treatment models that have been put into place for sexual offenders. One school of thought argues that nothing can be done for sex offenders to change their behavior. Another school of thought argues that there is some evidence that some offenders can avoid reoffending with the managing of behaviors and triggers.

This is a complex subject that certainly cannot be fully addressed in one post. However, I think it is important to begin this discussion with a few key points to consider when re-offense (recidivism) rates are discussed:

It is important that we distinguish between the different types of sexual offenders when addressing the issue of recidivism. For example, pedophiles represent a smaller number of offenders convicted for sexually abusing children. However, they tend to have higher numbers of victims and higher recidivism rates than any other type of sex offender. On the other hand, researchers have identified some sex offenders who assault adults that eventually stop perpetrating.  Thus, studies that do not distinguish between pedophiles and adult rapists do not accurately reflect the risks to children.

Churches must understand more about the typology of offenders to help them understand that recidivism isn’t as simple as any one study. Offenders are drawn to faith institutions initially for the same reason that they are drawn to schools, youth sports and other youth-oriented activities. It’s the easiest way to gain access to children outside their own families. Tragically, many of these same offenders are also abusing within the home. Regardless, grooming children and gaining the trust of parents doesn’t happen unless the children are a focus of the activity in which the offender is engaged.

In order to truly safeguard children, faith communities must recognize that activities involving children attract two kinds of people: those who love children and those who would prey on children. At any given point in time, we cannot be certain which of those two types is engaging with our children during vacation bible school, children’s church, Sunday school, or youth group. As Christians, we often chide ourselves for being suspicious of others and not acting with the highest level of charity and compassion. Though there is nothing wrong with acting that way, it is critical to understand that not everyone we encounter in the faith community is vigilant in wanting to protect little ones and to ensure that opportunities for abuse are minimized. When you observe something suspicious, confront it head on. If not by addressing it directly with the individual, then by taking immediate steps to protect the children in that situation and then reporting the matter to the church leadership. When it is known that an individual has sexually abused a child in the past, allowing that person to have any access to children is simply foolish and demonstrates a complete disregard for the safety and well being of the child.

I’ve chosen not to weigh this post down with various studies confirming that recidivism exists at a particular level because I don’t think that anyone disputes that fact. At the end of the day, I believe the level of reoffending is completely irrelevant. One sexually abused child is one too many. Let’s stop spending so much time and energy arguing the percentages of who may reoffend and who may not. Do you want to be the church that plays the odds and loses at the expense of a child? I think very few would embrace such a dangerous game.

Instead I think it is time that we focus our attention on prevention efforts that will address the risk of the “known offender” and, more importantly, “he who has yet to be caught.” The unknown offenders are the most dangerous because they repeatedly abuse children while others have absolutely no suspicion. The same policies that protect children from known offenders should be in place even when such known offenders are not in the church.

Common sense is the most valuable defense against those who reoffend. For example, when an 18-year-old offender discloses that he is on the sex offender registry for having sex with his 16-year-old girlfriend, check it out. Criminal convictions are listed on the registry. (It’s important to know that convictions may represent only one of multiple charges against the individual or may be a lesser offenses which the offender agreed to plead to rather than face trial on a more serious charge.) If you check and the registry indicates that he was convicted of child molestation, he’s lied to you. If he’d commit child molestation and then lie about it to get into your church, do you really want to risk the safety of your children because he’s expressed repentance? I certainly hope not because this offender is at high risk for recidivism.

Regardless of what you may believe about the recidivism rates of child sexual offenders, perhaps we can all agree that compromising the safety of our children is neither wise nor Christian.

Stephanie Smith is a former deputy prosecutor from Indiana who prosecuted cases of child maltreatment includes sexual abuse. She served as the first regional director for the Gundersen National Child Protection Training Center’s Southern Regional Center. She continues to work with Gundersen as principal of Child Protection Training Services based in Westfield, IN. You may contact her at [email protected]