(RNS) Too often, it can be easy to assume that some issues are less prevalent in the church. We forget that, as a collective of individuals shaped by the culture at large, sin is indiscriminate in whom it touches. Many church leaders do not realize that all evils are present in their congregations, especially sins that carry a heavy culture of silence.

A new LifeWay Research poll shows that 74 percent of pastors misjudge the prevalence of sexual and domestic violence within their congregations. Considering that the World Health Organization estimates that 35 percent of women globally have experienced sexual or physical abuse, and the U.S. Centers for Disease Control reports that this statistic for men is 25 percent, it is past time pastors learned how to recognize the signs of domestic abuse and effectively address it.

After TMZ’s release of the video showing NFL running back Ray Rice assaulting then-girlfriend and now-wife Janay Rice in an elevator, pundits have criticized NFL Commissioner Roger Goodell’s handling of the case — specifically, that he suspended Rice indefinitely from the league only after the video became public (and after initially suspending him for a mere two games).

Victims advocates, sports columnists and legal experts alike have condemned Goodell for interviewing Janay and Ray Rice together during the disciplinary process, which took place after Ray Rice had been indicted by a grand jury on an assault charge. Asking a victim’s opinion of her abuser — while he is in the same room — parallels a broader concern about abuse victims not being supported or empowered to voice the crimes being committed against them.

At the age of 22, after I finally mustered up the courage to file for divorce from the man who had injured me verbally and physically, the elders of our congregation sat us both down in the same room to confront what they felt was my sin in choosing divorce. These men were individuals whom I had looked up to for my entire life, whose children I had baby-sat, who served alongside my father — the lead pastor of the church — who had been denied a seat at this meeting.

With my then-husband in the room, my attempts to explain the desperation of my situation fell on hardened hearts. “If you go through with this divorce,” one of the elders told me, “God will never use you.”

Miraculously, God has used that terrible situation to work great good in my and others’ lives. But the culture of silence that kept me in that situation in the first place continues to haunt churches in America and across the world.

Many abuse victims do not speak out of fear that the perpetrator will harm them or a loved one. Others do not even realize they live in an abusive situation, or they have had their confidence so degraded that they fear total social isolation if they were to leave their violent partner. Regrettably, misconstrued messages of wifely submission touted by many churches may cause victims to feel at fault for their abusers’ actions.

This culture of silence presents a tremendous challenge to pastors, but education can play a key role in addressing how to help individuals in threatening situations.

Some abusers will display obvious anger or belittlement toward their spouse, but not always. More often, victims of abuse will appear to be isolated from friends or family, and he or she might need constant permission to participate in church activities. When the word “permission” is used, pastors should view it as a sign to examine that marriage more closely. Abuse victims also frequently apologize for small mistakes to the point of social awkwardness — an indication that these victims have deeply internalized the abuse committed against them as their fault.

When it comes time to help individuals break free of their abusive partners, many pastors struggle with suggesting divorce as a step toward liberation. While some biblical verses state that God hates divorce, the admonition was directed toward Jewish husbands who were mistreating their Jewish wives because they wanted to marry pagan ones. The statement “God hates divorce” was meant for the husbands as a warning to stop mistreating their current wives.

Looking at the totality of the Bible and the culture in which it was written, we see that Moses, Jesus and Paul never contradicted one another with matters of divorce, but each offered a better understanding of it. When dealing with abuse in the church, it is important to be biblically literate on the subject and not to make a decision based on opinion or a legalistic mentality. The words “God hates divorce” should not be used to keep a spouse trapped in an emotionally and physically dangerous situation.

No divorces are to be celebrated, but it is clear God allows them because of the hardness of hearts. A pastor must carefully study all biblical passages concerning divorces, but within the larger context of Christ’s forgiving love and compassion toward individuals living under oppression of all kinds. 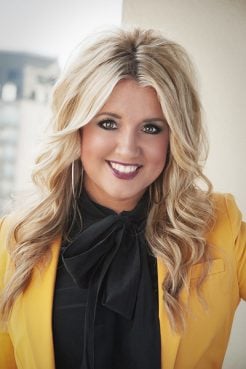 Autumn Miles is author of “Appointed” and the founder and president of the Blush Network, a conference ministry dedicated to spiritually challenging the way young women think. She is also the co-host of “Power Talk,” a Christian radio show in Dallas. Photo courtesy of A. Larry Ross

After I escaped from the abuse and degradation of my first marriage, I took great comfort in knowing that Jesus understood what it was like to feel rejection and shame. I grew to learn that though I had faced rejection and hurt, God still had a significant plan for my life. While cases like mine can be discouraging, they present opportunities for the church to become more effective at recognizing and addressing these issues with Christ-like love.

(Autumn Miles is author of “Appointed” and the founder and president of the Blush Network, a conference ministry dedicated to spiritually challenging the way young women think. She is also the co-host of “Power Talk,” a Christian radio show in Dallas.)

News
In Oregon, churches and anti-fascists unite to provide mutual aid to fire evacuees and others in need
News
Amid pandemic, domestic and sexual abuse is skyrocketing. Activists worry that news is being buried.
Faith
Christian author Matthew Paul Turner comes out as gay, announces divorce
Opinion
Changing the Washington NFL team’s name is something, but not enough
Opinion
NFL’s ‘Lift Every Voice and Sing’ plan will profane ‘Black national anthem’