ISTANBUL (RNS) As Turkey’s political and economic influence rises across the Muslim world, the historically secular state could soon become a center for religious learning, too.

Mehmet Gormez, head of the Religious Affairs Directorate, said the institution would rival the influential seats of Islamic learning in Egypt, Malaysia, Pakistan and Saudi Arabia.

“I have been working on the issue for three years and see that the curriculums of these universities do not help in providing solutions to problems faced by Muslims,” Gormez told the Hurriyet Daily News, an English-language paper in Turkey, as he announced the plans.

A number of other factors are at play. Political unrest continues to sweep Egypt and Syria, once hubs for Islamic learning, and more students are turned off by Saudi Arabia’s more literalist interpretation of Islam.

There are already a number of international studies programs, begun in 2006, that cater specifically to students of Turkish origin.

Suleyman Derin, a professor of Sufism at Turkey’s second-largest university, Marmara University, said the country’s Arabic programs are improving, too, as an increasing number of Syrian scholars driven out of their homes by war in Syria are now finding posts at Turkish universities.

Unlike many of the long-standing Islamic institutions, which emphasize the study of Islam’s legal thought, Turkey’s religious studies programs blend modern social sciences education with a broad study of classical Islamic texts.

Whereas Cairo’s Al-Azhar University program has remained unchanged for centuries, Turkey’s theology program is the product of a modern education system. 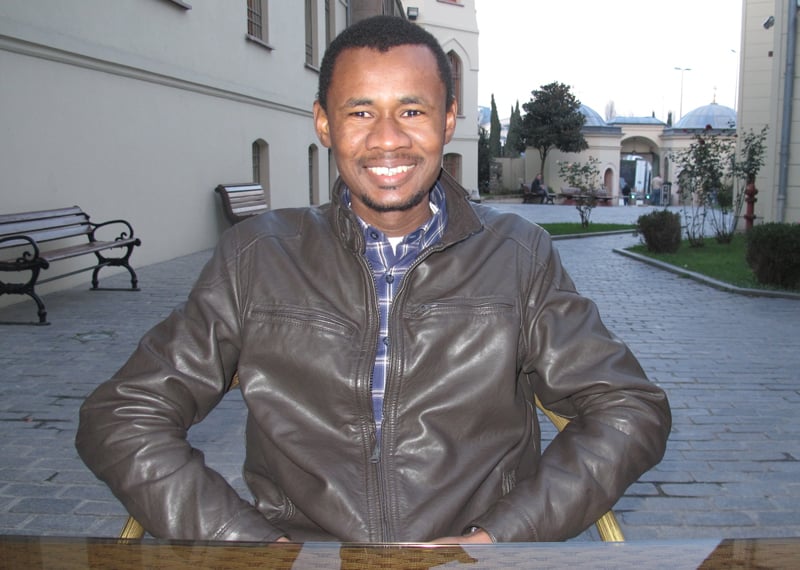 “In our program, there is also sociology of religion, psychology, philosophy, arts and music,” said Recep Senturk, a sociologist of Islamic civilization at Fatih Sultan Mehmet Vakif University. “I think this better prepares the students to communicate with their societies and to convey the message of religion.”

Mamadou Bassoum, a Senegalese student who studies at Fatih Sultan Mehmet Vakif, said the country’s openness is what lured him. In his first year, for example, he said that there was a girl in his class who chose not to wear a headscarf, and no one seemed to take issue with it.

He said he feels accepted and welcomed in Turkey.

“I learned that they believe in brotherhood,” he said. “They don’t care if you are Sufi or if you are Salafi,” he added, referring to the mystical and literalist streams of Islam.

He also said Turkish professors are willing to discuss hot-button issues such as political protest, whereas his friends studying elsewhere tell him their institutions are heavily state-controlled.

“It’s an open and peaceful country,” Bassoum said. “Compared to other countries (where) people go to study Islam, it is the best.”

The proposed university is not without controversy.

Announcement of the plans comes as Turkish-Egyptian relations continue to deteriorate after the July 2013 ousting of democratically elected President Mohamed Morsi, whose Freedom and Justice Party was founded by the Muslim Brotherhood. Turkish leaders widely condemned the ouster as a coup.

“Even if Turkey was to build a hundred educational facilities and equip them with the most lavish furniture and state-of-the-art technologies, it would not be able to pull the rug from under Al-Azhar,” Azab told Al-Monitor, a Middle East news site.

But even within Turkey, it wasn’t clear that the university would be able to establish itself on the level of other classical Islamic education institutions, given Turkey’s secular policies.

According to media reports, the Religious Affairs Directorate has applied for permission with the country’s Council of Higher Education to have the recently built 29 Mayis University converted into an international Islamic university.

“Ultimately, it’s a secular university under the control of a secular state,” said Senturk, noting that Al-Azhar is hundreds of years old and that the University of Medina in Saudi Arabia can claim to represent the official religion of the state.

But Turkey has been moving away from its secular past.

For decades, Turkey was ruled by a political elite that sought to impose strict secular laws forbidding religion in the public sphere.

Since the 2002 election of prime minister and now President Recep Tayyip Erdogan, old secular rules have been rolled back.

These days, Islam is taught in schools and the Western-oriented state has stepped up its efforts to reach out to the wider Muslim world.

Derin, the Marmara University professor, said the country’s secular history and cultural similarities to Europe make it ripe for an international religious education program. He acknowledged that it would be difficult to become an Al-Azhar but portrayed lofty hopes for the project.

“If this university can attract a lot of people all over the world, maybe the Muslims living in the West will come and study here,” he said. “They would get a proper Islamic education and a proper worldview, so I think the West should also support this.”

(Michael Kaplan is a freelance writer based in Istanbul.) 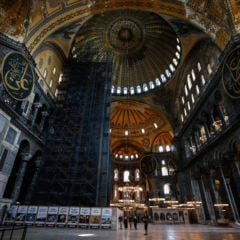