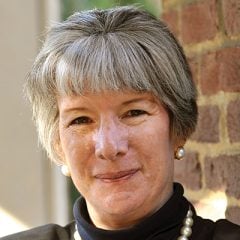 Jesus was a Jew who practiced a Jewish religion and preached mostly to Jewish people about Jewish themes.

I explored this idea earlier in the week through an interview with National Book Award winner James Carroll about how Christians often overlook Jesus’ Jewishness. Today, I extend this line of thinking a bit with a conversation with Amy-Jill Levine, professor of New Testament and Jewish Studies at Vanderbilt Divinity School. She has written a provocative book titled Short Stories by Jesus: The Enigmatic Parables of a Controversial Rabbi, wherein she discusses how reading the Gospels through a first-century Jewish lens changes many common interpretations.

Here we discuss her thinking and where modern Christians may be missing the point of Jesus’ most popular parables.

RNS: You self-identify as a “Yankee Jewish feminist who teaches in a predominantly Christian divinity school in the buckle of the Bible Belt.” Why are you so interested in Jesus and his stories?

AJL: I am an historian who is doing what I love to do: studying Jesus with other people who also find him fascinating and inspirational. There shouldn’t be anything surprising about a Jew who is interested in Jewish history, and such Jews as Jesus, Mary Magdalene, Peter, James, and Paul, are part of that history.

People who think of me as a misfit because I do not worship Jesus are operating under a category confusion. Faith is not based in logic; faith is not derived from empirical observation or historical data (see here 1 Corinthians 1:23) – it comes from the heart, not the head. [tweetable]Belief is not like Sudoku; it is like love.[/tweetable]

RNS: Many Christians live in the Western world. Do you think Christians have missed the “Jewishness of Jesus,” and if so, what difference does it make?

AJL: It is both common and appropriate for people to read the Gospels from their own perspectives–what academics like to call reading from one’s own “social location” or “subject position.” Therefore, people will see Jesus through their own lenses. If we can add historical information to those personal and cultural understandings, we can increase appreciation of Jesus’ message and the context in which it was first introduced. Indeed, if we take seriously our own social location, surely we should take Jesus’ location seriously as well.

Including the historical context also allows us to correct the false and toxic stereotypes of Jews and Judaism that have crept into pockets of Christian imagination across the globe. To regard early Judaism as epitomizing misogyny, xenophobia, elitism, legalism, militarism and see Jesus as inventing egalitarianism, universalism, solidarity with the poor, spirituality, and pacifism distorts not only Jewish tradition, it also distorts any understanding of Jesus and the Gospels.

RNS: You emphasize Jesus as Rabbi in your parables volume. Why is this important?

AJL: Jesus is the first person in literature called “rabbi,” which at the time–the late first century–meant “teacher.” The term “rabbi,” today thoroughly associated with Judaism, signals for Jesus his own particular Jewish identity.

For Christians, Jesus should be more than a Jewish teacher. But he must be that Jewish teacher as well. If his teachings were not of import to the Church, the Gospels would have skipped right from the Nativity stories to the Passion–right from Advent to Lent. To see Jesus as a rabbi, a Jewish teacher, is to take seriously what he had to say: his parables, interpretation of the Scriptures of Israel, apocalyptic pronouncements, ethical guides–and all of these teachings can only be fully appreciated if we see how they fit into their own historical context.

RNS: The power of parables is not just how they are spoken, but also how they are heard. Are Christians “hearing” the parables the way his first century audience would have?

AJL: There is no single lesson to any parable, or indeed to any story. The parables will mean different things to anyone who hears them. I do not want to dismiss any of these interpretations unless they are premised in a false reading of Judaism. Rather, I want to add to them by recovering, through historical imagination, what they might have initially suggested.

We do not hear the parables the way Jesus’ initial audiences would have heard them. First, we miss the allusions those first hearers would have recognized. Second, we are heirs to two millennia of Christian interpretation-–interpretations already begun by the Evangelists. Third, we miscue the genre: today parables are often seen as children’s stories, as statements of the obvious, or as designed to comfort. That original audience knew that parables were challenges, or even indictments. Finally, we often miss the humor. By domesticating the parables and ignoring their challenge, we lose their provocation, and their punch.

RNS: Which parable has been most misinterpreted by modern Christians?

AJL: Today, we hear that the “Good Samaritan” is about accepting the marginalized. Samaritans were not “marginalized” by Jews; to the contrary, they were the enemy. This fact also shows why the modern tendency to identify with the Samaritan is, although affirming for the Christian today, not what a first-century Jewish audience would do.

Or, we hear that priest and Levite ignore the injured fellow because they were following Jewish law concerning ritual impurity. The parable has nothing to do with purity laws; to the contrary, burying a corpse is one of the highest commandments in Judaism, a point made in sources ranging from the Deuterocanonical Book of Tobit to the writings of the first-century historian Josephus to the Mishnah and Talmud. Unless we know what the terms “priest,” “Levite,” and “Samaritan” suggested to that original audience, we’ll not only miss the parable’s profundity, we’ll promote negative stereotype of Jewish practice and ethics.

RNS: Which parable do you most radically re-interpret?

AJL: I’m hardly “radical.” I’m simply attempting to take seriously Jesus’ teachings as early Jews would have heard them. For example, the standard interpretation of “The Prodigal Son,” is that the father, representing G-d, surprisingly forgives the Prodigal, representing repentant gentile Christians. This is not a first-century reading.

First, by beginning, “There was a man who had two sons,” the parable evokes Cain and Abel, Ishmael and Isaac, Esau and Jacob, etc. Thus the move to allegory is not needed. Rather, the parable sets up readers to identify with the younger son, and then, if we read carefully, it disrupts this identification.

Next, the connection of this parable to the immediately preceding parables of Lost Sheep and Lost Coin also disrupts a connection between father and Father: the man lost his sheep and the woman lost her coin, but G-d does not lose us.

Third, there is nothing surprising about the father’s welcome; nor is it clear that the son repented: his motivation to return home is hunger, not guilt. Finally, working for a pig farmer no more makes one a gentile than eating a bagel makes one a Jew. We do not have in the parable, in its historical context, an allegory about repenting and forgiving; we have a story about a man with a lost son.

In the first parable, the owner of 100 sheep notices one missing, and the woman with ten coins notices one lost: that is, they counted. Now comes the challenge of the Prodigal: Dad had two sons, and he didn’t count. He didn’t realize that he lost the older son. And so we are challenged: have we counted? Have we made sure everyone counts?