(Reuters) – Arkansas lawmakers passed a Religious Freedom Restoration Act on Tuesday that critics said would allow businesses to deny service to gays and lesbians, drawing a swift demand from Wal-Mart Stores Inc for the governor to veto the bill.

Arkansas followed Indiana, which passed a similar act last week. They are the first to do so since same-sex marriage became legal in many states last year. Corporations have criticized the measures.

At present 37 of the 50 states and the District of Columbia permit gay marriage. 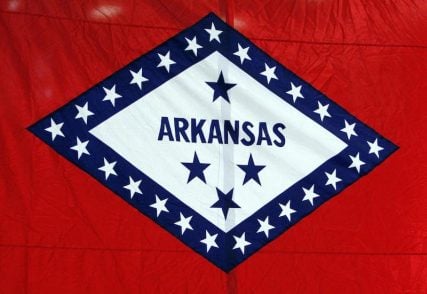 Arkansas business leaders including Wal-Mart ask the governor not to sign a controversial religious freedom law some say allows discrimination against gay couples. Photo by Brian Snyder courtesy of Reuters

The world’s biggest retailer, Wal-Mart, based in Bentonville, Ark., issued a statement saying the Arkansas bill threatened to undermine “the spirit of inclusion” in the state and “does not reflect the values we proudly uphold.”

Indiana’s Republican Governor Mike Pence, responding to national outrage over his signing of his state’s law last week, vowed earlier on Tuesday to “fix” the act so that businesses could not use the law to deny services to same-sex couples.

Some of the most powerful U.S. companies, including Apple , Angie’s List, diesel engine-maker Cummins Inc, Salesforce Marketing Cloud and drug-maker Eli Lilly and Co , had called on Pence to clarify or repeal the law, which passed with an overwhelming majority in the state’s legislature.

Democratic governors, joined by New York Governor Andrew Cuomo on Tuesday, banned official state business travel to Indiana. Auto racing company NASCAR and the Indianapolis-based NCAA, an organization for university athletic programs, voiced concern over the law. And the Indiana-based Disiples of Christ denomination says it will move it’s 2017 convention out of Indianapolis.

At a news conference Pence said the law protected people of all faiths from being forced by the government to go against their beliefs. The lawyer and one-time radio talk-show host repeatedly denied that the intent of the law was to allow discrimination.

Critics said Indiana’s law as it is now written would allow businesses to deny services such as wedding cakes or wedding music for gay marriages on religious grounds.

Supporters have said the acts do not allow for discrimination and are needed to protect religious freedoms.

But critics contend they are part of a broader effort by Republican-dominated statehouses in socially conservative states to push back against a series of U.S. court decisions allowing same-sex marriage.

Pence said the law he signed last week had been unfairly “smeared” and called on the Republican-controlled General Assembly to come up with clarifications this week.

The U.S. Supreme Court is expected to decide by the end of June whether the U.S. Constitution protects a right to same-sex marriage, and if it does not, whether states that ban it must recognize marriages performed in states permitting such unions.

“What’s happened is that with same-sex marriage on the horizon, the individuals and the believers who do not want to support same-sex marriage are looking to a formula in RFRAs to allow them to avoid same-sex marriage in the market place,” said Marci Hamilton, law professor at Yeshiva University’s Benjamin N. Cardozo Law School and an opponent of RFRAs.

Arkansas’ RFRA also allows religious discrimination lawsuits between private parties, and goes a step further in that it would bar employees from invoking religious freedom in suing employers, Hamilton said.

Lori Windham, senior counsel with the Becket Fund for Religious Liberty, which has brought RFRA cases on behalf of people of different faiths, said the clarification should not be necessary.

“It should already be clear that these laws require courts to balance religious freedom against other interests. They don’t mean religion always wins, they mean that religious people have their day in court,” she said.