Philosopher Nancy Abrams says collective human consciousness creates God and this is essential to the fate of the cosmos. Elements of this image furnished by NASA.

WASHINGTON (RNS) When she was a teen, Nancy Ellen Abrams told her rabbi that humanity created God.

She’s still at it.

And according to her new book — “A God that Could Be Real: Spirituality, Science and the Future of Our Planet” —  this God emerges from us, not the other way around.

Abrams grew up to become a philosopher of science, an attorney specializing in international science law, and co-author of books on dark energy and dark matter — the unseeable forces that comprise 95 percent of the universe — with her astrophysicist husband, Joel Primack.

Abrams’ God book is rooted in scientists’ discoveries in cosmology, the study of the origins of the universe. She expands her theory to the spiritual heavens by detailing a God that she could believe in after leaving Judaism and embracing atheism.

This God is definitely no relation to the loving, comforting, guiding God of the Abrahamic religions. Rather, Abrams says, the real God worthy of our attention is an “emergent force” generated by the collective consciousness of human beings. As she sees it, God is the “collective of our (best) aspirations.” 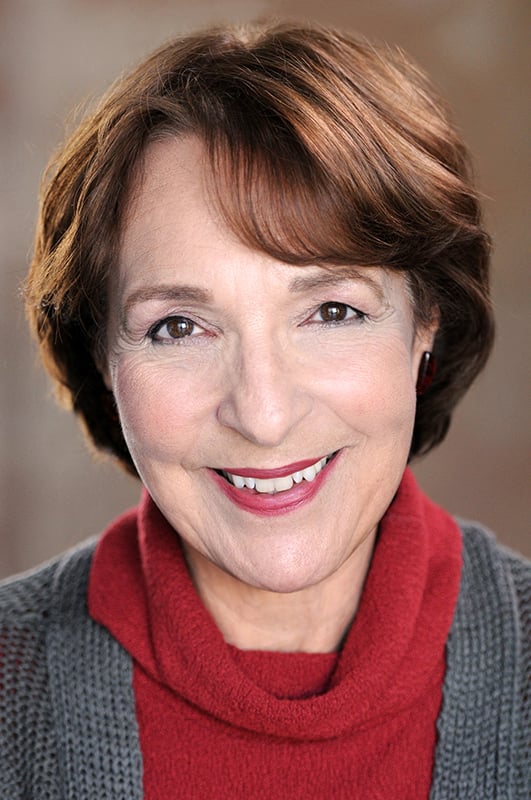 Nancy Ellen Abrams, author of “A God That Could Be Real.” Photo courtesy of Beacon Press

“The spiritual challenge for us is to accept the scientific picture of the universe and with the real help of a real God figure out how to act accordingly — in every way, not just technologically but sociologically, psychologically, spiritually, educationally, politically and every other way.”

Then, Abrams writes, we can use our “god-capacity” to save the “still-evolving cosmic clan in which each of us is a living organism.”

“We have an urgent need to identify as the cosmic beings we actually are with a huge role in the cosmos. We all have an identity and what happens when people don’t use it is a terrible waste and we endanger ourselves,” said Abrams, whose book is full of warnings about the need to care for creation, however you think it got here.

In some ways, she’s circled back to the core Jewish teaching of “tikkun olam,” the belief that humans are obligated to join God in healing and repairing the world. She is out to “reclaim the old spiritual vocabulary to interpret it in ways that make sense in our time and take back the truth.”

While Abrams finds immense comfort and joy in this God, she sees no need to outsource another major role assigned to the Abrahamic visions of the Almighty — moral guidance. Hers is no tsk, tsk, tsk God who judges, punishes and forgives. Personal salvation is irrelevant, as is the concept of grace. 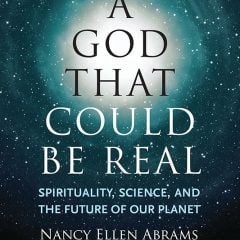 “A God That Could Be Real,” by Nancy Ellen Abrams. Photo courtesy of Beacon Press

“God does not discriminate against or judge or reward individuals,” she said in an interview. “We have a God emerging from all our good aspirations — the urge to love more, do more, be more. The best part of us is God.”

Still, there are religionlike behaviors in her own life — prayer, for one. She defines prayer not as petitions for miracles, or requests for the intervention of an omnipotent force in one’s personal drama or trauma. Prayer, she said is “putting myself imaginatively into the reality I know to exist, feeling what it is really like to be part of the earth, part of the astonishing universe.”

She writes: “The emerging God, after all, is the source of all meaning, old and new, and can be understood this way in any religion that doesn’t require taking its teachings literally.”

She said: “It really would be a challenge for a cosmologist to be an evangelical in academia. No one would respect them at all. I can’t imagine how someone could be comfortable with disassociating the science they are doing from the meaning of the science.”

Haarsma, former professor of astronomy and physics at Calvin College in Grand Rapids, Mich., is president of BioLogos, a public advocacy group founded by geneticist Francis Collins (now head of the National Institutes of Health) to promote the idea that there’s no conflict between science and a Christian belief in a creator God.

Haarsma quickly named a slew of world-class scientists — and Christians — who know their cosmos:  Jennifer Wiseman, NASA’s senior project scientist for the Hubble Space Telescope; Anglican theologian, priest and acclaimed physicist Sir John Polkinghorne; and Owen Gingerich, a Harvard professor emeritus of astronomy and the history of science and a senior astronomer emeritus at the Smithsonian Astrophysical Observatory.

But personally, Haarsma said, “I do not find Abrams’ picture of God very satisfying. But I don’t think science is equipped to prove or disprove God. The Christian picture of God leads us to expect a universe with a beginning, filled with order and beauty. What I find in science is in harmony with my religious experience.”

Abrams is not alone in giving selective credibility to Scripture and science, according to a study released in January in the American Sociological Review. It found that for about one in five Americans, science wins the coin toss on some issues, but religion wins on key issues such as the Big Bang theory of the origin of the universe.

Timothy O’Brien, assistant professor at the University of Evansville in Indiana, and co-author of the research study, said: “We were surprised to find this pretty big group who are pretty knowledgeable and appreciative about science and technology but who are also very religious and who reject certain scientific theories.”