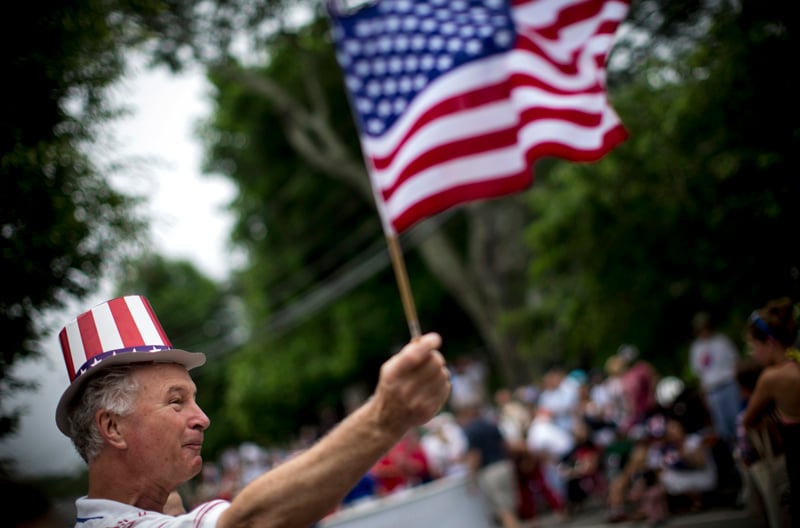 A man waves an American flag as he watches a July Fourth parade in the village of Barnstable, Mass., on July 4, 2014. Photo courtesy of REUTERS/Mike Segar
*Editors: This photo may only be republished with RNS-PATRIOTIC-SURVEY, originally transmitted on June 23, 2015.

(RNS) We’re gung-ho for the idea that the U.S.A. has a special status with God, and we’re almost always proud of our nation.

But a new survey finds our flag-waving, All-American Fourth of July celebrations are also tempered by concerns that the nation isn’t the moral leader it once was, that Christians face discrimination here at home and that some folks aren’t “truly American.”

And although overall views shine bright red, white and blue, the level of our enthusiasm varies according to factors such as religion, age and race, according to the Public Religion Research Institute. 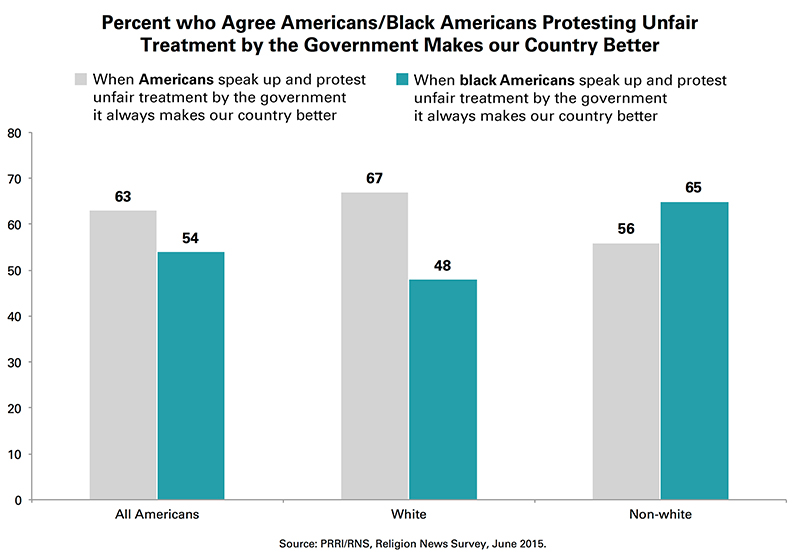 A PRRI survey released Tuesday (June 23) finds that nearly 2 in 3 Americans (62 percent) say God has granted America an exceptional role in human history. Not surprisingly, since the question presupposes a God, only 39 percent of people who don’t identify with any particular religion (the so-called “nones”) agree with that statement.

Indeed, pride waves from this data like a flag: 63 percent overall say there was never a time they weren’t “proud to be an American.”

However, that enthusiasm doesn’t mean they’re not troubled on some points.

For example, the country is split over whether Christians (72 percent of U.S. adults) are now facing as much discrimination as other groups.

About half of those surveyed — 49 percent, strongly led by white evangelicals at 70 percent — say yes. The other half — 47 percent (including 59 percent of “nones”) say no.

“Christians feel like they are swimming against a cultural tide that’s rising against them,” said Cox.

He cited findings in other studies showing evangelical concerns over “everything from gay marriage to marijuana legalization, the rising numbers of ‘nones’ and the falling numbers of people who consider religion important.”

Overall, a majority (53 percent) say the country today is not setting “a good moral example for the rest of the world.”

They were not asked for examples, but Cox said each demographic, religious or political group “could point to things where they may think the U.S. has lost its way.” 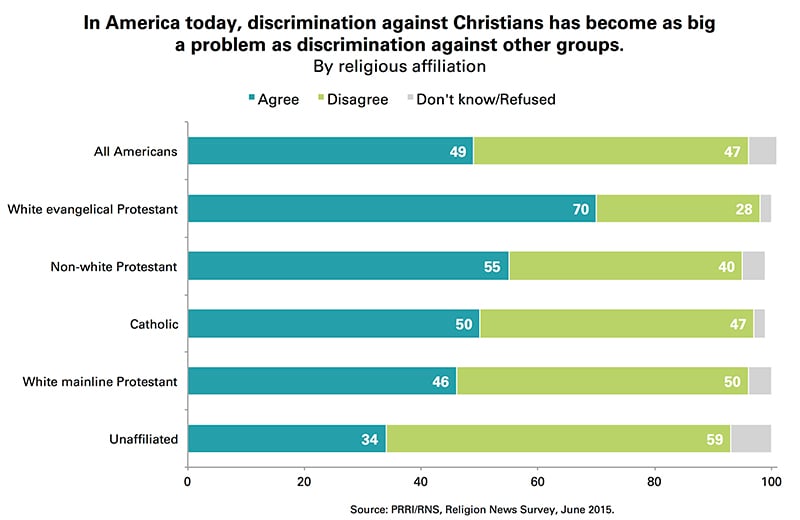 While 69 percent say they see “a typical American” when they look in their mirror, this is more true for whites (77 percent) than for blacks (61 percent) or Hispanics (48 percent).

This dovetails with a very narrow vision of who is “truly American.” High on the list of very or somewhat important characteristics are people who:

The survey found “profound generational differences” on the image of what constitutes a true American, said Cox.

Most seniors (66 percent) said to be “truly American” it was important to be Christian — perhaps recalling a culture that is slipping away, he said. But only 35 percent of millennials agreed.

Among Americans who believe the U.S. was once a Christian nation but is not anymore, most “still wish we were,” said Cox. This shift is a bad thing, said 61 percent. Only 29 percent favor this cultural change.

Cox said he is “continually shocked” by how divided America is by race and by how differently issues are perceived by non-Hispanic white Americans and by minorities.

The survey data – gathered before a white supremacist allegedly killed nine black people in a Charleston, S.C., church — may reflect recent months of protests over criminal justice and police killings. It was conducted June 10-14, among 1,007 adults in English and in Spanish.

However, a lot of support “evaporates” when examined through the prism of race, Cox said.

According to the survey, 67 percent of white Americans agree that Americans protesting government mistreatment always leaves the country better off.

“But fewer than half (48 percent) of whites say the same when asked about black Americans speaking out against and protesting unfair treatment by the government,” the report says.

Among racial and ethnic minorities, including blacks and Hispanics, 56 percent agree that such protests benefit the country.

Even more (65 percent) agreed that when black Americans protest unfair treatment it makes the country better.

Opinion
An awakening is coming to American religion. You won’t hear about it from the pulpit.
Follow us on Facebook!
Submit your photos to RNS