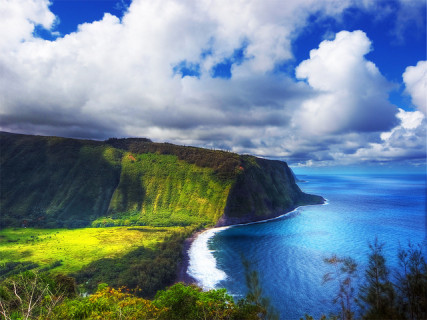 HONOLULU (Reuters) In Hawaii, the dead can now be put to rest following an ancient Hawaiian custom called "clean burial" in which only a person's bones are buried, under a new law signed by Governor David Ige on Tuesday.

The law legalizes the now-rare practice, once considered a violation of Hawaii's penal code, of allowing family members to handle bones of deceased loved ones after their flesh is removed in a partial cremation.

The burial practice, in use for thousands of years by Native Hawaiians, involves wrapping a family member's bones in special Hawaiian-made cloth and placing them in a burial container in a public or private cemetery.

The practice had largely stopped because of health concerns raised by the state.

"This measure makes it very clear that the most sacred traditions are allowed to be exercised by our Native Hawaiian community," Ige said at the signing ceremony at the state Capitol. "It needs to be crystal clear that our laws make it OK for anyone wanting to exercise traditional burial practices to do so."

Many Native Hawaiians believe the practice is something everyone should embrace, as it requires the body to be reduced to bones, which are believed to carry the essence of a person's life.

"Traditionally the long and larger bones would be washed, wrapped in cloth and put in a funeral basket and buried," said Kaleo Paik, a Native Hawaiian cultural practitioner with knowledge of burial rites.

In ancient times, only chiefs or Hawaiians of high rank were buried in this manner, Paik said. Their essence would steep into the grounds and be embodied by the land and the people who live on the land, she said.

"The Western tradition of full burial took away the process of infusing the land with Hawaiian elders," Paik said. "The whole purpose of the practice is to have these elders disintegrate naturally into our land."

By Suzanne Roig; Editing by Cynthia Johnston and Eric Walsh