Many churches are faced with a terribly difficult dilemma of what to do when a sex offender wants to become part of the church community.  In my experience, most churches have little to no understanding of the many complex issues related to such a decision.  As a result, churches often make decisions that result in great harm to the children and abuse survivors in the congregation.

Simon Bass is a dear friend and colleague who spends his life protecting children on the other side of the pond.  He is the Chief Officer of the Churches’ Child Protection Advisory Service (CCPAS), which is an amazing organization that is  transforming churches in the United Kingdom into much safer places for children and survivors.  I am thankful to God for introducing me to Simon and believe that his thought provoking guest post will help spark a much needed dialogue in this country on a topic many would prefer to ignore. – Boz

For many years, I have worked with churches, advising them on how to receive sexual offenders into their congregations. I have also met and worked with many sexual offenders. In 1999, a church contacted me to help them with an offender who had downloaded child pornography (i.e. child abuse images). The offender had been convicted as part of Operation Ore, the UK response to Operation Avalanche in the United States. At the time, we were only beginning to understand the Internet’s harmful impact and could never have anticipated the proliferation of such images. Since then, barely a week goes by without a church contacting me about a sex offender in its congregation. Whenever I help a church, I urge them to extend a careful grace to sex offenders, including those convicted of online offences. 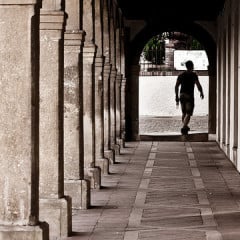 Child pornography is nothing less than the recording of the sexual abuse of children – each picture is a crime scene, a depiction of real children’s molestation. Sadly, such images show extreme, sadistic, and violent abuse against children. Viewing child abuse images is not a victimless crime; thousands of victims of sexual abuse continue to be re-victimized when perpetrators share those images. People who view such images demonstrate that they have a sexual interest in children, and they often have convictions for similar sexual offences. Unfortunately, a significant number of offenders will also have held positions of trust in churches, giving them access to children.

Recently, I learned about a pastor of a large church in the United States who publicly praised a church volunteer who is also a convicted sex offender for possessing child pornography. This church’s myopic understanding of care for the sex offender struck me. The church seems to have focused upon caring for the sex offender without considering how doing so impacts survivors or poses risks to children in the church. This church honored a sex offender in such a way that lessened the impact of his crime. This behaviour insults all survivors of sexual abuse who demonstrate real heroism in overcoming their abuse.

As followers of Jesus, we are called to minister to everyone in church including sex offenders, but we should never do so in isolation from child protection professionals or in ignorance of the harm done to their victims. 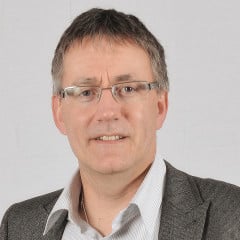 In fulfilling God’s mission, we should open wide the church doors as we minister to anyone who calls upon Jesus’ name (Romans 10:13). God’s grace through the sacrifice of his son, Jesus Christ, makes a way for all who have sinned, even if that sin is also a heinous crime (Ephesians 2:8). God wants us restored to him, and in right relationship achieved through our willingness to repent and seek forgiveness. I am so grateful that we serve a God of second chances. In the story of the prodigal son, Jesus teaches that God will always welcome with open arms those who come to him with an authentic, repentant heart. This includes sexual offenders (Luke 15:21-22).

In order to protect children, churches should require sex offenders to sign a written contract that articulates clear behavioural boundaries relating to any church-related function with consequences for failing to comply and that articulates on-going pastoral care that the offender must receive from the church. Church contracts for sex offenders enact Galatians 6:10, doing good to everyone as we have opportunity. Being a good steward in church includes stewarding risky conduct. We should not place a convicted sex offender in a place of temptation; we need to be wise (Matthew 10:16).

Contracts should be in place for anyone who the church knows has committed any type of sexual offence, whether against an adult or a child. Sexual offences should include both physical, sexual abuse and online abuse (i.e. child pornography). Such contracts should remain in place indefinitely, and be reviewed on a regular basis, irrespective of whether or not the offender is under the jurisdiction of the court.

A risk assessment should be a condition of any offender contract, with the understanding that the church may decide that the offender must worship somewhere else. Most sex offenders want to be accepted into the church and will likely attempt to minimize their crime. Thus, it is critical for the church to ascertain whether or not it is even possible for the offender to join the congregation. When evaluating an offender for membership, a church should obtain a professional risk assessment from the offender’s probation officer or any other professional whom the court has ordered to supervise and manage the sex offender.

Church contracts should also severely limit sex offenders’ participation in any form of public ministry in the church. The contract should outline the service boundaries sex offenders must keep in the church and in the wider church family. Sex offenders commonly target children in the church in order to gain their trust for the purpose of eventually abusing them outside the church building. Therefore, an offender must never be placed in a position of trust or responsibility that in any manner communicates to children that they are safe.

A church should not ask a sex offender to be part of the public platform. They should not share their testimony about their offences for a number of reasons:

Truly repentant sex offenders will understand and accept the limitations within the contract. Churches who implement contracts for sexual offenders are not being judgemental. Instead, they are recognizing that true repentance is demonstrated by embracing accountability and a lifetime process of authentic transformation. Most critically, churches who implement contracts for sexual offenders understand that the principle aim of such a contract is the protection of children who are a precious part of the church family.

Simon Bass is Chief Executive of the Churches’ Child Protection Advisory Service (CCPAS) a UK safeguarding charity. His background is in social work. He is part of the government national working group on child abuse linked to faith or belief and member of the UK Council for Child Internet Safety (UKCCIS)