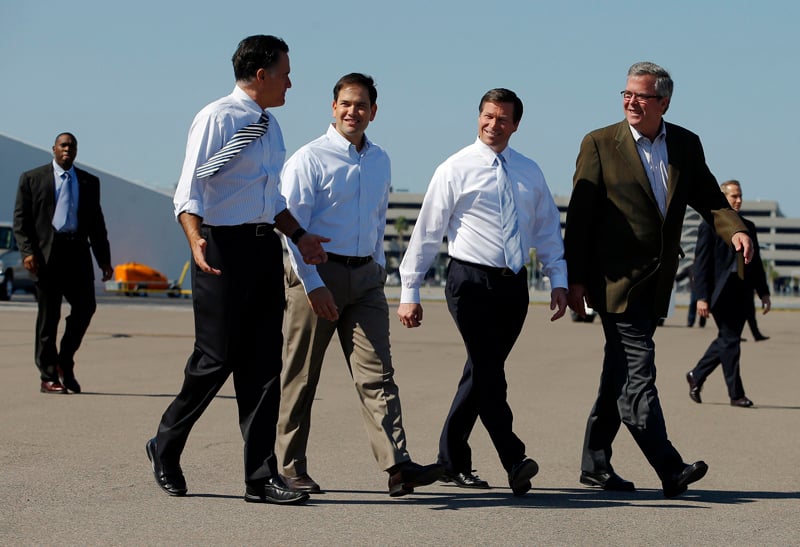 (RNS) As Southern Baptists prepare to interview Republican presidential candidates Jeb Bush and Marco Rubio in Nashville, Tenn., on Tuesday (Aug. 4), a group of mostly younger pastors is challenging the methods used by the old religious right and urging a broader agenda and more qualified support for the Republican Party.

“There’s a whole generation of guys coming up saying we’re tired of being the lapdogs of the GOP and, worse than that, being tossed away like a Kleenex after the election is over,” said Ryan Abernathy, 40, teaching pastor at West Metro Community Church in Yukon, Okla.

“I know a ton of people saying we should no longer be blindly giving our allegiance to one political party.”

The group is fledgling and includes few prominent names, but it made itself known in June when bloggers successfully pressured Southern Baptist leaders to cancel a speech that Republican presidential contender and Seventh-day Adventist Dr. Ben Carson was to make at the Southern Baptist Convention’s annual pastors’ conference.

To be sure, political firefights and name-calling aren’t generally the style for young pastors, but on this issue they feel they have an important case to make.

“Religious right methods rested on the idea that evangelicals were part of an American moral majority, and often came across as triumphalist,” said Matt Capps, 33, senior pastor of Fairview Baptist in Apex, N.C. “In contrast many evangelicals under 30 see themselves as representing ‘kingdom outposts in a broken world.’”

One reason these younger pastors are backing away from partisan engagement is because of social media, said Bart Barber, 45, pastor of First Baptist Church in Farmersville, Texas.

“It’s no longer possible to talk about people as though they aren’t there. You have to speak as though they are in the same room with you, because they are,” he said. “Anything you say is likely to end up on social media and be commented on by a whole army of bloggers.”

Russell Moore, president of the SBC’s Ethics and Religious Liberty Commission, was forced to defend his decision to host interviews with presidential contenders Bush and Rubio at the Send North America Conference, which began Monday (Aug 3).

“I look forward to having conversations with all the candidates, of both parties,” Moore responded. The commission invited only those leading in the polls when invitations were issued in May. Scott Walker and Hillary Clinton were also invited to speak to the crowd of 13,000 evangelicals but declined to participate.

Moore, who is himself part of a younger generation of Southern Baptist ministers, is looked up to by the group precisely because he has been willing to re-examine the denomination’s combative, and some would say, defensive approach to public issues.

In 2013, after Moore met with President Obama to support bipartisanship in immigration reform, he promised to pray for Obama and said that he loved him, despite their disagreements on many issues.

More recently he called for South Carolina to take down the Confederate flag that flew over state Capitol grounds, which also made a lot of people mad, said Barber.

While the pastors generally supported Moore on the issue of inviting presidential candidates, they wondered if he’d picked the right forum.

Others questioned how hard Southern Baptists tried to reach out to other candidates.

Leaving out other conservative candidates was “inexcusable,” Don Hinkle, editor of “The Pathway,” the official newspaper of the Missouri Baptists, told CBN’s David Brody.

“There is an appearance of favoritism and a lot of people are asking, why do such a thing 15 months before a general election?”

These pastors would like to see more emphasis on issues and actions that might not commonly be seen as Republican or conservative evangelical concerns.

When immigrant children began to flood across the border in 2014, Daniel Darling, a staff member at the Ethics and Religious Liberty Commission, wrote that evangelicals should apply their “pro-life convictions” to children being called aliens, invaders, even lepers.

“My hope is that followers of Jesus begin to see immigrants as less of a threat to their way of life and more of an opportunity to fulfill the Great Commission and be a part of God’s sovereign plan to gather a people from every nation, tribe, and tongue,” he wrote in The Huffington Post.

Capps believes cooperating with groups outside evangelical circles on issues such as justice, the sanctity of human life, and environmental protection could be a good idea. Abernathy, a bivocational pastor who works with a poverty relief organization, deplores GOP policies that support inequity. 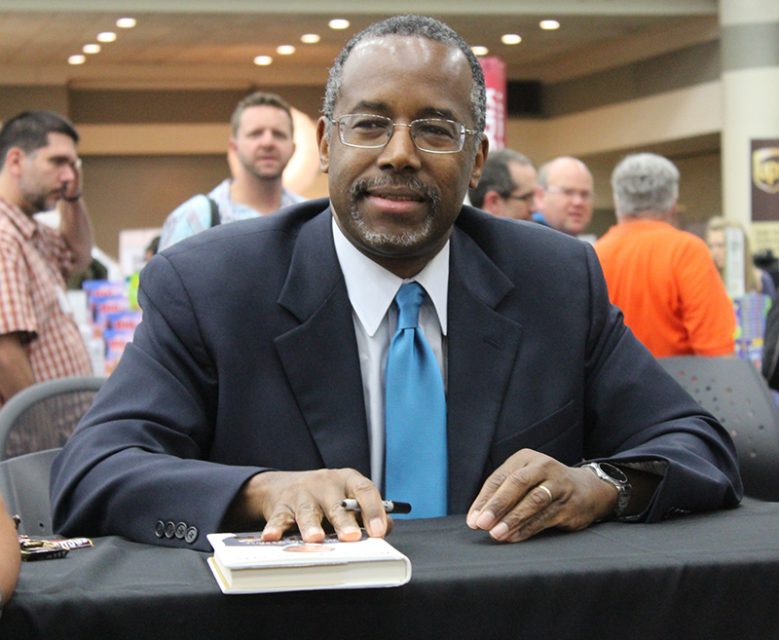 Ben Carson signs his “One Nation” book in the exhibit hall of the Southern Baptist Convention annual meeting in Baltimore on June 11, 2014. Religion News Service photo by Adelle M. Banks

At the same time, many of the young pastors are more theologically exacting than their elders. Some felt Carson was an inappropriate speaker to preach at the pastor’s conference because his Seventh-day Adventist faith is considered a cult by some.

Barber was equally unhappy over evangelicals’ embrace of Mormon Mitt Romney in the 2012 presidential election. When the Billy Graham Evangelistic Association took Mormonism off its cult list weeks before the election, Barber wrote that, “(W)alking away from the GOP in this election may be the only way to save the gospel from the pragmatic branch of evangelicalism that never met a doctrine it wouldn’t throw under the bus for the right price.

“I want to make sure that politics is the servant of our spiritual message rather than the other way around,” said Barber.

The new methods don’t mean giving up opposition to issues such as abortion.

“But we’ve elected all these pro-life people and nothing has changed,” said Abernathy. “Maybe we need to get to the root causes. We may not be able to change the law of the land, but maybe we can change some peoples’ hearts.”

Like a lot of Southern Baptists who are struggling to keep believers and attract new ones, Capps would like to see a “convictional kindness,” an approach that’s more winsome than confrontational.

“This generation is not going to be known for standing outside abortion clinics with picket signs,” he said. “I want us to be the generation that says, ‘We will adopt these children or we’ll stand beside you and help you raise those children.’“