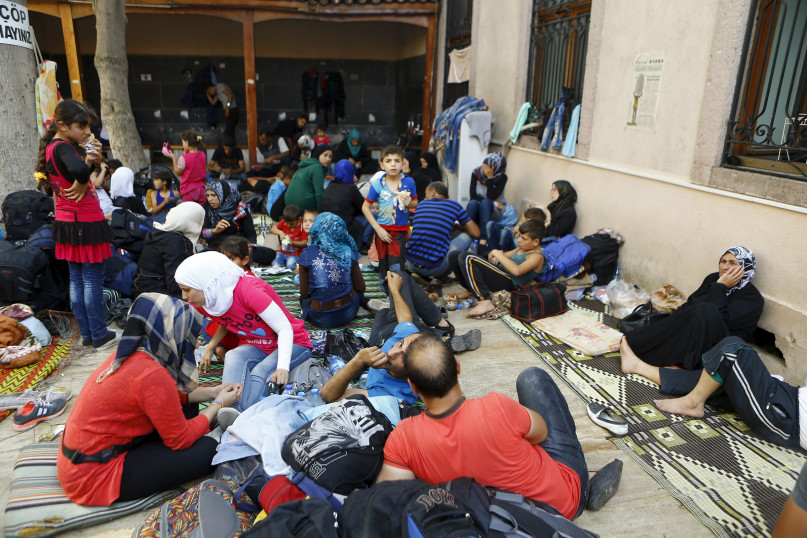 As Syrian refugees flood toward Europe, humanitarian groups urge the USA to take in 100,000 refugees. Photo courtesy of REUTERS/Osman Orsal

(Reuters) – Religious groups in the United States have urged the White House to step up its response to the Syrian refugee crisis, with one on Tuesday calling Washington’s efforts so far “disappointing.”

Church World Service, a global humanitarian organization that represents 37 Christian denominations, has called on the government to take in 100,000 Syrians over the next year, said Jen Smyers, who works on the group’s immigration and refugee program.

The U.S. Conference of Catholic Bishops, the Lutheran Immigration and Refugee Service, and the Jewish refugee assistance agency HIAS along with secular groups have also backed that figure.

Since Syria’s war broke out in 2011, Washington has accepted 1,500 refugees, most of them this year, and the State Department expects 300 more by October. Four million people have fled the country since the fighting began, according to U.N. estimates.

“We’ve been disappointed at the current status of U.S. leadership,” Smyers said. “I think we have seen some nodding of heads and people recognizing that something needs to be done, but we’re still waiting to see what that is.”

The Obama administration is taking into account the urgency of the migrant crisis in Europe as it considers further steps the United States can take to alleviate the situation, the White House said on Tuesday.

The United States had provided more than $4 billion in humanitarian aid since the crisis began.

Smyers said Church World Service, one of nine domestic groups that partner with the federal government on resettlements, also supports the Protecting Religious Minorities Persecuted by ISIS Act, introduced in the U.S. House of Representatives in March.

The bill would streamline how Iraqis and Syrians targeted for their religion, gender or ethnicity apply as refugees.

Some congressional Republicans, including Representative Michael McCaul who chairs the U.S. House Homeland Security Committee, have said allowing in Syrian refugees could serve as a pipeline for terrorists and have objected to plans to increase numbers.

Lutheran Immigration and Refugee Service told Congress that month, however, that the government’s definition of terrorism is overly broad and prevents the innocent and vulnerable from relocating.

Europe has taken in waves of migrants fleeing the violence, including Germany which took in some 20,000 people over the weekend and is preparing for 800,000 this year.

About 1,800 Americans have offered to take refugees into their homes, saying in an online petition that the United States needed to let in more of the displaced.