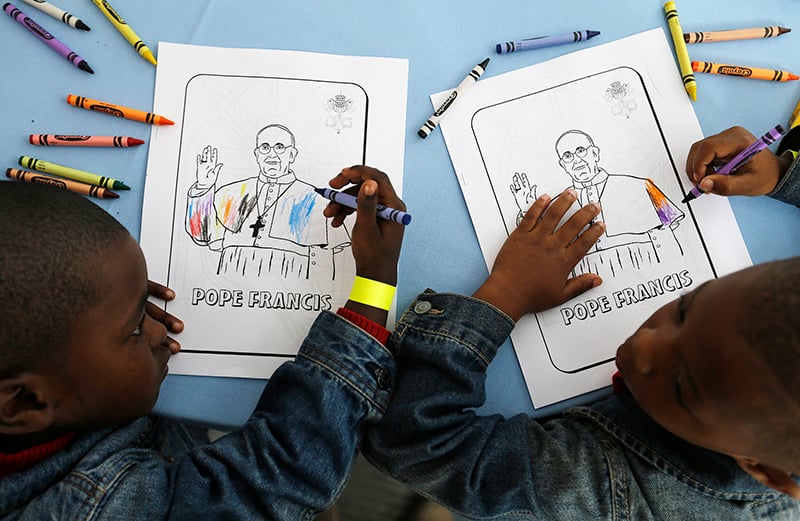 Kaydn Dorsey, 4, left, and Lionel Perkins, 4, draw on a coloring sheet bearing the image of Pope Francis as they wait for him to arrive on a visit to Catholic Charities of the Archdiocese of Washington on Sept. 24, 2015, in Washington. Photo courtesy of REUTERS/David Goldman/Pool *Editors: This photo may only be republished with RNS-BLACK-CATHOLICS, originally transmitted on Sept. 24, 2015.

(RNS) Like many Catholics, Aleeya Francis is excited about Pope Francis’ U.S. visit. But she’s different from most: The African-American woman will get to meet him, along with six children from the New York Catholic school where she leads a student body that is 91 percent black and 27 percent Catholic.

“To have the opportunity to meet with the pope,” the cradle Catholic said, “and to show him that black Catholics, we’re a very vibrant, active part of the church, we carry out the same mission that he has in store, to serve — it means a lot to me.” The principal of St. Charles Borromeo School and the students — three African-Americans, one African, one from Yemen and one biracial — intend to share their arts and crafts project on “gifts of our Earth” with the pope. The five Catholics and one Muslim will join her in telling the pope what they’ve learned about land, air and water when he visits another Catholic school in Harlem, Our Lady Queen of Angels School, on Friday (Sept. 25).

Experts say black Catholics have been a stable 3 percent of U.S. Catholic membership for decades. But in the three archdioceses the pontiff will visit, the Center for Applied Research in the Apostolate reports higher percentages: 12.5 percent in Washington, 7.4 percent in New York and 5.1 percent in Philadelphia. 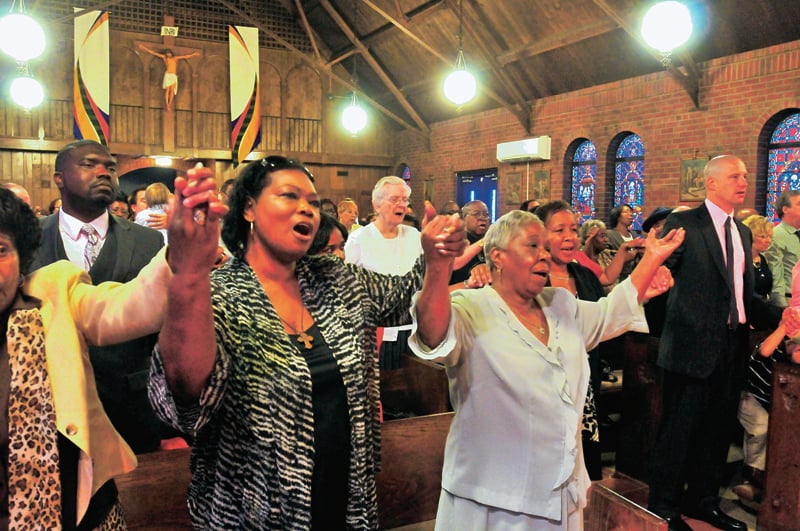 “Black Catholics are more engaged in their faith,” said Deacon Bill Bradley, director of the Philadelphia Archdiocese’s Office for Black Catholics. “They’re not just there to pass through and say, ‘My 45 minutes is up and I did my duty.’”

The 2011 National Black Catholic Survey found that they are more likely to attend church weekly, participate in Bible studies and traditional Catholic devotions and be satisfied with their parish than white Catholics.

Black Catholics also will be involved with activities related to the pope’s visit in all three U.S. metropolitan areas.

READ: Pope Francis to visit US churches of history, grandeur and power

In Philadelphia, about 200 African-Americans from black Catholic parishes are scheduled to attend the World Meeting of Families that will feature Pope Francis. The Philadelphia Catholic Mass Choir, with more than 115 black Catholic singers, will be reconstituted for a revival that will kick off the meeting. And members of the Knights of Peter Claver and its Ladies Auxiliary, the largest black Catholic organization in the U.S., have planned a Mass on the night before the pope arrives in the city.

Black Catholics worshipped in the 1700s in the earliest Catholic churches in Philadelphia, though they were not fully welcomed and met in separate rooms and at separate times until they had their own churches, Bradley said. Now, predominantly black Catholic churches have dropped from 23 to 16 as the archdiocese closed many urban congregations, and black Catholics often worship in multiracial parishes. More white parishioners also have joined the predominantly black congregations. 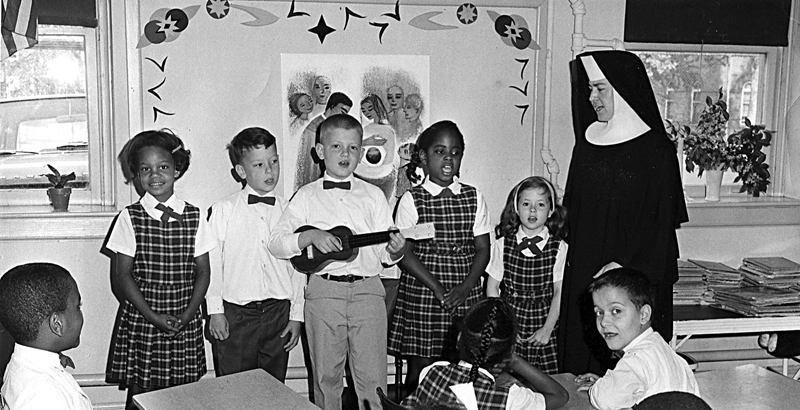 First-graders sing the “Our Father” at St. Anthony School in Washington in this 1967 photo. Photo courtesy of the Catholic Standard, newspaper of the Archdiocese of Washington

Ann Batiste, a 40-year member of predominantly black St. Teresa of Avila Church in Washington, hoped for a glimpse of Pope Francis while he is in the nation’s capital.

“I personally am very much in tune with this particular pope,” said Batiste, 74, whose family’s connections to her parish date to the 1800s. “Francis is a progressive and many black Catholics think very highly of him.”

Like other black Catholics, she appreciates the range of opportunities to worship — whether in a black cultural setting with gospel music, drums and dance, or not.

“I am a Catholic and I will go to Mass anywhere, whether it’s culturally based or culturally laced or not,” she said. “But I most enjoy being at my church and any other church that has that same kind of Mass.”