When an organization is confronted with public allegations of child sexual abuse within their ranks, it finds itself under a bright spotlight as the watching world waits to see how it will respond. All too often, the overriding institutional concern has very little to do with caring for the victims, but everything to do with protecting its reputation by doing everything it can to shut off the spotlight. This is often accomplished by announcing that the institution will launch an “independent” investigation. The organization proceeds to hire a private investigative group or law firm to investigate the matter with the hope that this process will calm everyone down and eventually turn off the spotlight. Because the motivation for this process can be based upon institutional self-preservation, many investigations labeled as “independent” are nothing more than “internal” investigations in disguise. An internal investigation allows the institution being investigated to stay in the driver’s seat, while an independent investigation requires that they get into the backseat with everyone else.

It is up to the watching public to make sure that these institutions are not misleading victims, witnesses, and other interested parties regarding the true nature of the investigation. Disguising an internal investigation as independent ultimately exploits and hurts abuse survivors who are told they are engaging in a particular type of process only to learn when it’s too late that they have unwittingly participated in something that will be used to protect the institution. 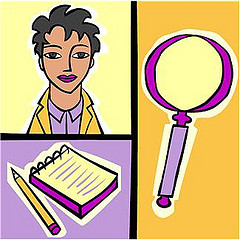 Internal investigations also allow institutions to control the process by unilaterally limiting the scope of the investigation. For example, it is not uncommon for the investigation to be limited to the actions of the perpetrator, while completely ignoring the possible failed responses of the institution. Such a self-serving limitation can cover up some of the most egregious behavior related to the abuse.

Not only does an internal investigation allow the institution to determine the content of the final report, but it also has the authority to decide who reads it. I know some abuse survivors who painstakingly participated in what they were told was an “independent” investigation, only to learn later that they were not allowed to read any of the final report. Other survivors have informed me that they were provided only portions of the final report that the institution alone determined they could read.  Such limited access exacerbates the frustration and pain of survivors who have often waited years to learn the truth, the whole truth. Once again, these survivors were left feeling helpless and exploited by an institution that was all too comfortable sitting the driver’s seat.

The independence of an investigation is not defined by the words or assurances of the institution being investigated. It is defined by a structure that requires the institution to get out of the driver’s seat and give up control. This can be a profound step forward for an organization who is genuinely focused on demonstrating love and repentance to those who have been hurt.

The next time you hear an organization proudly announce that it is going to launch an independent investigation, do a little digging and find out who’s really sitting in the driver’s seat.