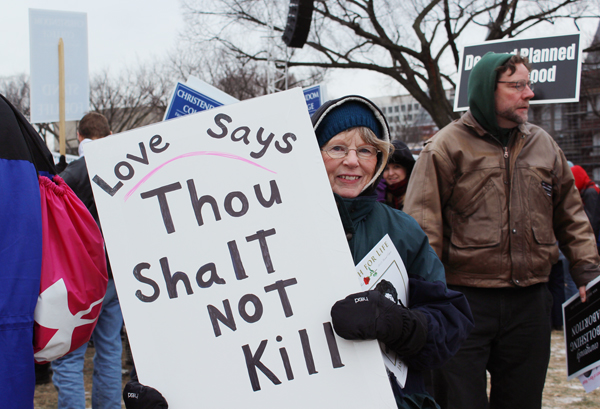 (RNS) I am emphatically pro-life — which is why I think the 2013 Texas abortion regulations are hokum. They’re up for review by the Supreme Court this term, but if Texas wins, they’re still hokum.

My standard for whether an approach to abortion is or isn’t hokum is blunt: Does it reduce abortion or not? The Texas regulations won’t. They might drive poor women, facing clinic closures, to try aborting at home, risking both fetus and themselves — a tragic outcome for regulations aimed at protecting women’s health.

I don’t mean to single Texas out. Its regulations require clinics that provide abortions to have (costly) hospital-grade facilities and the physicians to have admitting privileges at a hospital within 30 miles. Six other states have similar facilities requirements, and 10 states have passed similar admitting-privilege laws (courts have blocked six). Twelve additional states have tried passing admitting-privilege bills, which did not succeed in state legislatures, according to the Guttmacher Institute, a research institution cited by both pro-choice and pro-life advocates.

READ: We have a right to pigheaded ideas. Now what should we do? (COMMENTARY)

It’s not only the recent efforts of these states that are beside the point, however well-meaning they may be. All the legal endeavors of the last 40 years are hokum. Laws limiting abortion don’t pay for sonograms or day care, and they don’t feed or educate children.

If we want to stop abortion — as people on both sides of the debate do — we have to make it possible for women to have their babies. Everything else is a quick fix that makes us feel righteous while evading the issue.

Seventy-five percent of American women who seek abortion do so because they cannot afford a child or another child, according to Guttmacher. Most are in their 20s; women under 18 account for only 6.4 percent of abortions. Sixty-one percent have children and 69 percent are “economically disadvantaged,” meaning 42 percent earn less than $10,830 annually (100 percent of the federal poverty line) and 27 percent earn between 100-199 percent of the poverty line annually.

Between 2000 and 2008, while the abortion rate decreased by 28 percent among higher income women, it rose by 18 percent among poor females.  Today, the abortion rate among poor women is five times as high as the rate among higher income women. Women with family incomes below the federal poverty level ($18,530 for a family of three) have among the highest abortion rates (52 per 1,000 women) and account for more than 40% of all abortions. Higher-income women (family incomes at or above 200% of the poverty line) have a rate of nine abortions per 1,000.

Addressing this doesn’t happen in the courts. It happens by providing women with the resources not only to bear but to raise their children. Both legislative campaigns and court cases are expensive but not nearly as expensive as what’s needed to make this possible. If we’re not willing to spend the time and money, then we’re pro-life and pro-choice (meaning also the choice to have the child) only when it doesn’t cost us anything. Last time I checked my Bible or code of human rights, that isn’t a moral position.

Fortunately, small groups around the country, often faith-based, have been developing programs to give women just these resources. Here are a few things I’ve learned from them (Charles Camosy’s “Beyond the Abortion Wars” has a few more.)

The best program I’ve seen is an “adopt a relative” matching system that puts together women who don’t have families close by with families willing to become their “cousins.” The aim is the all-important emotional support during pregnancy and a long-term relationship where the “cousins” form close bonds with mother and child and do whatever cousins do — from getting a few things at the store and after-school pick-up (so the child and “cousin” children do homework together) to driving the children to school when mom has to wait for a tow truck.

During early pregnancy, women need close-by, accessible community centers where they can get comprehensive, coordinated assistance about medical aid during pregnancy and for themselves and their children after birth. This should include low-cost provision of birth control since the unintended pregnancy rate is roughly five times higher among poor women than among higher income women. Medical aid should be streamlined  at state and federal levels, but until it is, women need to be guided through options and forms so that the experience for women already under duress is not overwhelming. This requires personnel trained in the available programs, in the languages of the local community and in empathy.

Our adoption procedures (traditional, “open” and so on) also need streamlining. It should be as smooth as possible for the birth mother and affordable for adoptive parents, not an income stream for lawyers. In the U.S., 101,666 children are waiting for adoption, but nearly 32 percent linger in foster care for three years or longer before being placed in families, according to the Congressional Coalition on Adoption Institute. Others are institutionalized. States spend 1.2 percent to 1.3 percent of available federal funds on locating and training adoptive parents. Given the devastating, long-term effects of unstable and institutional life on children’s cognitive and emotional development, this is neither a moral nor pragmatic position.

Women who wish to keep their children need a variety of reliable, quality day care options, from church and community centers to “day moms,” women in the neighborhood, each of whom takes care of four or so children, depending on the youngsters’ needs. If other countries can do it, so can the richest one on the planet. Day care needs to feed into solid pre- and public schools, both with after-school programs so that mothers can pick up their kids after work.
Speaking of work, mothers may also need education (GED, ESL, vocational, college) and job training. Other women and men also need access to and support for such programs, but pregnancy is a moment and motive for women to start. 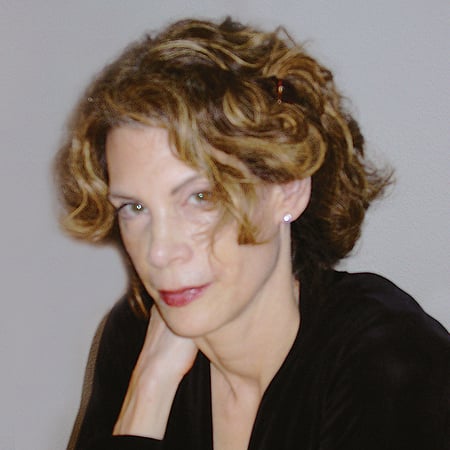 Marcia Pally teaches multilingual multicultural studies at New York University and in the theology department at Humboldt University, Berlin. Her book “Commonwealth and Covenant: Economics, Politics and Theologies of Relationality” will be out in early 2016. Photo courtesy of Marcia Pally

These ideas are not new, but that’s the point. While some community and faith-based groups are refining them (and picking up the tab), stopping abortion and providing meaningful choice call for quality centers that integrate all these features, that are inviting and that are everywhere.

That comes to a large bill in funds, time and expertise. Much could come from the private and faith-based sectors, but such a substantial project will also need government participation. And to be blunt, many of my pro-life sisters and brothers want to cut government budgets.

But a grounding principle of both Christianity and humanism is that each life is of unsurpassable worth — and worth it.

(Marcia Pally teaches Multilingual Multicultural Studies at New York University and in the theology department at Humboldt University, Berlin. She is the author of “The New Evangelicals” and her new book “Commonwealth and Covenant: Economics, Politics and Theologies of Relationality” will be out in early 2016.)