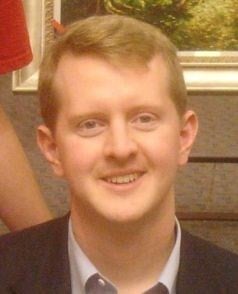 1) any Mormons who are in a same-sex marriage are now considered to be in apostasy, and

2) any children who live primarily in a home with same-sex parents are not eligible for baptism.

Jennings, who is a Mormon Sunday School teacher, related how disappointed he was in the changes, which he called “shocking” because he had understood there to be room in Mormonism for a wide diversity of opinion on same-sex marriage.

He said the new policy means that such diversity does not apply, apparently, to children of same-sex parents, who have to disavow their parents’ relationships before they can qualify for any major rites of the faith. They are not permitted to condone same-sex marriage in any way. To Jennings, that “just seems crazy.”

He also cogently pointed out one of the bitter ironies of the policy:

Jennings: And think about this. It’s only the ones who are actually in some kind of partnership, you know, the ones who are cohabitating or married. So as long as your gay dad is off catting around and being as promiscuous as he wants, you can still get baptized. But the second he moves in with Uncle Larry . . .

Jennings: . . . that’s apparently more problematic for the Church. Which is sort of a crazy side effect of this kind of culture war.

I was surprised to see such an unequivocal denunciation from the mild-mannered Jennings, but also thrilled, frankly. Open and candid disagreement from stalwart, active members of the Church is exactly what we need.

Moreover, I appreciated the way Jennings disagreed with love. He said that it is his tendency to always give church leaders the benefit of the doubt, and believe that their intentions were good. “They’re well-meaning and experienced men, but of a certain age and cultural background, obviously,” he said. “Which is going to inform this. But they’re not scheming supervillains.”

I was grateful he said that. In these past weeks, I’ve been caught in the crossfire of having to defend marriage equality to conservative Latter-day Saints while also defending the basic integrity of the Church to many people on the left—including, most painfully, an old and dear friend who just cannot understand why I would continue to align myself with an institution that in her mind is led by creaky white men who have a history of oppressing blacks, women, and gay people. That one side of history is all she can see.

The middle is a tough place to be sometimes as wars are waged in faith and culture. As Jennings put it, Mormonism has brought him closer to God and made him a better person. It is the foundation of his religious experience, which is why this policy is particularly “heartbreaking and bewildering.”

But he does believe it will change:

Jennings: Obviously, God is not speaking with them [church leaders] as directly as many Mormons like to think. He’s letting people make mistakes . . . He lets us make mistakes for reasons of his own.

Savage: So you think this is a mistake.

Jennings: I think this [policy] is not going to be around. I mean, this is a generational change that’s happening and you just can’t stop a tidal wave. . . . Jesus is on the record about how he treats children, and that’s not usually it. He suffers them to come unto him. He says if anybody is mean to a child you might as well put a millstone around his neck and dump him in the sea. Jesus takes a pretty hard line on mistreating kids. And I think even for Mormons who are normally culturally conservative, this kind of policy really makes you take a long look.

Jennings finished up the interview (as excerpted here) by saying he has no “fundamental urge” to leave the church. I wish Savage would have stopped yammering at this point and let Jennings speak, but here were Jennings’s last words:

I don’t want to see a version of the Mormon Church where everybody like me who has qualms about this has left. That would scare me more.

Amen, Brother Jennings. I’m glad you are sticking around. Please keep speaking the truth in love.