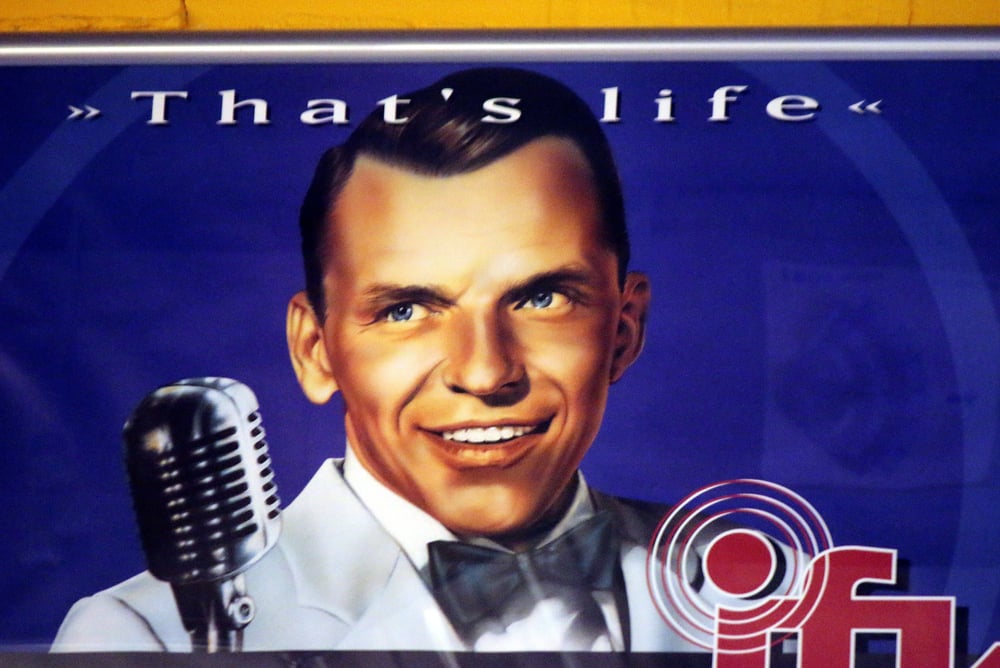 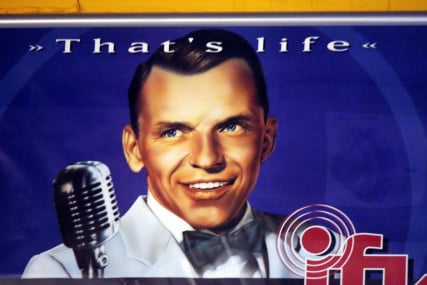 Frank Sinatra. Courtesy: 360b, via Shutterstock

No, Frank Sinatra was not Jewish. He was an Italian Catholic kid from Hoboken, New Jersey, and this week, we mark the centennial of his birth.

That said, Sinatra was a friend of the Jews, of Jewish causes, and of the Jewish state. In the Jewish spirit of hakarat ha-tov (showing appreciation for good people), we should say "thank you" to the Chairman of the Board.

How did Frank Sinatra become so attached to the Jews?

Growing up in Hoboken made him sensitive to the plight of urban minorities. He encountered his share of ethnic bigotry, directed against Italians and Jews, and something in him rebelled. Consider his early song "The House I Live In", which was a plea for ethnic diversity and understanding as being the very essence of America.

Sinatra was an early supporter of the need for a Jewish state. As early as 1947, he sang at an “Action for Palestine” rally. He helped members of the Haganah, the pre-state Zionist military organization, smuggle about $1 million into Palestine. Sinatra's love for the fledgling Jewish state probably influenced him to play a bit part in "Cast A Giant Shadow," the 1966 movie about Mickey Marcus, a Jewish American colonel who fought and died in Israel’s war for independence (played by Sinatra's friend, Kirk Douglas.

As my friend Shalom Goldman has noted, Sinatra performed for the Israeli Defense Forces. He sat on the board of trustees of the Simon Wiesenthal Center. In the mid-1970s Sinatra raised $1 million to build what would become the Frank Sinatra International Student Center in the Mt. Scopus campus of Hebrew University in Jerusalem. In 2002, the cafeteria in that center was the site of a terror bombing that killed 9 people, including 5 American students, and injured about 100 -- including Jews, Arabs, and South Koreans.

And, because of Sinatra's sympathies with Zionism, his records and films were banned in Arab countries.

In his book Mr. S.: My Life With Frank Sinatra, Sinatra's assistant, George Jacobs, reported on their trip to Israel:

Mr. S adored Israel, and Israel adored him right back. Here was a whole country of underdogs and survivors, the people Sinatra respected most, people like himself who had beaten the odds. … Israel was the only place on the whole tour where Mr. S took a real interest in the country as anything other than a concert stop...Most moving for both Mr. S and me was The Yad Vashem Holocaust Memorial...particularly the underground Children’s Museum, where each of the more than one million tiny lights represented the life of a child that had been snuffed out. Afterward Mr. S said the visit had made him feel rotten about not fighting in World War II and that Israel was “a wonderful country worth dying for."

Last week was Woody Allen's 80th birthday. My colleague and friend, Rabbi Robert Goldstein of Temple Emanuel in Andover, MA, reflected with me on the contrast between Woody and Frank (coincidence: both of whom were involved with Mia Farrow):

"Woody Allen's life in no way reflects any attempt at living by Jewish values. On the other hand, Frank Sinatra, who was not at all Jewish, is remembered as one of the most charitable celebrities ever. The beneficiaries of his generosity, here and in Israel are still benefitting from his philanthropy."

Perhaps Sinatra was always singing about Jewish issues. Consider some of his hits, and their possible Jewish interpretations (and enjoy the music!):

But,  kidding aside -- Sinatra -- a hero? What about his connections with organized crime?

True. But, look at Jewish history -- filled with flawed heroes.

Think of Oskar Schindler. He saved many Jewish lives. But, he was also a corrupt man corrupted others, especially Nazis. A saint would have been unsuccessful.

As he ancient rabbis said: “Let no person think himself or herself as entirely righteous or entirely wicked.” You live with your imperfections. If you cannot transform them, at least transcend them.

About Sinatra's mob ties. Those mob ties allowed Sinatra to smuggle money to the nascent state of Israel.

Sinatra was a flawed and complex man. That is precisely what makes this story so Jewish.

Sinatra lived his life "My Way."