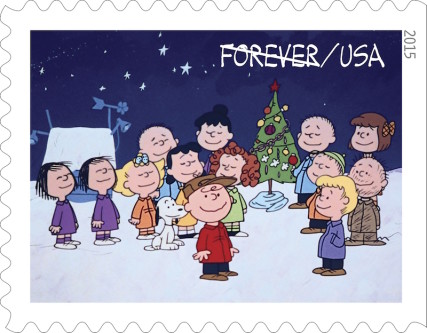 The Christian Right spent much of the Christmas season complaining about a "War on Christmas," symbolized by everything from the design of the Starbucks coffee cup to the way holiday greetings are now exchanged in the US. I disagree with these religious brethren of mine on almost everything, but I did go through the Christmas season paying close attention to see if there might be any validity to their concerns.

My reading is that it is definitely true that the public version of the Christmas season felt a little different this year, based on my limited, very urban experiences in Atlanta and New York.

--The New York shop windows were spectacular, but with one exception the ones I saw lacked any reference to the Christian story of the birth of Jesus. The exception was Macy's, which featured the "Charlie Brown Christmas" special, now on its 50th anniversary. The windows retold the story of that unforgettable little movie, which includes explicit Christian content.

--Store employees did tend to say "Happy Holidays" rather than "Merry Christmas." This seemed more pronounced this year than in former years.

--Radio stations promising all Christmas music all the time seemed to play far more of the silly, romantic, or lonely-heart Christmas music than the old Christmas carols. Much of this non-religious music is truly wretched.

So, let's grant that the public observance of Christmas is changing in the United States, becoming less Christian and more neutral or secular.

That leaves two questions: Why is it changing, and how should Christians respond?

I think it is changing primarily out of respect for the real religious diversity of our country. This diversity is especially obvious in urban areas. If your neighbors, customers, or fellow citizens are Jewish, Muslim, Buddhist, spiritual-but-not-religious, and every kind of Christian and post-Christian, this is relevant to how one handles the Christmas season.

Businesses seek not to drive away their customers, for obvious reasons. Government officials must serve the entire community and are constrained by the First Amendment. And polite people try not to offend their neighbors. For all of these reasons, the explicitly Christian content of the Christmas season gets downplayed.

So how should serious Christians respond to this development?

We can choose to respond with anger and outrage. We can join the Christian Right in weaving this particular development into their broader narrative of cultural decline and our national falling away from the God of our fathers. We can blame political correctness, always a ripe target. We can demand a return of Christmas like it used to be in an America like it used to be. And then when our non-Christian neighbors get offended we can count it as part of the cost of discipleship. After all, Jesus said we would be persecuted for our faith. Etcetera ad nauseum.

Or we can acknowledge that we live in a very different kind of society than, say, 1950s America, and respond both humbly and strategically.

We can recognize that one major reason America is increasingly post-Christian is because we Christians have lost or driven away many of our own adherents. Those losses are on us. Our fault.

We can acknowledge that immigration has also brought in increasing numbers of people of other faiths, and that this reality of cultural religious diversity is not likely to change.

We can look to other periods in history and other contexts in which Christians were a minority rather than a majority in the cultures in which they lived. Oftentimes Christianity was actually healthier.

And we can seek to share our faith with others in a loving way that might actually be attractive in 2015 America.

So this "War on Christmas" thing is not really about Christmas at all. It's about Christians figuring out how to accept declining cultural power while still bearing witness to our faith in a country that, overall, no longer accepts the privileging of Christians and Christianity in the public square.