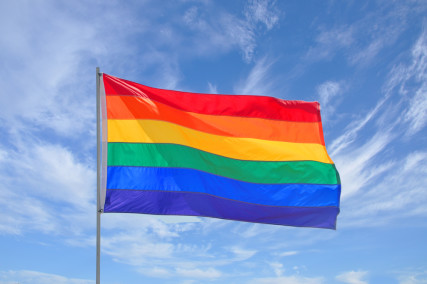 This comforts many people, knowing where they came from and where they are going, but sometimes it gets Mormons into trouble when faced with questions regarding specific groups of people.

I worry we are constructing new folk doctrines regarding LGBTQ+ members. Looking into our history, this has not ended well.

For example, look at the “Neutral in the War in Heaven” tradition that was applied to people of African descent. It’s not hard to find examples of early church leaders trying to justify the priesthood/temple ban saying that Black people were “fence-sitters” or somehow “less valiant” or even “that the conduct of spirits in the premortal existence has some determining effect upon the conditions and circumstances under which these spirits take on mortality.” Even though leaders such as Elder Bruce R. McConkie stated right after the lifting of the ban in 1978 that “We spoke with a limited understanding and without the light and knowledge that now has come into the world,” we are still having to educate members in 2016 to counter the lingering damage this folk doctrine caused.

So now that the policy/revelation is in place, a lot of members are asking: If LGBTQ+ members did not choose to be gay, and yet they do not fit into the eternal plan of salvation as LGBTQ+, how does that work?

Since we know through trial and error (the famous deletion in President Boyd K. Packer’s 2010 talk “Why would our Heavenly Father do that to anyone?”) that God did not make them that way, it is tempting to ascribe it to a punishment for something they did in the pre-existence. Maybe they were confused in the War in Heaven. Maybe they were distracted. Maybe their children who are now excluded from being blessed/baptized/ordained until age 18 were too silent in the debates, so now have to be extra vocal about disavowing their parents’ relationship to take their place in the church.

See how easy that is to do? And how wrong?

Using his own interpretations of certain Book of Mormon passages regarding Nephites and Lamanites, President Spencer W. Kimball believed that through Mormonism, those in the Indian Placement Program were becoming lighter-skinned. “The day of the Lamanites is nigh. For years they have been growing delightsome, and they are now becoming white and delightsome, as they were promised (2 Ne. 30:6). . . . The children in the home placement program in Utah are often lighter than their brothers and sisters in the hogans on the reservation.”

This trickled down to members believing that there would be one unified race in the hereafter: white. (Which, interestingly, is in direct opposition to another problematic pre-1978 folk doctrine that Black members will go to the celestial kingdom as servants.)

Such history should make us very cautious about constructing any justifications like the one that gay people will become heterosexual in the hereafter.

Why worry about it? Because just this week, Elder Marcus B. Nash of the Seventy stated in a BYU devotional:

. . . Heavenly Father’s life defines eternal life. And one of the things we know about His life is that He is sealed in an eternal marriage of man and woman. So to choose anything less than the eternal marriage of woman and man is to choose something less than the full resplendent purpose of our Father’s plan. God loves all of His sons and all of His daughters and would have us know that each of us has the innate, divine capacity to exercise faith in Christ and receive all that the Father offers his children. In other words, none of us are predestined to fail.

Here I understand him saying anything that causes failure in the eternal plan of salvation, including someone’s integral sexual identity, can be overcome so that one can obtain an eternal marriage of man and woman. He continues:

However, we should recognize that each of us comes into this world with weakness, which I will define as desires or tendencies inconsistent with the plan of salvation. Such things, to one degree or another, are inherent in the human condition.

In looking at this through the lens of LGBTQ+ issues, we understand that it’s not because a loving Heavenly Father would make them a certain way, but having weakness/desires/ tendencies are part of being a fallen human. Notice how he does not blame action/inaction in the War in Heaven. Elder Nash then outlines how to overcome these:

Moroni teaches that any son or daughter of God who will humble himself or herself before God and exercise steadfast faith will over time experience the miracle of Christ making weak things become strong unto them . . .  For the faithful, such weakness, is, ultimately, temporary. For when he comes again, and I’m quoting a beautiful scripture that I love, for when he comes again ‘God will wipe away all tears from their eyes, and there will be no more death, neither sorrow nor crying, neither shall there be any more pain, for the former things are passed away.’ Our Heavenly Father’s Plan of Salvation, making eternal life possible for us, is the greatest expression of love ever made. If we choose, by faith, to live according to his law despite our human weakness, we will one day receive all that the Father has. Thus to stand for the Father’s plan is not hatred or bigotry. Rather, it is to express God’s love. . . .

Again, you can argue that Elder Nash was speaking more generally, but you can also apply it specifically to LGBTQ+ issues especially in light of him noting that he is not being bigoted regarding current social issues.

Is this the beginning of a folk doctrine that LGBTQ+ people have the capacity to be changed to match the heterosexual plan of salvation?

I hope not, because as one friend put it succinctly, this is sort of like saying, “You poor thing. You’re not like me. Fortunately after you die, Jesus will make you like me, so I’ll be more comfortable.”

And while it’s going to be hard in the ever-increasing vacuum of “if God didn’t make them this way and if they didn’t choose to be this way but how then do they fit within the eternal plan of salvation?” there is really only one answer: