Mark Navarette, who is on death row for murder, speaks to members of the media from his cell on the East Block during a media tour of California’s death row at San Quentin State Prison on Dec. 29, 2015. Photo courtesy of REUTERS/Stephen Lam
*Editors: This photo may only be republished with RNS-BUTLER-COLUMN, originally transmitted on March 1, 2016.

(RNS) Pope Francis continues his drumbeat for a global moratorium on the death penalty. This is a wake-up call not just for Catholics, but also for all Christian leaders and lawmakers to reflect and take action.

The words of the world’s most popular faith leader in fact come at a time when religious communities are questioning the death penalty theologically and biblically. Opposition to the death penalty even among conservative Christians continues to mount, as evident in the National Association of Evangelicals’ thoughtful reconsideration of its strong support of the death penalty.

But while many theologically conservative Christians have reconsidered their support, the response from Southern Baptist Ethics and Religious Liberty Commission President Russell Moore reveals Christians still have theological work to do.

READ: Why I can’t rejoice in the ‘Son of Saul’ Oscar (COMMENTARY)

Moore, whom I deeply respect, acknowledged the deep flaws in our criminal justice system, but holds fast to the scriptural case for capital punishment, saying: “I cannot agree with Pope Francis that the death penalty is, in all circumstances, a violation of the command not to murder.”

Moore suggests that the Hebrew Bible seems to draw a distinction between murder and lawful execution. But both the Hebrew prophets and Jesus consistently challenge the ancient “eye for an eye” legal system to create room for mercy, humility, forgiveness and ultimately redemption. How can Christians, whose greatest biblical heroes include some who were guilty of murder, support the death penalty?

From King David, who ordered Uriah murdered because David coveted his wife, to Paul, who persecuted and even stoned Christians, Scripture is full of heroes who committed murder. Sure, these men eventually repented and converted, but what if they had been executed for these murders before getting the chance to become great moral leaders? How is it that Christians now advocate that a human being, even one who has committed the worst sin, be deprived of the chance for repentance and salvation?

To close off the potential for the salvation of a soul is to give in to our modern culture, which not only devalues human life, but also fails to reflect the depths of what Scripture teaches us about love.

Popular culture mostly thinks of love as a romantic, uncontrollable feeling (just listen to the Top 40), But when God’s people are called upon to love, they are being commanded to do something whether they feel like it or not. Just as God bears with us in all our sin and stupidity, we must bear with others.

This is the foundation for the biblical call to love our enemies. This love is not about warm feelings toward one’s enemies, but rather a commitment to seeing them as children of God capable of redemption.

Jesus takes this ethic a step further in Matthew 5:44: “Love your enemies and pray for those who persecute you, that you may be children of your father in heaven.” Even as he himself was executed, Jesus called on God to “forgive them, for they know not what they do.”

Members of Mother Emanuel African Methodist Episcopal Church in Charleston, S.C., demonstrated this type of love as they faced the man who had murdered nine parishioners there during a Bible study. Many of us wept in grief and awe as the mother of Tywanza Sanders, one of the victims, spoke of how she would never be the same, yet said to the killer: “But may God have mercy on you.”

I heard no calls for the death penalty, but I did hear from Emanuel victims and civil rights leaders that justice would be served through a commitment to social change.

In the words of Emanuel interim pastor the Rev. Norvel Goff Sr.: “Our faith is stronger than fear. We still have the audacity and temerity to believe that love overtakes hate.”

When we focus on seeking the death penalty we allow anger, fear, hatred and bitterness to rule us. Worse yet, in focusing on the penalty for the crime we fail to devote our energy to the source of the evil act itself — hatred, intolerance, fear, abuse, neglect, mental illness — rather than working to address underlying injustice and brokenness.

While hatred, anger and fear toward a mutilated and warped soul are legitimate feelings, do we want them to rule us? 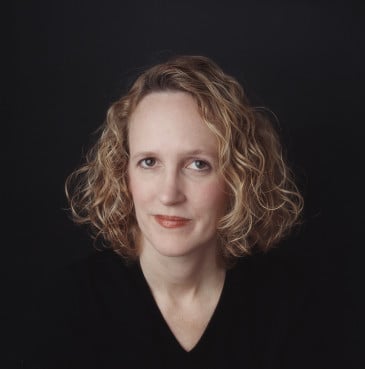 Lent is a season of reflection on how Jesus suffered and died that we might learn what it is to love and find redemption. In this spirit, it should also be a time for Christians to work together to transform a criminal justice system that is not only racist and broken, but also fails to practice the redeeming love Jesus challenged us to embrace.

(The Rev. Jennifer Butler is CEO of Faith in Public Life)