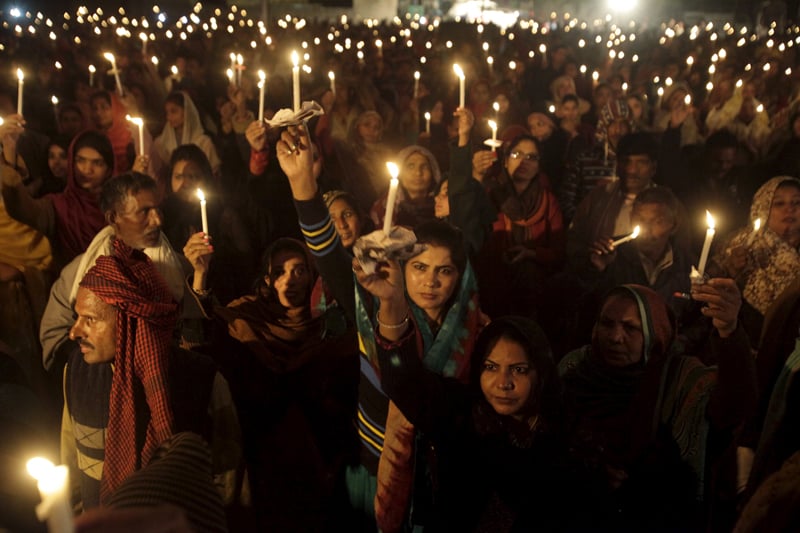 Pakistani Christians hold candles to pay tribute and pray for victims of the Army Public School attack in Peshawar on the anniversary of the attack at a ceremony in Lahore, Pakistan, on Dec. 16, 2015. Photo courtesy of REUTERS/Mohsin Raza
*Editors: This photo may only be republished with RNS-SARWAR-OPED, originally transmitted on March 30, 2016.

(RNS) The spokesperson for the Tehreek-e-Taliban Pakistan proudly confessed to the bombing in a Lahore park: “We claim responsibility for the attack on Christians as they were celebrating Easter. We had been waiting for this occasion,” he said.

The Lahore carnage this past Sunday (March 27) claimed 72 people, including 36 Christians and 36 Muslims.

But the response of the city’s residents is remarkable. Militant Muslims were mutilating Christians, but moderate Muslims are donating blood.

This is a clear message to extremist Muslims that moderate Islam cannot be defeated.

We need some background to understand how both strains of deadly extremism and compassionate egalitarianism can exist side by side in Pakistan’s Muslim communities.

From the beginning of the Muslim umma, or community, believers became fragmented. Sunni and Shiite are the primary division, haunted by memories of tribal animosity, bloodshed, theological and legal differences, and political strife. These divisions followed Muslims wherever they lived, including Pakistan. Divisions proliferated. The TTP, which claimed responsibility for the Lahore park attack, is one sliver of Sunni Islam.

Islam was firmly entrenched in Pakistan even before the country’s birth in 1947. St. Thomas was said to have lived in Taxila near Rawalpindi in the first century. He was followed by the sixth-century Nestorian Church, the Jesuit missionaries, the East India Co. and many Protestant missionaries. All helped Christianity coexist, survive and witness in an Islamic context.

In August 1947, during the partition between India and Pakistan, Christian leaders decided to support Pakistan because of their shared culture, language and, to an extent, religion. Christians learned how to defend their faith, and have engaged Islam through debates and dialogue with Muslim theologians.

The period between 1947 and 1977 was one of peace for Christians. They served the nation in government offices and the armed forces.

But during the military regime of Zia-ul-Haq from 1978-89, the powerful Islamic extremists and religious-political parties imposed blasphemy laws on minorities. That was a blow to Christian identity and witness.

During the last three decades, Christians have suffered severe religious persecution. Hundreds of people have been killed, Christian villages and churches have been burned, pastors have been tried on false accusations, girls have been abducted and raped, and families have been tortured and killed — all because of their faith.

In spite of it, Christians in Pakistan — numbering more than 2.8 million — are not only surviving; they are thriving.

These Pakistani Christians live with Muslims in a shared culture. Pakistan is unique because its constitution combines the restrictions of Shariah with legal provisions of religious liberty. This has resulted in a division of society into three blocs: those who favor political Islam, pluralists and nationalists. These blocs vie with one another to define and impose Pakistani identity with Islam as the state religion.

Since 1973, the constitution has provided some safeguards and guarantees for religious freedom. But discriminatory amendments were added, such as the Shariah Act passed in 1991, restricting minorities and strengthening the grip of the Islamists. One consequence is that state-supported religious ideology created violence and hatred against minorities.

However, not all Muslims have accepted this hatred and violence. Muslims are also suffering from these extremist atrocities, but they are silent spectators.

Christians could play a role as peacemakers and develop a process of reconciliation by bringing hostile groups together for discussion and dialogue.

We can offer assistance in reforming the madrassas or religious schools and thus multiplying the efforts of Pakistan’s moderate Muslims, the ones giving blood to the Christian victims of the Lahore Easter bombing. 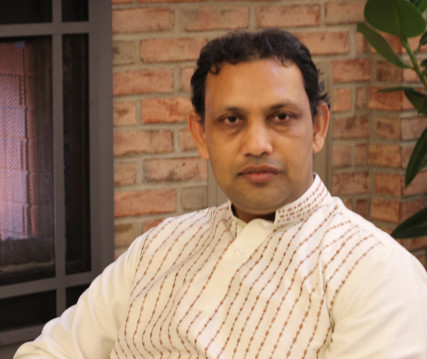 Eric Sarwar has been a pastor in the Presbyterian Church of Pakistan since 2003. He is a student in the doctoral program at Fuller Theological Seminary, Pasadena, Calif. Email: [email protected] Photo courtesy of Eric Sarwar

Christian educators and peacemakers can help the government of Pakistan to develop this counternarrative, by:

The call for the followers of Christ is to carry a cross and to be his witness — even to martyrdom: We are Easter people and the Word of God incarnated and crucified. “Christ is risen.”

(Eric Sarwar has been a pastor in the Presbyterian Church of Pakistan since 2003. He is a student in the doctoral program at Fuller Theological Seminary, Pasadena, Calif. Email: [email protected]) 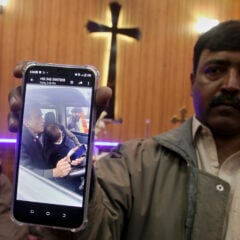