(RNS) Alexis de Tocqueville’s “Democracy in America” offers us perhaps the best single account of what Donald Trump’s candidacy for the presidency means for our country.

Although Tocqueville was not clairvoyant, his analysis of American democracy in this classic work is justly famous for its insights regarding the perennial problems free, democratic societies face.

Demagoguery is one of these problems.

Tocqueville came to America in the early 1830s partly to learn how France could prevent the gross abuse of power by a popularly elected leader.

Tocqueville considered then-President Andrew Jackson an interesting case in point. Jackson, in his view, was a “man of violent character and middling capacity,” despotic by temperament, if not in fact. Nothing “in all the course of his career,” he wrote, “had ever proved he had the requisite qualities to govern a free people.”

Yet Tocqueville did not consider Jackson’s ascent to power a mortal threat to our free political institutions. Even American “revolutionaries” he wrote, must openly express “a certain respect for morality and equity,” which keeps them generally law abiding.

Trump clearly resembles Tocqueville’s Jackson although he is not quite the kind of “revolutionary” that Tocqueville feared. His covert support for popular violence, his contempt for constitutional norms, and his stunning ignorance of public policy all suggest that a President Trump would have neither the wisdom nor the moral virtue needed to fulfill the responsibilities of high office.

Indeed, his open disrespect for the basic decencies of political life helps explain why so many Republicans as well as Democrats view him with fear and loathing.

Yet if Tocqueville were alive today, he would be less concerned about Trump than about the nature of his supporters.

Tocqueville considered America’s national character the best gauge of our political health. Unlike the American founders, he believed our character rather than our Constitution would be the chief bulwark of our freedom. Tocqueville admired our character for many reasons, but mostly because it was based on the core ethical doctrines of Christianity.

In Tocqueville’s time, freedom-loving Americans subscribed to the then-prevalent Christian ideas that all human beings are worthy, that our rights are sacrosanct, that we must be charitable and tolerant, and that we are morally accountable both here and in the hereafter.

Politicians deferred to these principles, at least publicly, because their constituents expected them to do so.

Tocqueville did not consider all American Christians sincere believers. Nor did he think that they were sufficiently moral to prevent their less ethical brethren from oppressing African and Native Americans. Yet he deemed their shared Christian ethos strong enough to maintain our free political institutions.

Unfortunately, America’s national character is not quite that strong today.

While most Trump supporters consider themselves Christians, their willingness to empower a despicable demagogue suggests they no longer adhere to the core ethical tenets of their faith.

Tocqueville’s analysis of American religious life helps us to understand why. He believed that strong democratic forces tend to promote popular skepticism. He therefore admired the willingness of American clergy to bolster faith by deferring to majority opinion on secondary, but not on primary matters.

Thus, for example, ministers encouraged their congregants to pursue wealth, as long as they did so honestly. These compromises helped Christianity keep American political life relatively decent for most of our history.

Yet as American public opinion has become more secular and more powerful in recent decades, American Christianity has become less able to thwart the will of the majority in any significant way.

In fact, majority opinion now shapes the contours of American faith rather than vice versa and in so doing has gutted the core of this faith in profound and disturbing ways. Many American Christians no longer believe we must help the weak and the vulnerable, or that we should pursue nonmaterial ends. Without these beliefs, very little prevents them from jumping on Trump’s bandwagon.

In the 1830s, Tocqueville considered America free from despotism. But his prognosis for our future was guarded. Different circumstances, he warned, could lead democracies like ours to breed tyrants. We must now prevent Trump from winning the presidency if we are to avoid this evil fate. 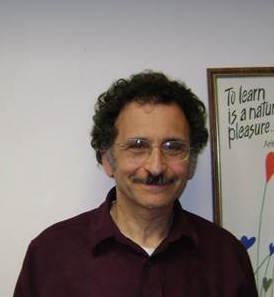 Our more urgent, long-term task, however, is to revitalize America’s national character by restoring widespread, genuine respect for the ethical principles of all religions that support freedom. While Tocqueville warned that meeting this challenge would be difficult, he cautioned us never to lose heart.

For American liberal democracy to flourish, he observed, we must simply be good enough to “wish” it so and wise enough to make it so.