I don’t usually write responses to editorials. But this one is so factually and logically flawed that I couldn’t help myself. 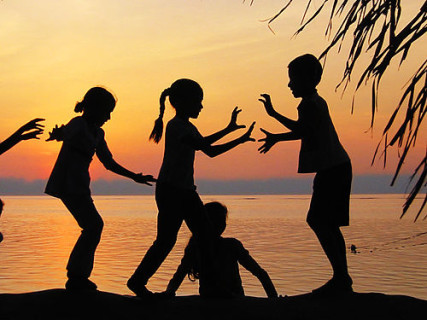 He says that Americans are beginning to realize that we are facing a “demographic nightmare.”

Our problem is not too many people but a plummeting birthrate. There are more single women today than those who are married, and the birthrate has been declining steadily. If it were not for immigration, this nation would be below zero population growth.

First off: the statement is false.

Moreover, the birthrate has not been declining steadily. There is clearly a decline in births during the late 1960s (hint: it had something to do with contraception being legal and available as “the pill”). Since that shift, the birthrate has remained steady, with ups and downs due largely to economics (in recessions women delay childbirth). Depending on which measure is used, the low for the birthrate could be recent, or in 2006, or back in 1976.

Even if the statement were true, it is not clear why it is a “demographic nightmare” for our birthrate to be falling only to be saved by immigration. Is it too controversial to ask if the nightmare is that “real Americans” are being overtaken by immigrants?

Dobson makes other claims that are less than factual.

…the population has been depicted as a pyramid, with the young being represented across its broad base and fewer older individuals nestled at the pinnacle. Now, we’re witnessing an inversion of the pyramid, where there are many more older people at the bottom and a smaller number of younger people and babies at the top.

What?! Not true at all. Try out this tool from the U.S. Census. It allows you to see this pyramid and its changing shape during the 20th Century. Here’s what you’ll see:

The most notable change is longer lifespans. People don’t die as often during childhood, in childbirth, in accidents, or later in life. This, at least in my opinion, is a good thing.

Dobson’s canards play into fears of demographic changes brought on by immigration. Or by Africa or Asia growing in population. We are not facing an inverted pyramid. Our population is increasing without immigration. With immigration (which is a good thing), the population growth in the United State is strong.

Putting all the false alarms (and this is difficult to do), Dobson’s editorial ironically treats people with the same utilitarianism that drives the population control policies he criticizes.

In his first draft of this essay (available here) he’s more explicit about his belief that God wants people to multiply. He blames riots in Germany and France on populations growing older (this, too, is incorrect: younger populations are less stable and more likely to have violence). Dobson links population decline to death panels, Hillary Clinton, socialized medicine, and other boogeymen. He calls for the government to pay (via tax breaks) those who have children. Dobson is using the same crass view of humans that he sees in population control policies. Persons are valued for their ability to maintain the economy, pay for government services, and provide for political stability.

Reading the CT editorial and the original essay, the problem Dobson is really attacking becomes clear: women aren’t fulfilling their role as mothers. They need to follow God, put aside their selfishness, and procreate at a level that keeps up the population. The problem is never fathers or men. Dobson repeatedly focuses on women. Dobson’s aim is to convince women that they need to have children. Sure, he says, women have the right not to have children but if they exercise that right, we’re doomed.

“Those [women] who choose not to have children are moving the culture toward extinction with a wagonload of humanity bumping along behind,” Dobson wrote.

The declining fertility rate in the world, Dobson wrote, “must be the reason why the Creator ordered Adam and Eve to, ‘Be fruitful, and multiply, and replenish the earth.’ (Genesis 1:28).”

[Note: if one wanted to be critical, one could note that the fertility rate in Genesis 1:28 was zero, as was the death rate]

Dobson concludes his original essay with a quote from a poem by “Mother Shipton.” I’ll let Dobson quote her and explain it himself:

…here is a stanza related to the demographics we have been discussing. She wrote:

“In those wondrous far-off days, the women shall adopt a craze to dress like men and trousers wear, cut off their lovely locks of hair. Then love shall die and marriage cease, and nations wane as babes decrease.”

Shipton had it right

No, she didn’t. And neither does Dobson.