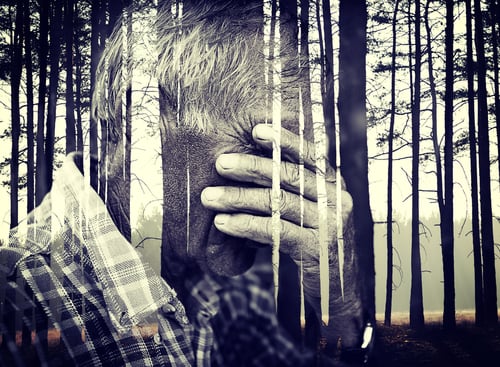 No fewer than 12 states are considering some form of legislation to allow terminally ill people the option of medical aid in dying should they find themselves in such circumstances.
May 4, 2016
guest

(RNS) The Rev. Rob Apgar-Taylor, a United Church of Christ minister in Frederick, Md., can recall vividly the circumstances that led to his becoming a passionate advocate for medical aid in dying: “My ex-wife's husband (also named Robert, coincidentally) was diagnosed with glioblastoma, a brain tumor, in 2011.

"The last year of his life, following a second surgery to remove a large tumor from his brain, was a living hell. He suffered daily seizures and unrelenting pain.

"His family and my children were severely affected by this process.

“Robert and his wife had a child together, and this precious little girl spent every day watching her father struggle with chronic, debilitating pain. She was 8 when he died. It will no doubt have lifelong effects for her.

"Perhaps the most telling effect of witnessing this horrible journey came from my daughter, who told me, ‘Dad, I will never put any of you through this again. If this is ever me, I would end my life before I did this to any of you.’"

Five states (Oregon, Washington, Vermont, Montana and California) already permit such assistance to a dying adult under certain conditions. The impetus for such legislation has come from concerned citizens, health care providers and secular organizations such as Compassion & Choices.

It has also come from some of us in the religious community.

In adopting a resolution reaffirming its previous support of medical aid in dying, the Central Atlantic Conference of the UCC last June joined a growing chorus of faith organizations convinced that their faith commitments require the affirmation and advancement of human dignity at all life’s stages, including and especially the end of life.

In my social justice witness on behalf of my UCC conference, I have had the responsibility and privilege of advocating for its position on medical aid in dying in legislative hearings on Maryland’s End of Life Option Act, which failed in the General Assembly. During those hearings, one of the arguments religious opponents of the bill employed is that suffering can be a divinely sanctioned means of dignifying the sufferer and edifying the observer.

On the basis of that reasoning, the suffering that Robert experienced and that his family vicariously shared was directed or at least permitted by God, somehow for their own good, at least in principle.

But it should not be taken to mean that suffering for suffering’s sake is somehow a divine gift of ennoblement or test of character. To be sure, there are forms of struggle or travail that contribute to more worthy ends; thus, we rightly esteem doctors who labor under severe conditions to save lives in war-torn areas or admire parents who make extraordinary sacrifices to provide for their children.

Still, it is the common impulse of people of goodwill everywhere to prevent or at least mitigate all forms of gratuitous suffering -- i.e., suffering that cannot reasonably be held to serve a higher purpose. Such a disposition is no less characteristic of the divine reality that, because it sympathetically shares in the joys and pains of each of us, wholeheartedly embraces in unbounded love all of us.

Considerations of the kind of life we are called to lead are paramount to our moral deliberations and should inform matters of public policy. We certainly agree that a person’s life as such has value to God.

Yet we also believe that quality of life is important to God. When that quality declines irreversibly, people who have a medical prognosis of six or fewer months left to live may morally choose to end that life by means that are, in their own way, an affirmation of divinely endowed human intelligence and dignity. Such means are those permitted by the End of Life Option Act.

(The Rev. Alexander F. Vishio is assistant minister for Social Justice & Witness for the Central Atlantic Conference-United Church of Christ, in Catonsville, Md.)