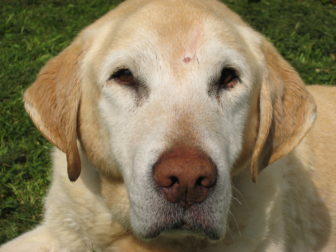 Back in the day, most white Southerners were yellow dog Democrats, the idea being that they’d vote for a yellow dog as long as it had a “D” next to its name. Today, most white evangelicals are yellow dog Republicans. The latest Pew survey shows that white evangelical support for Donald Trump is as high as it was four years ago for Mitt Romney — and if you look back in time, right up there where it was for George W. Bush. As long as there’s an “R”…

But the big news from Pew is the disappearance of the God gap. Four years ago, respondents who said they attended worship at least once a week preferred Romney to Obama by 15 points, 55 percent to 40 percent. This year, the margin is just four points: 49 percent for Trump to 45 percent for Clinton. That recent Iowa poll was no anomaly.

Nor is this simply the result of the impact of a growing Latino Catholic population that is intensely anti-Trump. Four years ago, white Catholics were backing Romney over Obama by nine points, 53 percent to 44 percent. That margin has now been halved, with Trump at 50 percent and Clinton at 46 percent.

The bottom line is that Trump has seriously undermined the Republican appeal to the more religious among us. Except among white evangelicals of all stripes, who just love that yellow dog.