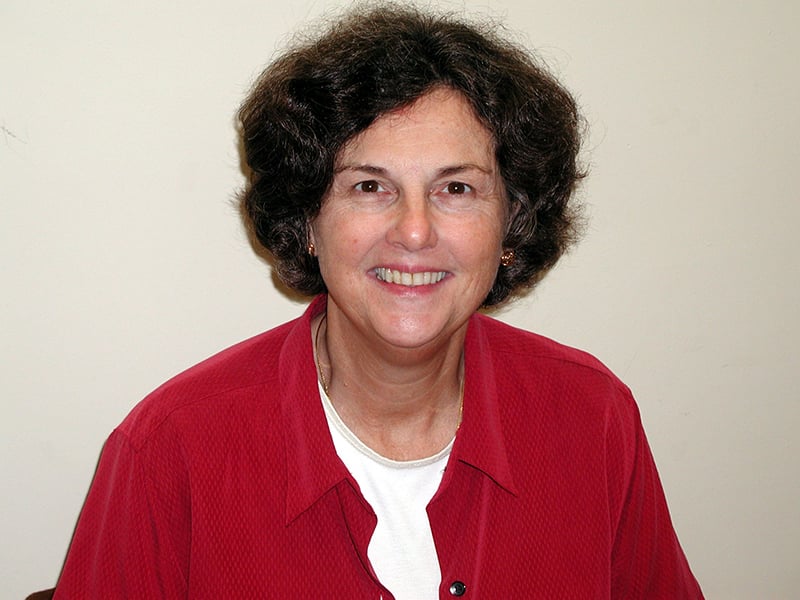 Phyllis Zagano, a scholar at Hofstra University, is the only American woman named to the Vatican panel that will study whether women can be ordained as deacons. RNS photo courtesy of Hofstra University
August 3, 2016
David Gibson

(RNS) The Vatican this week unveiled Pope Francis’ picks for a 12-member panel of scholars who will study the question of whether women were ordained as deacons in the early church, and whether they could be ordained in the Catholic Church today -- a historic step, if it were to happen.

What will the commission, which will operate under the supervision of an archbishop from the Vatican’s doctrinal office, do?

A few hours after the announcement was made on Tuesday (Aug. 2), RNS spoke with Phyllis Zagano of Hofstra University on Long Island, the leading scholar of woman deacons and the only American woman named to the Vatican panel, which is evenly weighted between men and women.

Zagano, author of “Holy Saturday: An Argument for the Restoration of the Female Diaconate in the Catholic Church,” has long championed the idea that women can and should be ordained deacons.

Q: How did you find out you were named to the commission?

A: I got an email. (She laughs.) That’s it. I came into my office at 8:30 this morning and there were a number of emails congratulating me and I got to the one with the press release announcing that I was on the commission.

A: No. I had no idea. I feel like I’ve won the Academy Award.

Q: Do you know why you were chosen?

Also, my work has focused on women in the diaconate, period. I’ve never gotten mixed up in the women in the priesthood debate. And I think that is my strongest credential. I don’t see the two ministries as connected. The diaconate is one that women have historically participated in. More recently, there have been women in the Eastern Catholic churches, but certainly in the Western churches [in the past]. And I have done a significant amount of speaking on the topic, including internationally. I wrote academically and in the popular media. I’ve also had discussions with various church leaders to say this is a matter of discernment, that this is something that the Lord has left his church to decide.

Nobody from the [Vatican] Congregation for the Doctrine of the Faith called to say, "Do you want to come to Rome?" It is my understanding and intuition that members of the hierarchy in Rome and the United States, when asked about women deacons, would respond, "Phyllis Zagano."

Q: What is your sense of the views on this topic among the other members of the commission?

A: I’m not aware of any academic research by any of the other members of the commission on women in the diaconate, and that is my focus. So to characterize any individual one way or the other, I couldn’t do it. … I know of some of these esteemed professors but I don’t know any of them personally.

Q: Do you know how the commission will work and when you will meet?

A: I don’t. The only thing I know is that nothing will happen before September. That’s the only word I have from Rome as far as any procedures. But to have the announcement here in August [traditionally a slow month for activity in the Vatican and Italy] is very interesting to me. It means Francis is really moving on this. He’s saying, "You do this." To me it’s very fast. He only said off-the-cuff in May that he wanted a commission. Here we are just 10 weeks later.

Q: But he also cautioned against raised expectations, that women deacons will be allowed.

I think it breaks down culturally more than it breaks down politically. I’m seeing this as the Holy Father [who is from Argentina] thinking about this as a South American bishop: Wouldn’t he love to see some of these 25-year-old women religious [nuns and sisters] hiking up the mountains to baptize people and marry people when the Catholic Church is losing how many thousands a day to the evangelicals in South America?

So I think it becomes a cultural discussion as much as an academic and theological discussion.

Q: But the mandate for your commission seems to focus on exploring the historical precedent for women deacons -- terrain that was covered by a previous theological commission in 2002 that left the door ajar for such a step.

A: Yes, but it expressed the intention “to set up an official commission to study the question” of the women in the diaconate “especially regarding the earliest era of the church.” So yes, it can go over the early terrain. But going over the early terrain won’t bring much discussion because at some point you have to decide whether the women who were ordained then can also be sacramentally ordained today.

Q: So the commission’s work will have to pivot from the historical record to what is a prudential decision for the Catholic Church today?

A: Exactly. And I think that discussion will evolve in the more public realm -- that the church today will make its views known as the commission’s work proceeds. And I think that’s very healthy, and very important.

I can’t make a blanket statement saying that a bishop in his diocese has to have women deacons. I have no right to say that. But I also have no understanding of the needs of the church in a certain diocese or in a certain national episcopal conference.

Q: Will you give a recommendation to the pope to allow the ordination of women deacons?

A: I’ve written that the church should [do that]. Look, I don’t want to raise false hopes. To me, it is a 'merely ecclesiastical law' because women have been ordained as deacons in the past. But I can’t say what the commission will find; I don’t want to raise hopes one way or the other. I think the important thing is this is a discussion the whole church should undertake, and it will.

Q: How are you feeling?

A: I’m kind of tired. I was going to go food shopping today.

Related Posts
By Reese Dunklin, Michael Rezendes
Catholic Church lobbied for taxpayer funds, got $1.4B
By Claire Giangravé
Vatican Museums used to be an overcrowded ‘hell,’ say tour guides. COVID-19 may change that.
By Alejandra Molina
We have a story to tell: Indigenous scholars, activists speak up amid toppling of Serra statues
By Claire Giangravé
Top Vatican investigator on sex abuse says church must empower victims
By Claire Giangravé
In video, Cardinal Pell details his time in prison before being cleared in abuse case