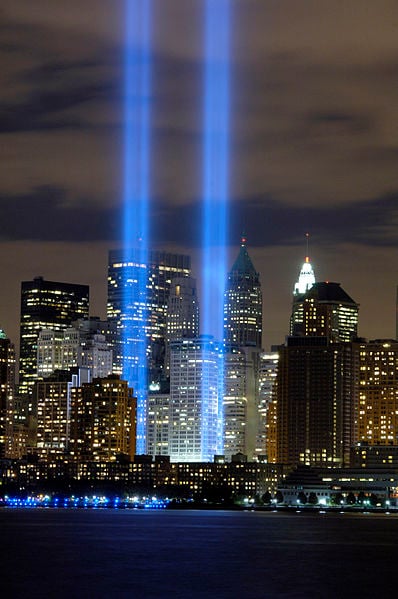 On September 11, 2001, I was serving as a rabbi on the North Shore of Long Island. As anyone who remembers can tell you, it was a Tuesday -- a bright, sunny, clear day.

When the planes hit the towers, and the reports started to trickle in about the casualties and the expected casualties, the senior staff of the synagogue was in a staff meeting.

Given the proximity of our congregation to New York, and given the professional composition of our membership, we fully expected that the synagogue would be riddled with deaths.

We knew that there would be many requests for the use of the sanctuary for funerals. And we knew that the only judicious way of accommodating those requests was to establish a policy of "first come, first serve."

For unfathomable reasons, the Angel of Death bypassed our congregation (with the exception of a congregant's brother, who died in one of the towers).

But, ever since that moment in American history -- that moment which changed America forever -- I have carried several sacred stories within my soul.

These are those stories.

It is about a non-Jewish woman who worked in the World Trade Center.

She had fallen in love with a Jewish man. She decided to convert to Judaism.

When she told her parents about her decision, they were not happy. Let's just say that they were not exactly lovers of the Jewish faith or people.

Her parents called her in anguish, looking for her.

Finally, she called them back, and said: “I’m alright. I skipped work today."

"Why?” they asked, through audible tears of gratitude.

“I had an appointment with the rabbi who is teaching me for conversion.”

Her parents came around.

By now, I assume, they have come to believe that Judaism actually saved their daughter's life.

And so, they smashed windows of Middle Eastern-owned stores and businesses.

A congregant and I walked through our town. We comforted the business owners (several Pakistanis and a few Afghanis -- even, bizarrely, some Indians got caught in this ridiculous, hateful mix) -- and we helped them clean up the broken glass.

As my congregant said to them: "I am sorry that this happened to you. We are so much better than this. Please forgive us."

It was the most unforgettable latte of my life.

The baristas -- the young girls who worked behind the counter -- were whispering to each other.

They were talking about the cars left in the LIRR parking lot from the night before.

Those were cars that belonged to commuters who left them there, early on September 11 -- and who would never come to claim them.

Those were among the holiest whispers that I had ever heard in my life. It might well have been that this was the first time those young women had ever dealt with the reality of death, their innocent forever shattered.

The mother of that week's bar mitzvah asked me the following question: "Rabbi, we have hired a band for our party. But, frankly, I am not sure that we feel comfortable having music at the celebration -- given what has happened in our world.

I told her that her son deserved a celebration. Perhaps, rather than cancelling the band, they should instruct the band to play more subdued music.

And, that was what they did.

She knew enough to ask the right question.

I got the "music at the bar mitzvah" question right, I think.

But, no amount of seminary education could have prepared me for the question that a congregant asked me in the wake of 9/11.

“Rabbi, I live on the Upper West Side. My windows are covered with the grime that has drifted uptown since…

"I need to clean my windows, but there are ashes of the dead in that dust. It doesn’t seem right to just have the windows cleaned. What do I do?”

Out of somewhere, my answer came out.

“Use a paper towel to wipe the windows clean as much as possible. Then, put the paper towel in an envelope, take it to a Jewish funeral home, and ask them to bury it the next time they do a funeral.”

She nodded and thanked me for the advice – and that is precisely what she did.

There’s a Hasidic saying: “If you want to find a spark, sift through the ashes.”

The questions that those women asked me were sparks in the ashes. They remind us that religion matters more than we had ever thought.

Religion is about real, get-your-hands-dirty questions -- and, sometimes, tentative answers.