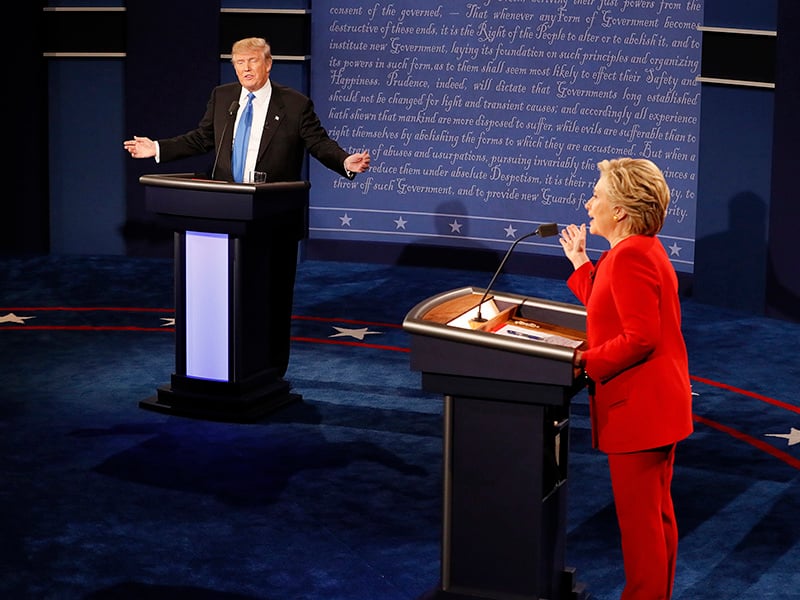 Republican nominee Donald Trump and Democratic nominee Hillary Clinton speak simultaneously during their first presidential debate at Hofstra University in Hempstead, N.Y., on Sept. 26, 2016. Photo courtesy of Reuters/Rick Wilking *Editors: This photo may only be republished with RNS-CONSERVATIVES-LETTER, originally transmitted on Sept. 29, 2016.

(RNS) Dozens of conservative evangelicals and Catholics have signed an open letter urging their progressive counterparts to “repent of their work that often advances a destructive liberal political agenda.”

“When Hillary Clinton stated during a 2015 speech at the Women in the World Summit that religious beliefs ‘have to be changed,’ she was openly declaring war on Christian believers and the Church,” the letter, dated Tuesday (Sept. 27), reads. “And now Progressives claim that supporting such a view is the Christian thing to do? This is spiritual abuse of the family, the Church and the nation.”

Others have said the quotation by Clinton, cited in the past by conservative outlets and columnists, has been been taken out of context. Eric Metaxas is one of the signers of the letter. Photo courtesy of Eric Metaxas

Although Republican presidential candidate Donald Trump is not mentioned by name in the letter, some of the signatories, including author Eric Metaxas and theologian Wayne Grudem, have been outspoken in their support for him.

The letter writers, who say they “are not here endorsing or denouncing a political candidate,” cite what they believe are consequences of a progressive agenda. The results, they say, include a “growth industry trafficking in human baby organs and body parts,” a “Transgender agenda imposed by Obama-government edict,” and “(h)ostility towards Judeo-Christian religious liberty in our courts.” 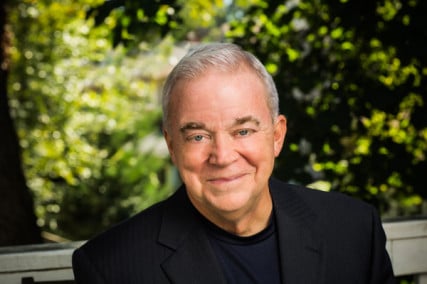 In response, Cizik, a 2009-2010 fellow of Soros’ foundation, defended his organization’s views and funding it received from the foundation, whose values of human justice “are in sync with our own.”

“We at the NEP have the biblical view that the problems the country faces are good jobs, climate change, economic injustice and racial prejudice, including toward Muslims, among other challenges, not funders like OSF,” Cizik said. “How sad, a dispute among brothers and sisters in Christ. Is this what the Prince of Peace wants? I doubt it.”

Sojourners spokesperson Michael Mershon also responded, saying, “History will judge many of the authors of this patently political ‘open letter’ not by their words, but by their vocal support for the most racist, misogynistic and divisive presidential candidate in recent American history.”

He said Sojourners has not received money from the Open Society Institute, the former name of Soros’ organization, since a 2011 grant.

“(T)he ‘American Association of Evangelicals’ will be called to account for supporting a decidedly anti-Christian, hateful political campaign,” Mershon said. “We will pray for them.”