(RNS) For environmentalists who ground their work in faith, Donald Trump in the White House presents an unexpected and direct challenge to what they consider their God-given responsibility to care for creation.

And they fear that of all the changes a Trump presidency will bring, his dismissal of climate change could be the most far-reaching and damaging.

Trump has deemed climate change a “hoax.” He said he wants to ignore the Paris climate accords. And he has indicated that he would roll back President Obama’s efforts to reduce methane, carbon and other pollutants. 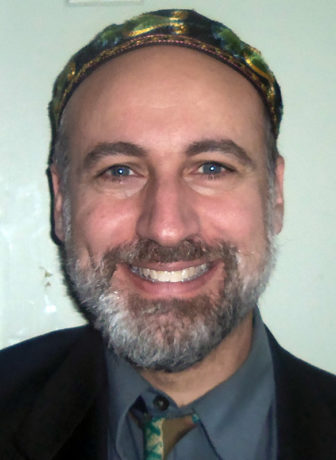 “As a religious environmentalist I am dismayed and scared for what this means for the poor, for creation and for all of our descendants, the grandchildren of Republicans and Democrats alike,” said Rabbi Fred Scherlinder Dobb, chair of the Coalition on the Environment and Jewish Life.

Meeting on Maryland’s Eastern Shore the day after the election, Dobb and other members of a coalition of faith-based environmental groups began grappling with the challenge of Trump, who chose climate skeptic Myron Ebell to lead his transition team for the Environmental Protection Agency.

“Down in the dumps,” is how the Rev. Mitchell C. Hescox, president of the Evangelical Environmental Network, described some of his colleagues at the annual post-Election Day retreat.

“The fear is that we lose some of the achievements that we worked very hard for,” said Shantha Ready Alonso, executive director of Creation Justice Ministries. “The Obama administration has done more for the climate and for conservation than any previous president.”

Among the efforts she said religious communities and Obama have worked on together, and which Trump rival Hillary Clinton supported: the Paris climate accords to reduce greenhouse gases worldwide, the Clean Carbon Plan to cut emissions from coal-powered plants and the EPA’s efforts to reduce methane emissions.

Some environmentalists expect that federal government policy unfriendly to the environment will be blunted by market forces that favor cheaper, greener energy over fossil fuels. And Congress and the courts may not permit the unraveling of Obama’s energy policy as easily as some Trump supporters in the fossil fuel industry may hope. Environmentalists are also thankful for California, where state government has set high environmental standards for industry — standards that often become national standards by default, because the Golden State is the nation’s largest market. 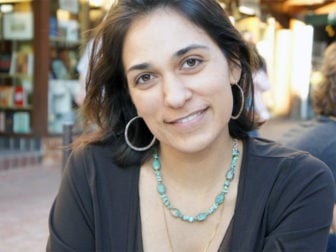 But many others worry that the Earth nears a tipping point, and that Trump’s opposition to the Paris climate agreement may assure that the world cannot avoid the rising seas, extreme weather, and drought and famine that continued rising temperatures promise.

Alonso and other faith-based environmental leaders who gathered for the National Religious Partnership for the Environment retreat Wednesday (Nov. 9) were quick to say that the meeting was not overtaken by despair. Nor are they willing to write Trump off as an enemy of the environment.

“We operate on faith, not fear,” Alonso said. “And we are not going to assume that views can’t change.”

She said she hopes there might be more room to work with Trump than some of his campaign pronouncements might lead environmentalists to believe. And the role of the faithful — evangelical Christians especially — in electing Trump might give them some leverage, she said.

“Given that we are representing a very large swath of Christianity in the United States, it would be unwise not to talk to us,” Alonso said.

Hescox also invoked “the vast number of evangelicals who voted for Mr. Trump.” More than 80 percent of white evangelicals cast ballots for him, according to exit polls, a larger proportion than any other religious group.

“It gives us a great opportunity to continue to mobilize our community,” said Hescox, who says millions of evangelicals nationwide worry about climate change and have committed to what religious environmentalists often call “creation care.”

“Our job is to put more boots on the ground, get people activated and work with Mr. Trump, the Congress and all America to come up with sustainable climate solutions that will grow the economy, create jobs and protect our children’s health.”

That said, evangelicals as a group are less likely than Americans in general to accept the overwhelming scientific consensus that climate change is caused by human activity. Some simply don’t believe the science.

But for other evangelicals, skepticism springs from faith: 15 percent of Americans — but 30 percent of evangelicals and born-again Christians — say it is either definitely or probably true that “God controls the climate, therefore people can’t be causing global warming,” according to a recent study by Yale University and George Mason University.

Such evangelicals feel free to ignore predictions of environmental catastrophe, often believing that God gave man dominion over the Earth, that climate change is a precursor to the end times, and that God will provide for the faithful no matter what befalls the planet.

Evangelicals such as Hescox and climate scientist Katharine Hayhoe are trying to counter this thinking with both scientific facts, and theological arguments about how God expects people to be good stewards of creation. Hescox, who on Thursday visited two GOP congressional offices to make the case for clean energy as a jobs creator, said “conservative” solutions to pollution are the way to sway Republicans who control both houses of Congress, and soon, the White House.

There is still hope for the environment, he said. “Since I’m a Christian, I always have hope.”

Cassandra Carmichael, executive director of the National Religious Partnership for the Environment, said she will wait to see who Trump puts in charge of agencies most critical to the environment before she judges his administration.

Among the key environmental appointments Trump will make are the heads of the Department of Energy, Department of the Interior and the EPA, which the president-elect once said he would like to scrap.

Ebell, now head of the EPA transition team, also has been floated for EPA’s administrator, as have others on record for opposing EPA regulations. Several oil industry leaders, as well as former Alaska Gov. Sarah Palin, have been discussed for the Interior and Energy department jobs. 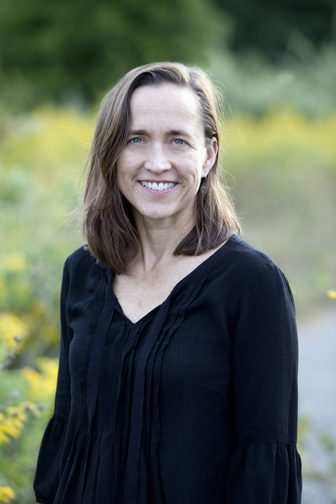 Carmichael said she reminds herself that politics and government change, but that the National Religious Coalition for the Environment has been around for more than two decades — speaking up for the Earth, but also for the poor, who suffer the consequences of environmental degradation first and hardest.

“Having a long view and a faithful view allows us to look at the work differently,” she said.

Scherlinder Dobb said he is particularly concerned about environmental justice issues — how policy disproportionately hurts minorities — under a Trump administration, given the incendiary rhetoric the president-elect has directed at various racial and ethnic groups on the campaign trail.

“We treasure our democracy and will work with all elected officials. And we will hold the feet of those officials, irrespective of party, to the fire when it comes to defending creation,” he said.