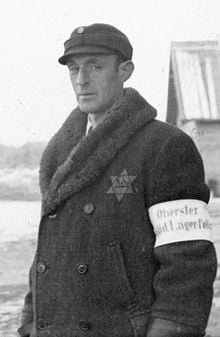 I have received some pretty nasty insults regarding my Jewish identity in my life.

Anti-Semites have called me "kike," "sheeny," "mocky" -- and even "bagel bender," which won the award for creative hatefulness.

I have always taken that one as a badge of honor. After all -- if they called Baruch Spinoza an apikoris, who am I to complain?

But, there is one insult that is getting thrown around a lot these days. And this one is, frankly, over the top.

Here is what happened.

I was in a Facebook discussion with another Jew, and we had a difference of opinion on a matter of Jewish history. He believed that the oppression of Jews in Muslim countries was the worst oppression that Jews have ever endured.

I suggested that, in fact, Jews in Muslim countries often had it better than Jews in Christian countries. Not all the time, of course; the situations of Jews in Muslim lands varied from time to time, and from place to place.

My conversation "partner" went ballistic. He violently disagreed with my historical assessment -- which, let the record note, is shared by many significant Jewish historians.

No matter. He ran out of facts.

What is a kapo?

Do you really need to ask?

The term "kapo" is a dark souvenir from the darkest time of Jewish history. It refers to concentration camp prisoners who were assigned by SS guards to supervise forced labor or carry out administrative tasks. If they were derelict, they would return to the status of ordinary prisoners and other kapos would victimize them. Many prisoner functionaries were recruited from the ranks of violent criminal gangs, and they were known to be brutal toward other prisoners. The whole purpose of the system was to turn victim against victim, as the prisoner functionaries were pitted against their fellow prisoners in order to maintain the favor of their SS guards.

In other words, if you have to make a list of the most unsavory, contemptible, and morally compromised Jews in history -- the kapo goes to the top of the list.

Now, it is not as if I am alone in being assigned the kapo designation.

Jerusalem Post readers have attacked columnists Gershon Baskin and Uri Savir for espousing pro-peace views. Here's one particularly lovely one: “Let's put it in simple words even a deluded madman like you or Kapo Baskin can comprehend; ANY JEW WHO WOULD DIVIDE JERUSALEM IS A TRAITOR TO HA'SHEM AND THE JEWISH PEOPLE. KAPO!!!”

And then, there's the case of Eran Cohen, an undergraduate student at York University in England, who is a candidate for president of the UK's largest student organization. Cohen supports the BDS movement and has been active in pro-Palestinian student groups. That has earned him the appellation of "kapo."

I am, decidedly and vocally, absolutely opposed to the BDS movement. And yet, calling someone a "kapo" is simply off the charts.

I want to chalk this up to the general tenor of political discourse in this country, and around the world. One of the casualties of this most recent presidential campaign in the United States is nuance and reasoned argument. It reminds me of a cartoon that recently appeared in the New Yorker. The scene is a game show, "Facts Don't Matter." The emcee is saying: "I'm sorry, Jeannie, your answer was correct, but Kevin shouted his incorrect answer over yours, so he gets the point."

And, in fact, this is the way that America is going.

On Wednesday, on NPR, Diane Rehm pressed Scottie Nell Hughes, a frequent surrogate for President-elect Donald Trump and a paid commentator for CNN during the campaign, about Trump’s recent evidence-free assertion on Twitter that he, not Hillary Clinton, would have won the popular vote if millions of immigrants had not voted illegally.

To which Ms. Hughes declared: “There’s no such thing, unfortunately, anymore, as facts.”

She is right. Once upon a time, the cultural left seemed to have the monopoly on confusing feelings for facts. Now, the right is catching up.

No. Some Jews are actually relishing, and enjoying, and even bragging, about their ability to sink ever lower into the intellectual swamp.