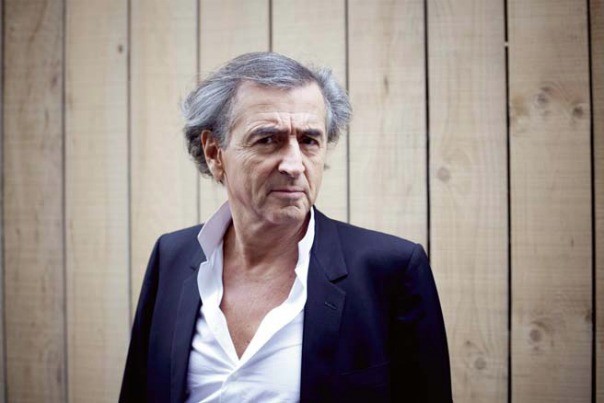 Because he is Maimonides meets Mick Jagger?

Because he is so stylish – if you like unbuttoned white shirts?

In fact, BHL (as the French call him) is as likely to appear in fashion magazines as in philosophical journals.

Why do I admire him, despite his defenses of Dominique Strauss-Kahn and Roman Polanski?

But, is he an intellectual — when it comes to Judaism itself?

I ask myself that question as I read his new book, "The Genius of Judaism."

BHL begins his journey into Judaism with anti-Semitism — the virus and its mutations.

He imagines Jew haters — in denial over their hatred — saying:

We have nothing against the Jews. We reject in word and deed the toxic ideology that was anti-Semitism in ages past. But we must regretfully point out that being Jewish seems, in a great many cases, to be defined by allegiance to Israel.

Question: Why must so many Jews start with anti-Semitism? How did that come to define us?

But, in fact, BHL does have more than a passing allegiance to Israel.

But he is also disappointed by Israel — which has become a badge of Jewish pride.

It is an ancient disappointment, going back to the mostly mediocre Israelite kings.

And is it by chance that modern Israel…continues to produce in such great numbers scholars, writers, sages of all kinds, engineers, and artists, but still has not been able to cultivate a political class of commensurate status?

Jews have never "done power" very well. Weakness, on the other hand, has not worked, either.

Then, BHL brings us "home" to France. It is a lengthy meditation on how Jews have been essential to French history.

It is as if BHL hopes that the barbarians at the gates of French Jewry will read his worlds, and be impressed enough to abandon their murderous hatred.

Then – and only then — BHL moves to Torah. What does he love most about it? Its pluralism.

He reminds us that there are “seventy faces in the Torah”:

That the Torah has faces means, first, that the act of reading it brings it to life and that the reader animates it by making it his own. The Messiah will come only when each person finds his own face in the Torah.

And there we are. BHL is a universalist.

That is why the core of The Genius of Judaism focuses on the prophet, Jonah, who gets a starring role on the holiest afternoon of the year – Yom Kippur.

Why Jonah? Because Jonah did not preach to the people of Israel. God had called on Jonah to go to Nineveh (contemporary Mosul), to warn the Assyrian capital (the arch-enemies of ancient Israel) that unless they repented, God would destroy the city.

The lesson of Jonah: The Jew must be involved with the world.

BHL is a modern Jonah. He compares his visits to Ukraine and Libya to the prophet’s Ninevite mission:

I have been to Nineveh. … I have spent a non-negligible part of my life and considerable energy working on behalf of people other than my own, people … who were, in some cases, in potential or in fact, the enemies of who I am.

(Which prompts us to ask: What do we do about Syrian refugees who are, ideologically, our enemies?)

The genius of Judaism resides in the ability…to produce a little of the intelligence that will offer people, all people, a little of the teaching that they need to be different from others, to stand out from the crowd in which they are never fated to belong…

We have come full circle.

But, why should Jews choose to stand apart from the world?

BHL — a self-confessed non-practicing Jew — figures it out. He quotes the master, Chaim of Volozhin:

But, without some kind of observance to sustain it, can parents transmit a mere attitude?

But, I quibble. If BHL’s book convinces people to refuse to let the genius of Judaism die, it will have been worth it.

Which is why I am still his devoted fan.