(RNS) For years, Mother’s Day worship services were simply too much for Candace Wohl.

She would arrive at her church, just after a failed in vitro fertilization treatment, only to witness a baby dedication and proclamations that “our church is a fertile one.”

“I’m never coming back to a Mother’s Day service,” she decided at the time.

But after the birth of her 3-year-old daughter, Wohl, a conservative Christian, wrote to the clergy at Believers Church in Chesapeake, Va. She asked for more sensitivity and suggested a litany for the service that included a prayer for “fruitfulness” for the infertile women in the congregation.

“It’s a little ask; it’s a little win,” she said of the women in the pews who are wishing for an acknowledgment of their grief on the day honoring mothers. “But it goes a long way.”

Laywomen with popular blogs — such as In Due Time and Trials Bring Joy — and women clergy authors are increasingly writing about their personal experience with infertility. They’re bringing the issue into pulpits and church basements and sharing its causes and treatments to help the faithful understand their expensive and often unsuccessful attempts to give birth or to adopt.

The Centers for Disease Control and Prevention says 12 percent of U.S. women — or 1 in 8 — ages 15 to 44 years have difficulty getting pregnant or carrying a pregnancy to term.

The Rev. Elizabeth Hagan, an American Baptist minister who adopted a child after struggles with miscarriages and infertility, said whenever she has been in a pulpit on Mother’s Day she strives to include women who are struggling to have babies as well as those who have lost children or their own mothers.

“It’s like a time bomb waiting to explode, I think, in many congregations,” said Hagan, 37, author of “Birthed: Finding Grace Through Infertility.” “Many of them do not feel safe in church on Mother’s Day in particular and so anything that a clergyperson can do to acknowledge the grief goes a long way to help people feel welcomed.”

The stories of women of the Bible giving birth in old age after decades without children — from Sarah in the Torah to Elizabeth in the New Testament — have become sources of inspiration for some and pain for others.

“I think oftentimes they’re used with decent intention to give hope and to have faith but, in reality, I think they do the exact opposite,” said Justine Brooks Froelker, an author and counselor whose rounds of IVF with her husband produced three embryos but their surrogate never got pregnant.

Froelker, 37, author of “The Mother of Second Chances,” has written online devotionals for a Bible app to help readers find other verses — about trusting God and finding peace — to walk through what she calls “The Complicated Gray,” longing for traditional motherhood while learning to love life as it is.

Joel Baden, co-author of “Reconceiving Infertility: Biblical Perspectives on Procreation and Childlessness,” has likewise moved beyond the Book of Genesis’ divine directive “Go forth and multiply” to note that plenty of women highlighted in the biblical text — including Deborah, Miriam and Dinah — do not bear children.

“In the ancient context in which the Bible was written, it was the ability to procreate, not infertility, that was understood as being the result of divine intervention,” he said.

The Rev. Stacey Edwards-Dunn, an executive minister at Trinity United Church of Christ in Chicago, has focused on the challenges faced by African-American women who often counter a stereotype of being hyperfertile. Her Fertility for Colored Girls, a national organization, is connected to more than 50 churches. It raises money for infertility treatment and adoption and holds support group meetings, in person and by phone, to share concerns and “praise reports.”

“I found that many pastors do not know what to do or say,” said Edwards-Dunn, 46, author of the new book “Hold On to Hope: Stories of Black Women’s Fertility, Faith and Fight to Become Mommies.”

She suggests that they learn the vocabulary of infertility — from ART (assisted reproductive technology) to vasectomy — and simply show they care and are willing to refer congregants to an expert who may be able to help them.

Dr. Stephen Collins, an instructor at Yale School of Medicine who has studied religious women and infertility, said there is a wide range — from attention to avoidance — about the issue in the nation’s congregations.

“I have spoken with clergy who discuss the possibility of infertility with every couple at premarital counseling,” he said. “I have also spoken with seasoned pastors who have not talked about infertility at their church in 40 years — in either a public way or in any pastoral counseling.”

Although the religious voices calling for an end to the silence about infertility are predominantly female, some prominent men have joined the chorus. Southern Baptist ethicist Russell Moore has suggested pastors call infertile couples forward for special prayer and Mere Orthodoxy founder Matthew Lee Anderson recently argued that “infertile couples help expand the scope of familial love” in the church.

Infertility is also being recognized across faiths, with programs that offer loans for infertile Jewish individuals and couples and a campaign to launch research and a support group for Muslim women facing infertility.

Church teachings don’t necessarily influence women’s plans to use or refuse reproductive technologies. Bethany Johnson, co-author of studies of women who have considered such treatment, said one Catholic woman decided to start IVF and now has two children, while another was advised by church leaders to shun IVF and has been unsuccessful in attempts to get pregnant through alternative therapies such as acupuncture and special diets.

The Catholic Church’s official stance calls in vitro fertilization — in which embryos are created in a lab before being transferred to a woman’s uterus — “immoral.” The fourth annual Hats, Heels and Hankies Tea Fundraiser for Fertility for Colored Girls. Women who have become mothers with the help of FFCG pose on Aug. 13, 2016, at the Beverly Country Club in Chicago. Photo courtesy of Dawn Stephens 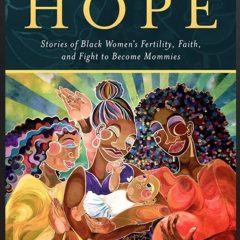 “Hold On to Hope” by Stacey L. Edwards-Dunn 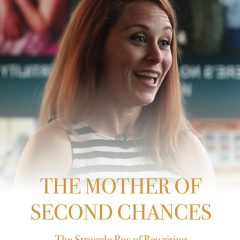 “The Mother of Second Chances” by Justine Brooks Froelker 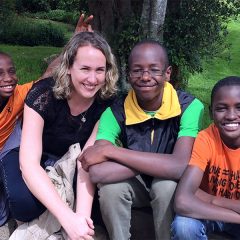 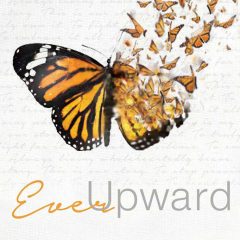 “Ever Upward” by Justine Brooks Froelker 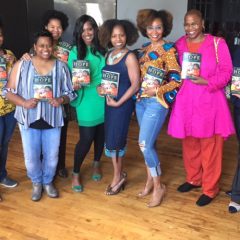 “Hold On to Hope” book launch at Image Makers Studio in Chicago on April 22, 2017 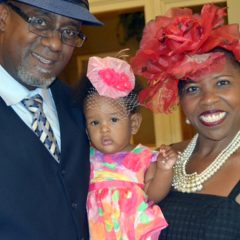 Beyond the ethical, physical and financial challenges of infertility are the day-to-day dealings with people of faith whose words may shame rather than support, advocates say.

Johnson, 36, a researcher at the University of North Carolina Charlotte, said people she has surveyed from a range of faiths report hearing this kind of advice: “You just have to let go and let God.” “Have you prayed about it?” “You just have to believe.”

Across the board, this prompted infertile women to shy away from sharing their circumstances.

“They were worried that people wouldn’t understand and they didn’t want to hear religious platitudes when their hearts were broken,” said Johnson, who with her husband went through surgeries and five cycles of reproductive treatments before she gave birth to their 2-year-old daughter, Hazel.

Wohl, 37, heard platitudes and criticisms along the seven years that included a hysterectomy, adoptions that fell through and the use of a surrogate for the birth of her daughter. She is now host of a Hampton Roads, Va., support group for Resolve: The National Infertility Association.

And as Mother’s Day approaches, she views the holiday from two perspectives — answered and unanswered prayers. 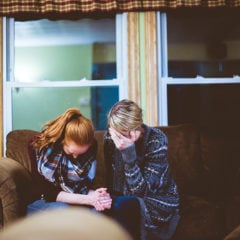 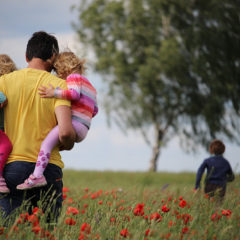 Opinion
The future of the church may belong to the fecund, but not the nuclear family 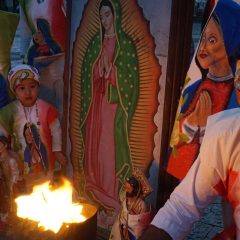