(RNS) What do the 20th-century American Catholic writers Flannery O’Connor and Frank O’Hara have to do with Rumi, the 13th-century Persian Muslim poet?

For Brad Gooch, who has written biographies of all three, quite a lot.

“In my mind, if you put together Flannery O’Connor and Frank O’Hara you get Rumi,” Gooch said in an interview from his home in New York. “Rumi was a spontaneous poet whose work came out of his friendships, who had a larger-than-life relation to poetry, and that reminded me of Frank, while Flannery, like Rumi, puts theology and religion at the center of her work.”

Maybe a long stretch for most people, but not for Gooch.

“Rumi’s Secret: The Life of the Sufi Poet of Love,” is Gooch’s most recent  biography of the medieval Sufi mystic Jalal ad-Din Muhammad Rumi, who, as it happens, is the best-selling poet in America.

Today, Rumi’s poetry can be found on jewelry, yoga clothes and throw pillows. Gooch works to go beyond the trinkets and the snippets of poetry to flesh out the man. In eight years of work on the book, he traveled 2,500 miles across the Islamic world to retrace Rumi’s steps and learned medieval Persian to read the poet’s works in their original language.

Gooch’s idea was to frame Rumi in the geopolitical world of his time, which was rife with war, atrocities and upheaval, much of which the poet experienced firsthand, as a refugee from the Mongol invasion of Afghanistan, where Rumi was born to Persian parents, and later as a teacher of Sufism, which some medieval Muslim teachers tried to suppress or branded as heresy.

The book is unexpectedly timely in another way, too. As the debate over who speaks for Islam is growing, an examination of Rumi’s life and work is a reminder of his view of Islam as a religion of love.

“Rumi’s is, indeed, a sincere interpretation of Islam,” Gooch said. “It is his articulation that there is one God and all of these different religious leaders and prophets are sent to refresh that message, but it is the same message: There is one God and he created us all.”

But the meat of the book — and the locus of Rumi’s life story — is the period of time encompassing his relationship with the traveling mystic, Shams of Tabriz.

Shams is a puzzling figure. He appeared one day in Konya, Turkey, where Rumi was a teacher, and when the two had a chance meeting that led to a theological discussion, Shams fell in a swoon at Rumi’s feet. Both the poet and his students later described this meeting in terms of the most passionate love:

For lovers, the beauty of the beloved is their teacher

His face is their syllabus, lesson, and book

Shams and Rumi were inseparable. They retreated to a private house in the trade quarter of the city for weeks at a time where they talked about God for hours on end. Shams is often credited with awakening Rumi to the mystical side of Islam — he taught him the hypnotic whirling dance many Sufi dervishes practice today.

Shams disappeared from Rumi’s life as mysteriously as he entered it. Some believe he was murdered by Rumi’s jealous students; others believe he left on his own, an eternal wanderer. He died in Iran in 1248, and for the rest of his life, Rumi pined for him:

One night, I awoke at midnight, unable to find my heart

I looked everywhere, around the house. Where did he go?

When finally I searched every room, I found the poor thing

Crying in a corner, whispering the name of God, and praying.

For Gooch, Shams of Tabriz is key to understanding Rumi’s spiritual legacy.

“The Rumi who emerges after this electric friendship with Shams is a more radical, energetic, unconventional guy than he was,” Gooch said. “There is something about Shams of Tabriz that is compelling. His emphasis on the heart, on the path of love rather than the path of knowledge, moves Rumi from writing fatwas and sermons to writing poetry and dancing.”

In a twist worthy of the finest poets, “Rumi’s Secret” is also framed in the geopolitical landscape of our time. While visiting Aleppo, Syria, Gooch had a chance encounter with a young carpet seller named Sebastian, a Rumi enthusiast who could quote the poet from memory. In perfect English, he likened Rumi to Walt Whitman and William Shakespeare because “he never tells his secret.”

That meeting took place on March 18, 2011, the same day the Syrian uprising began. When Gooch finished the manuscript, he tried to find Sebastian in the now devastated and starving Syria, but no trace of him remained.

The book has been generally well-received, with critics praising both Gooch’s legwork and his familiarity with Rumi’s works. Some reviewers found the book “dry” or “simplified,” but, as Azadeh Moaveni writes in a New York Times review, “there is certainly great value to books that add nuance to hateful, caricatured views of Islam.”

Some scholars have painted Rumi and Shams’ relationship as one of carnal, not platonic, love. Readers hoping this book will reveal that as Rumi’s “secret” will come away disappointed. Instead, Gooch believes Rumi’s secret was to find the face of God in true friendship. But the core nature of Rumi’s friendship with Shams and several other men will always be veiled.

“Secret, or ‘serr’ in Persian, was one of Rumi’s favorite words,” Gooch said. “I believe it had different dimensions for him. His relationship with Shams of Tabriz will always remain somewhat mysterious, and his poetry … always devolves into silence before statements about God.” 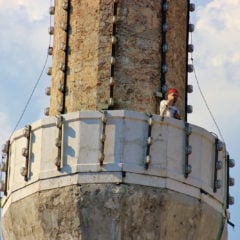 Islam
As a Sufi singer, I believe the sounds of world religions can cultivate compassion during COVID-19