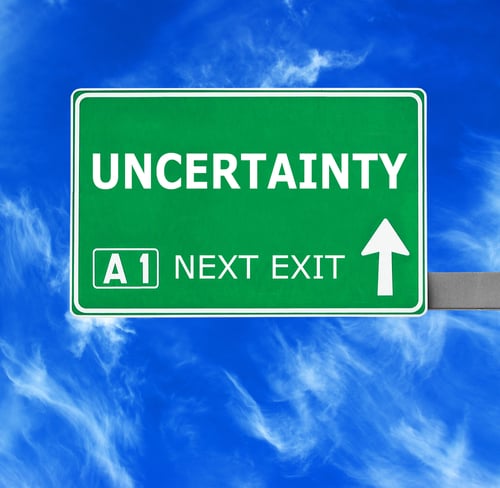 Two years ago, I wrote a column praising the April 2015 General Conference for its compassionate and sensible approach to doubt. In particular I lauded Rosemary Wixom’s talk as a great step forward in how Mormons talk about doubt and relate to loved ones who are doubting.

It feels like this month’s Ensign has taken us two steps back after that bold step forward.

In a piece by Elder Hugo Montoya of the Seventy, just about every good and helpful thing that was a balm from Sister Wixom has been turned on its head, so that doubt is once again a danger to be overcome, doubters who are honest about their feelings are merely “so-called” friends, and the source of doubt can be traced right back to Satan, who “tempts us to place insidious doubts in our hearts and minds.”

There is some powerful personal testimony in this article about how a strong faith helped Elder Montoya when violence and poverty threatened his family, and how the LDS church community came through with needed support. I don’t want to minimize his experience. But the way he pathologizes doubts that are a wholly natural and expected part of adult faith development is difficult for me to understand.

Doubt, he says, can originate from “so-called friends” who are “asking hurtful questions.” It can be exacerbated by Internet information that is taken out of context. Most of all, though, it happens when we don’t close our ears sufficiently to the “father of lies” and “his sinister purpose,” which is to weaken “our certainty that we are God’s children.”

The best thing to do, he says, is simply to erase doubt from our minds. We can do that by praying harder, remembering past spiritual experiences, and never giving up our testimony:

This is particularly true for those who have returned from full-time missionary service and then allowed doubts to creep in, for longtime members who have grown tired of enduring, and for recent converts who initially felt great joy but have not nourished their faith.

What I notice particularly about this statement is the way it places blame squarely on the shoulders of weary people who are experiencing a faith transition. RMs have “allowed” doubts to creep in, the faithful have “grown tired of enduring,” and new converts have failed to nourish belief.

There’s never a recognition that if people are feeling doubts, that’s an important – and for some of us indispensible – step in growing their faith. Instead, it is a “danger,” as the title suggests, and needs to be stamped out. He goes on:

But here’s the thing. If the gospel is no longer true in exactly the same way it was when you were nineteen years old, that is probably a very good thing. That means you are growing up, and that you are facing your faith with a spirit of love rather than a terror of change.

And change is necessary to growth. Asking the deepest questions enables us to deepen the faith that was being kindled during all of those dramatic “firsts”—conversion, temple, mission, sealing.

Rich faith is not a matter of stasis, of always remaining the same, hoping to cryogenically freeze an early iteration of belief as the gold standard forevermore.

That is not a true and living faith. It may still be true, but it is certainly not living.

Instead we can be brave enough to recognize that when doubts occur, they are a natural sign that growth wants to happen inside our souls. That we have outgrown some trapping of that soul’s clothing, and need to do the hard work of figuring out what will be deeper and truer and better.

(And yes, it is hard work. But take heart, because it’s actually not as much hard work as shoving those impulses far, far away and trying to maintain a doubt-free stasis because we are so deeply afraid of growing. Ongoing denial ultimately takes more energy than trusting God to walk with us toward greater maturity.)

I’m struck by how different the counsel of Jesus is to “Doubting” Thomas in the Gospel of John, who can’t come to belief without a period of doubt and a display of evidence. The other disciples’ testimony of the resurrection is not enough for him. Jesus doesn’t tell Thomas, “Get with the program! Stop listening to Satan and letting your doubts infect the other disciples.”

No, he first says, “Peace be with you.” Isn’t that wonderful? He recognizes, first, that Thomas’s is a soul in turmoil. Then he instructs Thomas to do whatever he needs to do to learn the truth—even sticking a finger in Jesus’ side, if necessary. Only then does he tell Thomas not to doubt, but to believe—after Jesus has calmed his follower’s fear and helped him gather answers to his specific questions.

One problem in Mormon culture is that we are generally so fearful of the natural process of faith formation, which includes doubt and change, that we have little guidance on how to go about it. When leaders tell us that doubt is born of Satan and that those who vulnerably voice such feelings are only “so-called friends,” it’s hard to believe the truth that doubt can be one of our best catalysts to genuine, mature faith. As Barbara Brown Taylor puts it in Learning to Walk in the Dark,

“I have learned things in the dark that I could never have learned in the light, things that have saved my life over and over again, so that there is really only one logical conclusion. I need darkness as much as I need light.”

So have more trust in the process of letting go of childish things and learning to accept a more robust spiritual path. Wrestle that angel through the dark night of the soul, and do not let go until it blesses you.