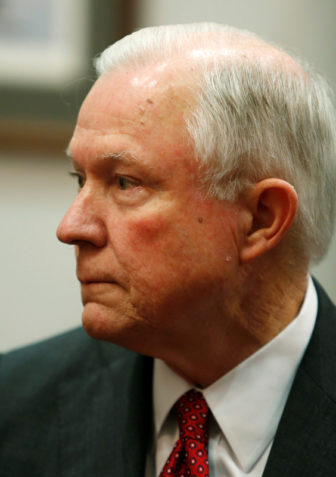 On December 21, Attorney General Jeff Sessions, acting the part of Scrooge, rescinded an Obama administration guidance urging state and local judges to cease imposing fees and fines in such a way that poor folks get tossed into the modern equivalent of debtors’ prison.

Some of you may imagine this to be just the latest example of Republican class warfare, but I’m here to tell you it’s more than that. It embodies a secular theology — one rooted in America’s Puritan past. Listen to Rev. Samuel Moody, once a prominent Congregational minister in Southern Maine.

“If God, in his Providence, has thus brought you; or if you, by Extravagance or Imprudence have brought your selves into Poverty, Poor you must contentedly be,” Moody preached in 1715. “It is no Sin to be Poor; but to lie in Debt, is a sin.” He then proceeded to portray God as the “Great Creditor” and Satan as “God’s Gaoler,” who tortures insolvent souls in an infernal debtors’ prison for all eternity.

But during the 1700s, Americans came to see debt as less a moral failing than the unfortunate result of market forces in a burgeoning commercial society. In the new republic, a vigorous debate took place over how best to protect debtors, with the Federalists backing national legislation and the Democrat-Republicans opposing it.

In the course of the 19th century, debtors’ prisons were abolished and bankruptcy laws put in place. Yet the sense that there was something sinful about debt never entirely disappeared, and in the 21st century it has found a home in the GOP.

In 2005, with Republican majorities in both houses of Congress, George W. Bush signed into law the Bankruptcy Abuse Prevention and Consumer Protection Act, which made it harder for people to file for bankruptcy — provided their income exceeded the median in their state.

The idea that the act was aimed at misbehavior was conveyed by Sen. Chuck Grassley (R-IA): “Americans have had enough; they are tired of paying for high rollers who game the current system and its loopholes to get out of paying their fair share.”

Where the Bankruptcy Abuse Act helped private creditors in the name of punishing well-heeled debtors, Sessions’ action is about redressing a different kind of creditor-debtor relationship.

Republican ideology sees poor people as “takers” — those who get more from society in general and government in particular than they contribute (see Romney, Mitt and Ryan, Paul). They are in debt to those who contribute more than they get — the Makers.

By imposing large fines and fees for minor infractions of the law like jaywalking and allowing weeds to grow in one’s yard, state and local judges have monetized misbehavior. Poor people who cannot afford to pay the tab end up in jail — the penalty for being in debt to the Great Creditor: Us.

Thus does the state make debtors of the poor and punish them for their indebtedness. Rev. Moody himself would be appalled. 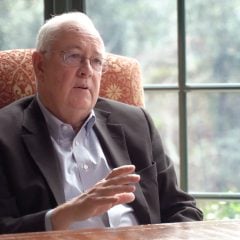 News
Ken Starr on his faith, the Mueller investigation, the Clintons and refugees 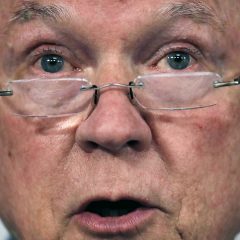 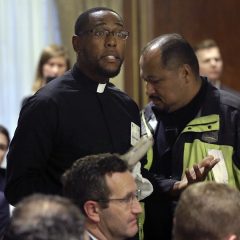