“Nobody died” is a headline you will rarely see, but as far as I can find out, no one died of hypothermia during the recent cold emergency in the nation’s capital.

This success in keeping homeless people from freezing in cold weather is good news. It shows that when governments, churches, and other nonprofits work together, they can make a difference.

Washington is not the coldest place in America. People from the Upper Midwest think we are wimps when we complain of the cold. But the very fact that freezing weather is not an everyday occurrence in winter means that we can become complacent. We don’t worry about gloves and hats, especially for short trips; we don’t close storm windows; we forget to drain water from of outside pipes. I have been guilty of all three.

But while a burst water pipe in the garden is an inconvenience, freezing weather for a homeless person can be deadly. You don’t have to freeze solid to die in the cold. Hypothermia can occur when the body temperature falls from the normal 98.6 degrees to under 95 degrees.

In the past, hypothermia was not uncommon among homeless people in winter. Today, cities like Washington are being proactive in preventing hypothermia among the homeless.

For example, most homeless shelters normally close around 6 a.m., which means that those who took shelter are back on the streets. But during bad cold spells, the homeless are allowed to stay in the shelters. No additional services are provided, but they are at least kept warm. Additional emergency shelters, often in churches and community centers, are also opened to take in those who normally don’t use shelters but sleep on the streets.

The city also has a hotline that citizens can call if they see a homeless person in distress. The city will provide free transportation to an emergency shelter or warming site to anyone experiencing homelessness in the District during a cold emergency.

All of this is essential if the homeless are to be kept from freezing. Those dealing with the homeless keep reinforcing the message that the cold can kill. “We constantly preach how dangerous it is out there,” says Ned Hogan, director of development and volunteer coordinator at the Father McKenna Center, which serves the poor and homeless in Washington.

Is the system perfect? Of course not. Can people fall through the cracks? Yes. It is still unclear whether Washington will get through the winter without a fatality from hypothermia. But at least there is a plan and an organized effort to respond to a cold emergency when it happens. The city, the nonprofits, the churches and their volunteers are to be commended and supported for helping the homeless survive the bitter cold. 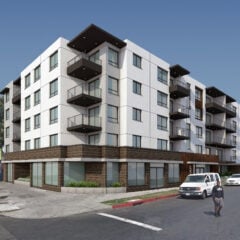 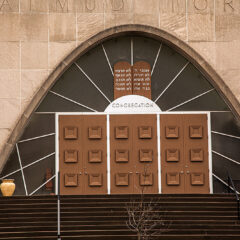 News
Dozens of houses of worship, one DC street, a 9-year photo project