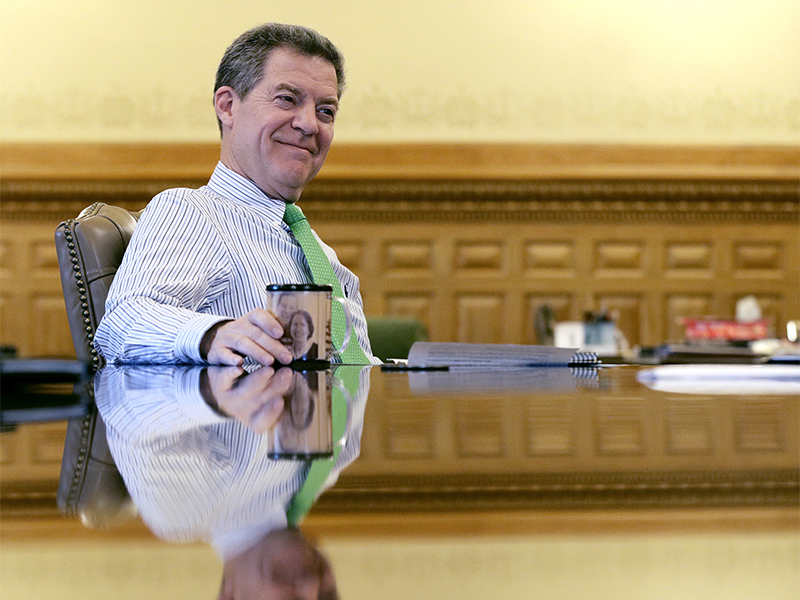 Kansas Gov. Sam Brownback talks about his term as governor during an interview at the Kansas Statehouse in Topeka, Kan, on Dec. 20, 2017. Brownback is the new ambassador-at-large for international religious freedom. (AP Photo/Charlie Riedel)
January 25, 2018
Lauren Markoe

Vice President Mike Pence had to be brought in to cast the tiebreaking vote Wednesday (Jan. 24) to end Senate Democrats’ block of the nomination.

That's a shame, and here's why.

Trump’s nomination of Brownback is a good thing, putting a qualified man in an important job.

Second, unlike some Trump nominees, who received major and minor appointments in spite of being unqualified, Brownback is indeed qualified for this role. As a U.S. representative and senator, Brownback showed leadership and interest on IRF issues, gaining knowledge and expertise that will serve him well as ambassador.

Third, Democrats’ opposition to Brownback rests on several misguided premises revealing, unfortunately, that the party and the interests that control it may not understand what the IRF office does and why it is important.

Senate Democrats’ chief objection seemed to be that Brownback believes that abortion is wrong and marriage is by nature the union of a man and a woman. Underlying this is a fear that, as ambassador, Brownback would somehow be able to use his office to advance a personal social agenda.

There is nothing Brownback could do to roll back abortion rights or the legal protections LGBT people have gained in the United States.

And to suppose that as IRF ambassador, Brownback could enact and enforce a conservative social agenda in other countries not only unfairly impugns Brownback’s integrity, but also reveals an ignorance about this unique diplomatic role.

I say all this as an unlikely Brownback supporter. I think he has promoted bad policies, both as a congressman and more famously as the governor of Kansas.

I was disappointed when Brownback flew to Washington last fall to rally Senate Republicans behind Trump’s tax plan. That seemed unbecoming for someone pending confirmation for a role that must be as apolitical and nonpartisan as possible. It made me question his judgment somewhat. And it made me question whether a career politician is well-suited for this unique and vital role.

But the facts remain. Presidents have the prerogative to choose their ministers, advisers and diplomats. This is a political appointment, but it is nothing like appointing a 24-year-old campaign aide to a key post in the office combating the opioid crisis and handing plum European ambassadorships to political supporters (or their wives).

Trump’s nomination of Brownback is a good thing, putting a qualified man in an important job. It may be the case that Brownback, who is more widely known than any of his predecessors, could elevate the office and generate more interest, media coverage and support within and beyond the government. Maybe a reinvigorated focus on international religious freedom could help revive a floundering State Department and a dispirited diplomatic corps. All this would be welcome.

The post had been vacant for over a year, which is too long in a world where untold millions face persecution for their beliefs.

I know many stories of American leaders going to parts of the world where people face discrimination or even persecution for their beliefs. Often their first reaction upon meeting an American ambassador or leading religious freedom advocate is, “I did not know anyone cared.”

America cares about freedom of conscience and belief. That caring is part of our national creed and our gift to the world.

But we need to get back to common sense and common decency. Democrats: Sam Brownback is not your enemy. He is your countryman. He deserves your support and best wishes as he takes on a sensitive and vital role.

He certainly has mine.

(Jacob Lupfer is a doctoral candidate in political science at Georgetown University. His website is www.jacoblupfer.com. Follow him on Twitter at @jlupf. The views expressed in this opinion piece do not necessarily represent those of Religion News Service.)