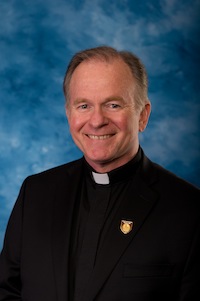 Last week’s firing of the Catholic chaplain of the House of Representatives by Speaker Paul Ryan has been greeted with silence by those normally voluble defenders of the faith on the Catholic right.

EWTN, to be sure, took note of the story with a news report. But we are now five days into the story of why Ryan asked for the resignation of Rev. Patrick J. Conroy, S.J., and one looks in vain for an opinion from LifeSiteNews, Church Militant, or Phil Lawler—to say nothing of Dwight Longenecker, Edward Pentin, or the rest of the National Catholic Register bloggers, not to mention the boys at the Acton Institute Powerblog.

The Register did run a story titled “Paul Ryan’s Plan to Alleviate Poverty: Change ‘Handouts’ to ‘Hand-Ups,’” which can be considered an oblique defense of Ryan, inasmuch as initial reports indicated that the firing occurred because back in November Conroy had the temerity to pray:

May all members be mindful that the institutions and structures of our great nation guarantee the opportunities that have allowed some to achieve great success, while others continue to struggle. May their efforts these days guarantee that there are not winners and losers under new tax laws, but benefits balanced and shared by all Americans.

This, according to Conroy, led Ryan to tell him to “stay out of politics.”

All in all, the only direct comment I could find from the conservative Catholic choir on l’affaire Conroy was delivered by the Catholic League’s Bill Donohue. It’s, well, revealing:

It appears that Ryan felt Father Conroy was getting too political in his job. According to Rep. Gerry Connolly, a Catholic Democrat, “For a lot of members, the outrage is personal, and it’s not about Catholicism.”

That being the case, I saw no role for the Catholic League: anti-Catholicism had nothing to do with this controversy. But now things have changed.

And let us note that on the same day Donohue issued his pronunciamento, Ryan denied that politics had anything to do with the dismissal. Instead, according to Rep. Bradley Byrne (R-AL), he told his Republican colleagues “that there were concerns expressed to him, the speaker, from a large number of members that their pastoral needs were not being met by Father Conroy.”

In fact, what bestirred Donohue was the “pastoral needs” issue—made manifest in a statement from Rep. Mark Walker (R-NC), an ordained Baptist, expressing the hope that the new House Chaplain would be somebody who “has adult children” who can “connect with the bulk of the body here.”

So Donohue changed his mind about weighing in because of Walker’s insinuation that no (celibate) Catholic cleric need apply. Which is to say that if Ryan didn’t fire Conroy because of politics, as he insisted he didn’t, then he fired him because of anti-Catholicism.

But Donohue wouldn’t say that. Nor would anyone else on the Catholic right take a poke at co-religionist Ryan. Like him, a goodly number have made their pilgrimage to the Shrine of St. Ayn. Libertarian plutocrats butter their bread.

So why speak out for a Jesuit (like Pope Francis!) who expresses a little traditional Catholic concern for the poor? Let the Protestants have their way. 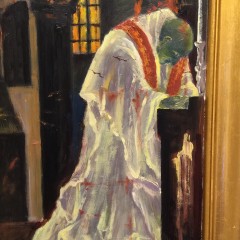 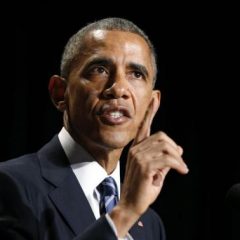 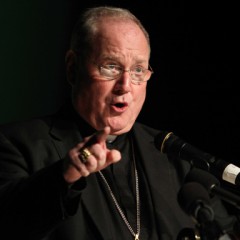 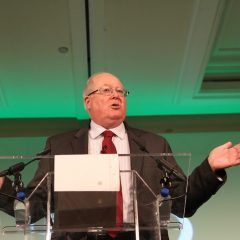 Arts & Culture
Catholic League drops out of St. Patrick’s Day parade over row about gays
Follow us on Facebook!
Submit your photos to RNS