ROME (RNS) – Disagreements between Catholic bishops in Germany about plans to give Communion to Protestants have spilled out into the wider Roman Catholic Church.

Last Monday (June 4), the Vatican’s doctrine chief, Archbishop Luis Ladaria, informed senior members of the German Catholic hierarchy that the pope believes their plans to make it easier for Protestant spouses of Catholics to receive Communion are “not ready” to be published. The letter signaled that top leaders in Rome were not prepared to let these guidelines become accepted practice in the German church — at least not yet.

The dispute highlights Pope Francis’ plans to move the church away from obsessing over doctrinal purity while giving bishops on the ground more decision-making power.

Archbishop Ladaria’s letter was a surprise to many, given that Pope Francis in 2015 seemed to suggest to a Lutheran woman married to a Catholic that she could receive Communion after consulting her conscience. It also followed a summit in Rome last month at which the pope told the German bishops to find an agreement on the matter that was as “unanimous as possible.”

While two-thirds of the German bishops agreed with the Communion plan, seven of those who opposed the move, including a cardinal, appealed to the Vatican.

For now, the German proposals to loosen restrictions on who can receive Communion have been stalled. The row highlights the delicate balance Pope Francis faces as he tries to widen the Catholic Church’s doors while avoiding damaging internal disagreements. He is already facing bruising criticisms over plans to allow divorced and remarried Catholics to receive Communion.

Archbishop Luis Ladaria, Prefect of the Congregation for the Doctrine of the Faith, at the Vatican on May 17, 2018. (AP Photo/Alessandra Tarantino)

Even so, Pope Francis is not shying away from controversial issues. On Friday, a Vatican document appeared to open up the debate over allowing married men to be priests, while calling for “official” roles for women to serve in the church.

These proposals are targeted at South America’s Amazon region, where priests are scarce and communities are unable to attend Mass for weeks on end. But like the German Communion question, they could set precedents with global implications. The challenge for Pope Francis is how the church makes these decisions as a whole while accounting for unique local circumstances.

Since his election in 2013, the pope has dealt with difficult issues by starting a direct discussion about them. “Make a mess,” he once told young people in Brazil at the beginning of his papacy.

On the question of whether Protestants can receive Communion, many Catholic theologians have called for a loosening of restrictions that bar Christians from non-Catholic traditions.

In Germany, as in the United States, the population includes a large number of “mixed marriages” — Catholics married to Christians from other traditions. Many German non-Catholics regularly attend Mass with their spouses and want to receive Communion. Current rules, however, bar Protestants from doing so except within tightly prescribed circumstances.

Paul Murray, a Catholic member of the Anglican–Roman Catholic Dialogue Forum and professor at the University of Durham (UK), says that Catholic guidelines have long allowed for “exceptional receipt” of Communion, such as on the day of their marriage or at a child’s baptism. 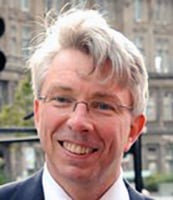 The German bishops, feeling emboldened by the pope’s wish to empower local leaders, devised a pastoral plan to loosen restrictions. They reportedly proposed that Protestant spouses could receive Communion if they affirm the church’s faith, are in serious spiritual distress and express a hunger for Communion.

“The majority of the German bishops are agreeing with those who understandably claim that such inter-church marriages are themselves an exceptional circumstance, and that any occasion of sharing together in a Catholic celebration of the Eucharist should be viewed as a proper exceptional circumstance for joint reception,” Murray said.

“This is pastorally and theologically sound: as with each Catholic Eucharist, devout inter-church marriages both celebrate a real presence and reality of communion in Christ and anticipate the fulfilment of such communion.”

Murray noted, however, that this “requires some Catholic rethinking” of the “boundary markers.” But, he added, “This should not be used as a reason for a continuing failure to recognize the exceptional, indeed prophetic, character of inter-church marriages.”

German cardinal Reinhard Marx is president of the German Bishops’ Conference and supports the Communion plan. He is in Rome this week (June 11-13) to meet with the pope and his council of cardinal advisers. Marx is reportedly planning to raise the matter with Vatican officials and said he was “surprised” by Ladaria’s letter. But his attempts will likely face resistance inside the Vatican. In his letter, Archbishop Ladaria said the pope was blocking the German bishops’ plans for now because their proposals touch on the fundamentals of church teaching and law. The letter signals that the Vatican believes such matters need to be discerned by the whole church, not just one country’s bishops.

For Catholics, Communion is the source and summit of Christian life. It involves receiving the body, blood, soul and divinity of Jesus Christ under the appearances of bread and wine. Transubstantiation, the belief that the bread and wine are Christ’s actual body and blood, sets Catholics apart from other Christian traditions. It is a doctrine that Western Christendom fought over during the Protestant Reformation.

While Catholics see Communion as a sign of church unity, it is also understood as a means to achieving unity. For that reason, many would like Christians from other traditions to be admitted in some circumstances as a foretaste of when all Christians are visibly united.

Pope Francis has called for Christians to put the divisions of the past behind them. He’s made some bold gestures, such as visiting Sweden to mark the 500th anniversary of the Protestant Reformation last year. On June 21, he will visit the World Council of Churches in Geneva.

The letter stalling the Germans’ Communion proposals was not a definitive no. Archbishop Ladaria noted that it’s up to local bishops to work out the exceptional circumstances for Protestants to receive Communion. He also said there could easily be new global guidelines on the topic.

“We must journey and continue: not with the enthusiasm of running ahead to reach coveted goals, but walking patiently together, under the gaze of God,” Pope Francis told a delegation of Lutherans visiting him in the Vatican last Monday (June 4).

“Walking together” is one of the pope’s favorite mantras. When dealing with tense theological debates inside the church, he is putting equal weight on both words.

Christopher Lamb is Rome Correspondent for The Tablet and a contributor to RNS.