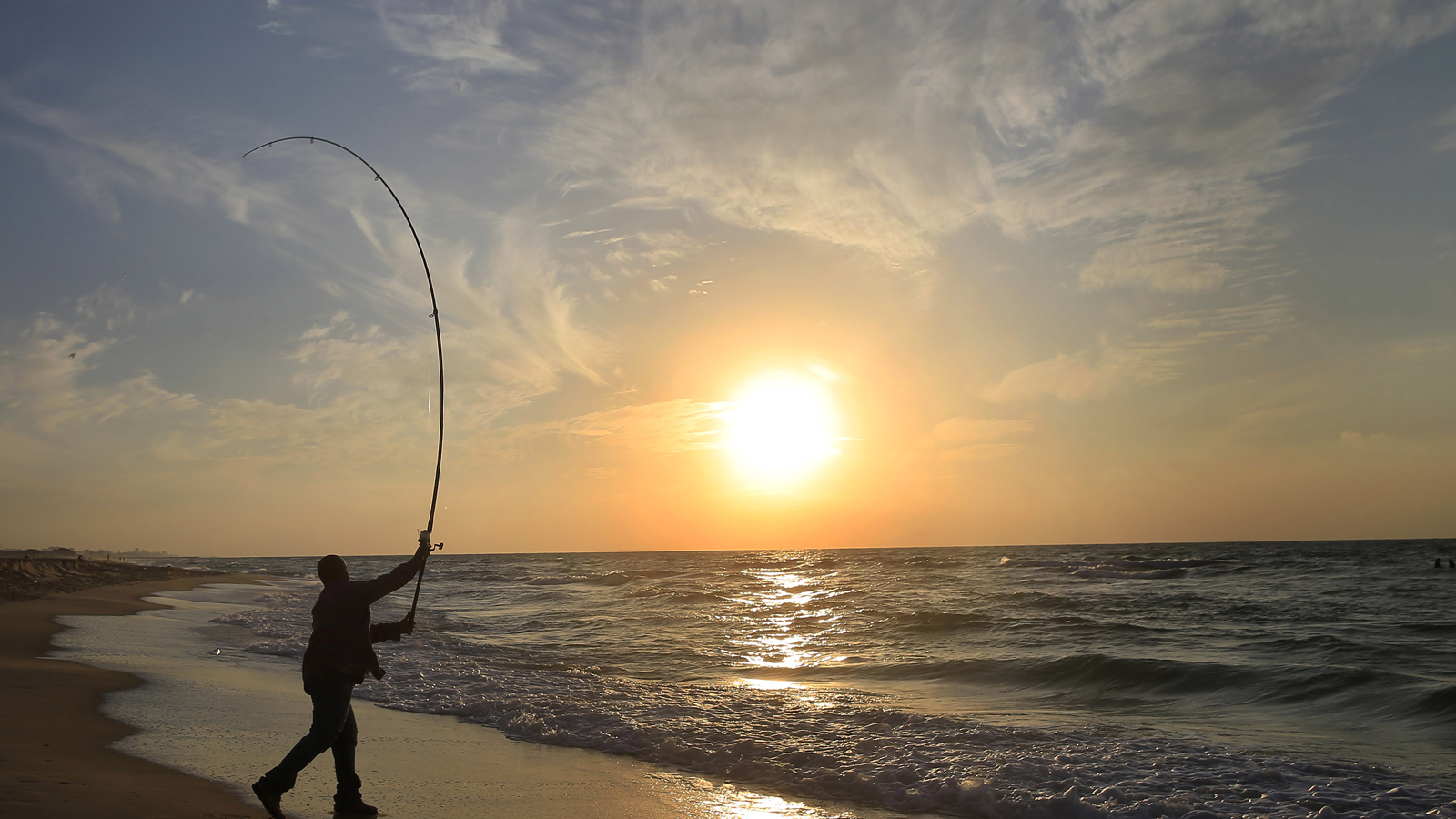 A man fishes at a sunset on a beach south of Ashkelon, near the Israel's border with Gaza Strip, Saturday, Dec. 7, 2013. (AP Photo/Tsafrir Abayov)
July 9, 2018
Jeffrey Salkin

JERUSALEM (RNS) — You probably read about it. There were several earthquakes in northern Israel last week, and an Orthodox member of the Knesset accused Reform and Conservative Jews of causing them. In particular, it was our pressing for egalitarian prayer at the Western Wall that did the trick.

That was me and my colleagues. And, we will keep doing it.

Let me tell you about the earthquake. It didn’t happen the way most earthquakes happen. It has been quieter, and subtler, than your standard earthquake. But it's an earthquake nevertheless.

I am now in Israel, studying at the Shalom Hartman Institute, also known as Rabbi Summer Camp. It is an intellectual and spiritual festival of ideas and texts, and it is always simultaneously transformative and restorative.

This past Shabbat eve, three of us traveled from Jerusalem to Tel Aviv for Beit Tefilah Israeli, the Shabbat experience on the Tel Aviv Port.

Imagine greeting Shabbat with an amazing band, a passionate rabbi (Esteban Gottfried), prayerfulness, community — and the added feature of watching the sun go down over the Mediterranean. Hundreds of people gather at the port from all corners of the Jewish world. The singing is powerful, and the prayer is compelling.

The message is spreading. I spotted several tzitzit-clad, side curl-sporting, bonafide traditional Orthodox Jews in the crowd. They were loving it.

The earthquake is growing in magnitude. But, if you want a powerful illustration of the diversity of Israeli Judaism, then listen to what happened to us on our way back into Jerusalem.

One of our number was staying in central Jerusalem. We followed Google Maps to drop her off at her lodgings. Everything was going smoothly until Google quite innocently routed us through the Jerusalem neighborhood of Geula. As in, Mea Shearim’s cousin. As in, strictly ultra-Orthodox.

We found ourselves in Geula's narrow lanes, surrounded by black-clad ultra-Orthodox Jews, all of whom were screaming, “Shabbos! Shabbos!”

In that neighborhood, driving on Shabbat is simply not done.

The shouts and fist-shaking were getting intense. I made a mental note to contact Google Maps and suggest a setting that avoids ultra-Orthodox neighborhoods. Or, perhaps a new app altogether: Oy Vey.

It was like a video game of a maze, and everywhere we turned, there was a gate — and we couldn't get out.

One guy looked like he was about to physically attack our car. I suppressed the urge to roll down my window and say, “You know that earthquake in the Galilee? That was me. Don’t mess with me.”

Finally, we saw the redemptive lights of Jaffa Road in front of us. We were safe.

In truth, I felt bad. I do not have contempt for the ultra-Orthodox — although some of their ideas, such as blaming their theological and sociological enemies for natural disasters, are irritating. I felt bad because I know that our inadvertent vehicular entry into their neighborhood had stained their Shabbat experience — an experience that I find precious as well.

In the course of one Shabbat evening, we traversed centuries. There can be no more powerful illustration of the messiness of Judaism in Israel — the joyful messiness — than that experience.

But, back to the port. It is an earthquake of Jews who want a diverse, pluralistic and aesthetically enriching Shabbat experience.

Maybe this earthquake is not registering anywhere near 9.0 on the theological Richter scale. But it is there. And it makes Israel the joyous, exhausting, even frustrating experience that it is.

I would not have it any other way.