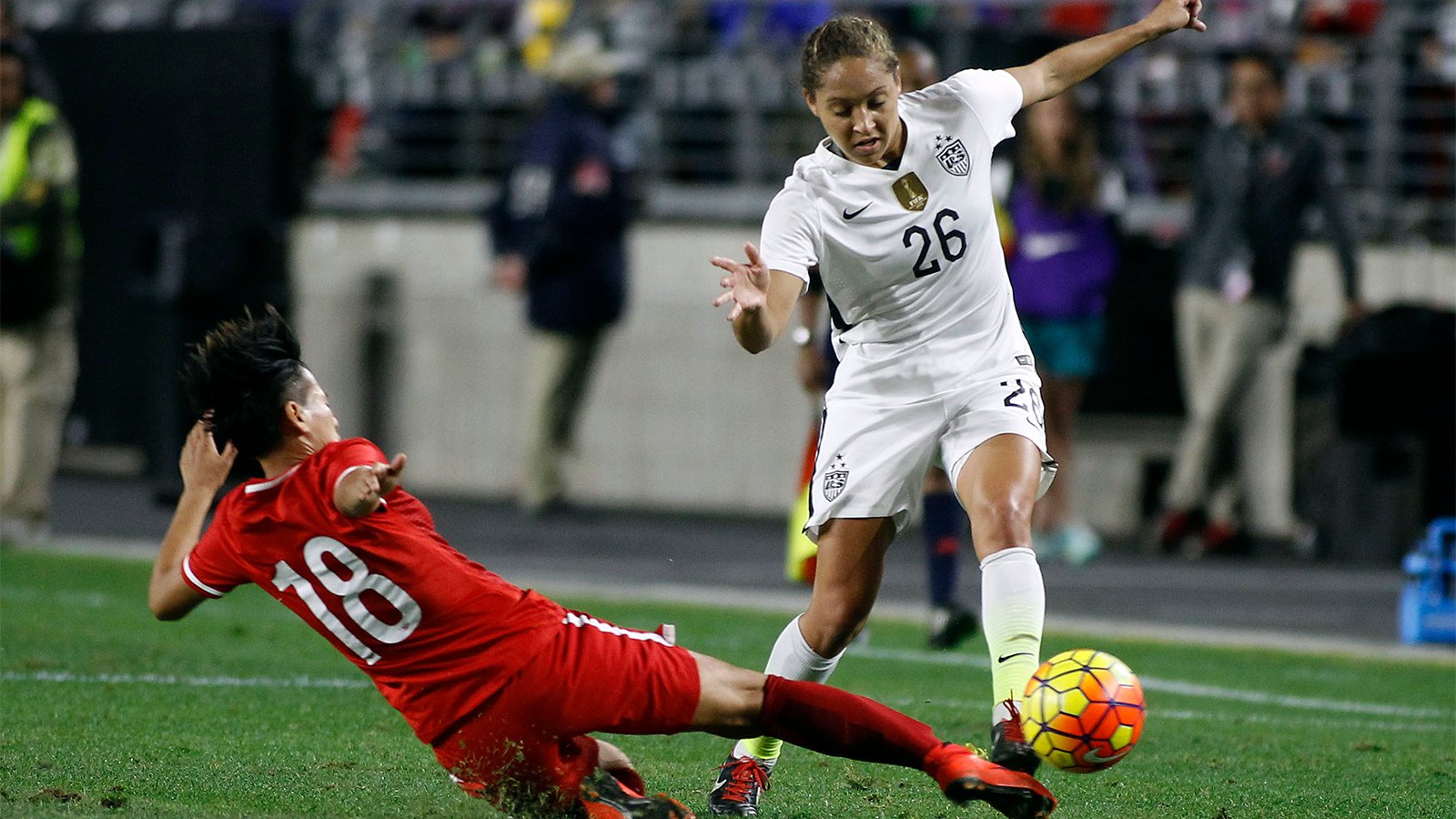 The United States' Jaelene Hinkle, right, handles the ball during an international friendly soccer match against China, in Glendale, Ariz., on Dec. 13, 2015. Hinkle revealed she decided not to play for the U.S. women's national team last year because her Christian faith prevented her from wearing a jersey that commemorated LGBTQ Pride Month. Hinkle revealed the reason for her decision last June in an interview posted May 30, 2018, on The 700 Club website. (AP Photo/Ralph Freso)
July 31, 2018
Paul O'Donnell

(RNS) — At a women’s professional soccer game in Portland, Ore., in May, two groups were making noise from the seats: locals rooting on the hometown Portland Thorns, and another set of voices who had come out expressly to boo one player, Jaelene Hinkle, a defender for the visiting North Carolina Courage.

A few days before, Hinkle had elaborated to the Christian Broadcasting Network on the “personal reasons” that had kept her from joining last year’s U.S. women’s national team: Her Christian faith was at odds, she said, with the rainbow-splashed jerseys the team had recently adopted to celebrate LGBT Pride month.

“I just felt so convicted in my spirit that it wasn’t my job to wear this jersey,” she told CBN.

In Portland, a sign in the stands read, in rainbow letters, “Personal Reasons.”

Jennifer Bryson, a political scientist who works for the Religious Freedom Institute in Washington (and who is a huge soccer fan), has been following the case of the rainbow jerseys since they were first adopted in June 2017. Bryson has bemoaned Hinkle’s situation and the pride-focused jerseys themselves — not to mention the NFL’s national anthem controversy — as a politicization of sports, which she calls “one of the last bastions of civility and inclusivity in America.”

Inclusivity of American sports, of course, is a somewhat recent phenomenon, but Bryson has a point that we seem to moving backward. If nothing else, she noted, the body that governs U.S. women’s soccer violated international football’s own rules forbidding the display of political messages.

According to the International Football Association Board, whose rules have been adopted by FIFA, the international soccer governing body,  “Equipment must not have any political, religious or personal slogans, statements or images.”

World soccer may be inconsistent in permitting the U.S. women’s team’s jersey, and I don’t presume to know what kinds of accommodations may have been offered to Hinkle. But Hinkle's nasty treatment in Portland is a bigger problem for progressives who are committed to policing dissent from their political and moral orthodoxies.

The most obvious glitch is that the same enlightened white fans who harassed Hinkle for acting on her evangelical Christian faith would be aghast to see a Muslim player berated from the stands for choices she made based on her faith.

Indeed, there was consternation in the Western press in 2011 when FIFA barred the Iranian women’s team from playing in uniforms that respected the customs of hijab or when the Canadian player Asmahan Mansour was tossed from a game in Quebec in 2007 for wearing a headscarf. Ibtihaj Muhammad, a fencer who was the first woman to represent the United States at an Olympics while wearing a hijab two years ago, has been lionized again lately as she goes on tour for her memoir, titled “Proud.”

Liberal approval of these faith-based heroes doesn’t depend on an agreement with Muslim customs regarding modesty or gender equality. It’s the struggle to be oneself that matters. 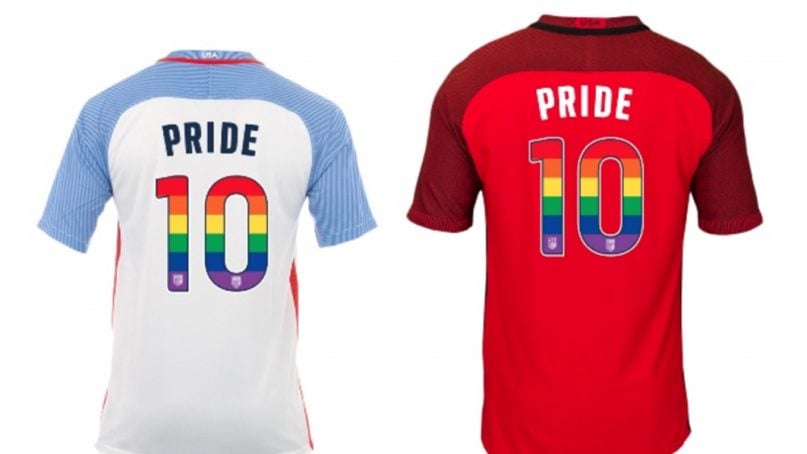 Hinkle made no public demands that the jerseys be banned. She only denied herself the hard-won honor of representing her country on the field because she feels that her obedience to God prevents her from celebrating what she believes is sinful. The celebration of LGBT pride has reached a point where even tacit rejection of the LGBT view of progress is enough to alienate someone.

We need to turn down the temperature in the culture wars. We need to resist the penetration of ideological polarization into matters of conscience. We should reject an insistence on consensus that subverts our national ethic of respect for minority views, and we should be suspect of the corporate machines that profit from these easy affirmations.

In the near future, sports — by which I mean a wide range of high school and college coaches and administrators — will be deciding questions of fairness in competition when it comes to transgender athletes.

This progress will be controversial enough. We’ll need to grant everyone patience to process and accommodate the coming changes. To lay the ground for future change, at a minimum, we need to honor the consciences of athletes, coaches and others who do not wish to celebrate moments like LGBT pride, if only by stepping aside when they can’t sign on.

For that kind of patience we might look to the athletes themselves, who play their hearts out beside people of all kinds as they rise to the top of their sports.

After the Supreme Court approved same-sex marriage, Jaelene Hinkle wrote on Instagram, “My heart is that as Christians we don’t begin to throw a tantrum over what has been brought into law today, but we become that much more loving."

The tantrums are a bad look for both sides of the culture war. Let’s follow our athletes’ example and pursue both excellence and tolerance.