(RNS) — Maple syrup can be kosher. But it isn’t always, and Jews who aspire to keep kosher can be hard-pressed to spot the difference.

That’s because syrup-makers often use pig fat and other nonkosher animal products to prevent their tree sap from boiling over as it condenses, said Rabbi Berel Bell during a seminar at the National Jewish Retreat in Providence, R.I., on Wednesday (Aug. 1). It was one of the many topics covered at the retreat, which drew about 1,200 participants, organizers said.

“It’s 100 percent maple syrup except for the pigs swimming in it,” said the Montreal-based rabbi, noting that technically the fat was not an ingredient but a “processing agent.” 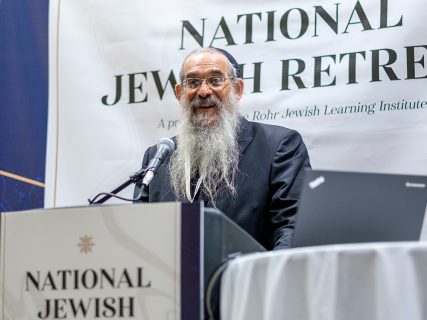 The National Jewish Retreat is hosted by the Rohr Jewish Learning Institute, located in Brooklyn. The institute is an outgrowth of Chabad, a Hasidic movement whose leaders emigrated from war-torn Eastern Europe to the U.S. in the early 1940s to uplift Jewish communities of all persuasions around the world. The institute has organized annual retreats around the U.S. since 2006.

In a time when American and Israeli Jews often don’t see eye to eye, and when technology and economic uncertainty are upheaving religious norms, organizers say the National Jewish Retreat gives the Jewish community peace and presence of mind, in part by drawing attendees back to their traditions.

“This is a crazy world,” said Inbar Mitzman, an Israeli native who has lived in New York for 40 years. “If you don’t incorporate some philosophy consciously into your life, it is impossible to sustain and move through the ups and downs.”

The events at the retreat reflected issues that Jewish folks face every day, usually with a self-help bent. Seminars this year covered keeping kosher when big corporations dominate the food chain, anti-Semitism online and on college campuses and the Torah’s advice on confronting bullies.

“(The events) are anchored in the age-old pillars that have been enablers of Jewish continuity,” said Rabbi Efraim Mintz, director of the Rohr Jewish Learning Institute. “That is a theme that keeps on emerging and re-emerging, whether it’s in Talmudic study or even medical ethics.”

Gheula Canarutto Nemni, an Italian business ethics professor and novelist, presented a seminar on how neuroscience has demonstrated how behavior impacts relationships in a manner that Jewish scholars have been advocating for millennia. 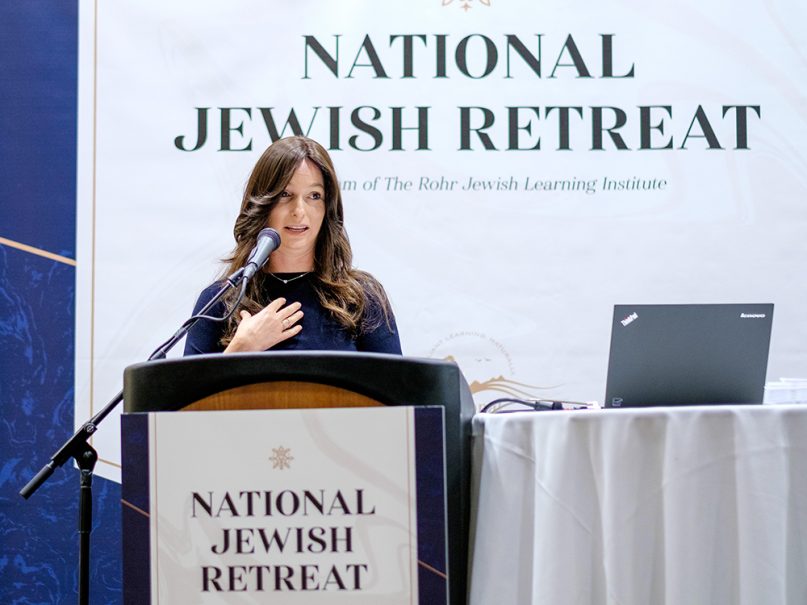 Those lessons could appeal to anyone, of course, but retreat participants “are very aware that they are practicing Judaism in a world of change,” said Stephen Smith, executive director of the Shoah Foundation at the University of Southern California.

This year’s retreat attracted both young and old.

Alex Taglieri, an engineering student at Worcester Polytechnic Institute, said he’s struggled to know whether to seek guidance from Judaism or his studies. In the recent past, he said, local elders could dispense wisdom to youth based on their treasure trove of experience. Today, Google can crunch more data than the rabbis could ever dream of. But both Jewish and secular scholars subjected their thoughts to intense scrutiny, he said.

Irving Schild, 87, wanted to pass on his wisdom and obtain some more. A Belgian-born Holocaust survivor who recounted escaping concentration camps in France and Italy with his father as a child, he became a successful commercial photographer and professor at the Fashion Institute of Technology after immigrating to the U.S. at the end of World War II. 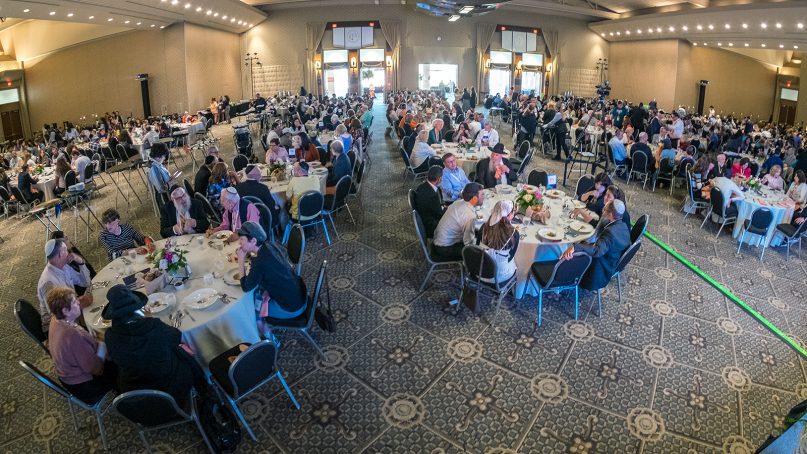 “This is the greatest country. I’m very thankful for the opportunity that I had to be here,” said Schild, who supported President Trump for his recognition of Jerusalem as the capital of Israel. Trump’s critics should tone down their rhetoric, Schild said.

“I’m frightened right now about where we are going in this country,” he said. “I think the country is split.”

The Jewish community is familiar with such divisions, he added.

“Judaism is a very difficult religion,” said Schild, noting that keeping kosher, celebrating holidays that few others share and following other rules can alienate Jews from non-Jews. By contrast, the retreat was a safe space and opportunity where he and other Jews could renew their identities, both ethnic and religious, and tap into a refreshing sense of kindredness.

“It brings you in contact with what’s going on,” Schild said. “I come here to be with my people.”